SHAMIMA BEGUM could be arrested and investigated if she returns to the UK, a police chief has said.

Metropolitan Police Commissioner Cressida Dick said the 19-year-old could expect to be ‘spoken to’ if she comes back to Britain.

The initial police stance when Ms Begum left the UK in 2015 was that she may be treated as a victim of grooming, but the Scotland Yard chief said today: ‘We’re a long way down the road since then.’

Ms Begum fled her east London home aged 15 to travel to Syria to support Daesh, but now wishes to return home for the sake of her third child, who was born at the weekend. Her two older children have died. 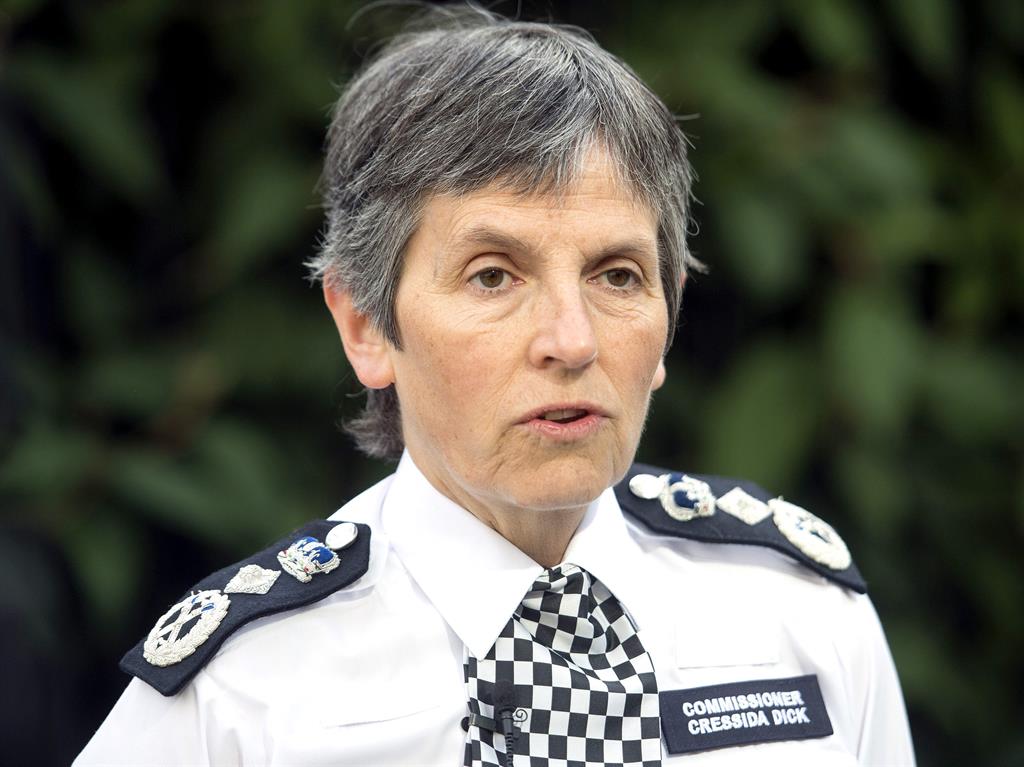 Today, Ms Dick said: ‘If she does, under whatever circumstances, arrive at our borders, somebody in her type of circumstances could expect, of course, to be spoken to and, if there is the appropriate necessity, to be potentially arrested and certainly investigated.

‘The officers will deal with whatever they are confronted with.’

There are currently plans to change the law to make travelling to certain terror hotspots a criminal offence, but this would not apply retrospectively to Ms Begum.

Around 425 suspected jihadi fighters are thought to have returned to the UK from Syria so far.

Ms Dick said: ‘This case and other cases that are talked about in the same sentences just really underline how awful the circumstances are and have been in Syria and just how dangerous it has been, and would continue to be, for anybody from this country to think of travelling there — dangerous physically and dangerous legally.

‘If there is insufficient evidence for a prosecution it is our job to look at the threat they pose if they are returning from Syria and we do that with every single person who comes back from Syria and then manage the risk with colleagues in the (security and intelligence) agencies.’

In 2015, when Ms Begum had just left the UK, then chief of counter-terror policing Sir Mark Rowley suggested that she might be treated as a victim of grooming.

Talking generally about the number of returnees from Syria, she said that some who cannot be prosecuted may ‘still require a considerable amount of monitoring’.

‘That puts a lot of pressure on resources. But it’s very hard to know the scale of this right now — how many people will come back, and what threat they may pose.’