THE detective struck down by novichok following the nerve agent attack on former Russian spy Sergei Skripal has urged viewers of TV’s The Salisbury Poisonings to ‘cut my wife some slack’.

In the BBC dramatisation of the attack, Sarah Bailey — played by Annabel Scholey — lashes out at police after being told she can no longer see her husband, Det Sgt Nick Bailey, who is fighting for his life in hospital.

She also defies their instructions to stay away from the family home so it can be decontaminated, returning instead to pick up treasured possessions and their cat.

The scenes prompted some social media users to criticise her behaviour. One, Philip Lickley, tweeted: ‘Yeah let’s drink from a glass in a house potentially covered in life ending toxin.’ Another, @corradojc, posted: ‘Change the bloomin bed linen, they’ve just told you your husband has been poisoned!’

Yesterday, Det Sgt Bailey — played by Rafe Spall — tweeted: ‘I’ve seen quite a bit of negativity towards my wife regarding episode 2 and the way she handled it.’ He added: ‘Those scenes with Sarah could never truly reflect the extreme emotion and trauma she went through that day. Cut her some slack and be kind.’ 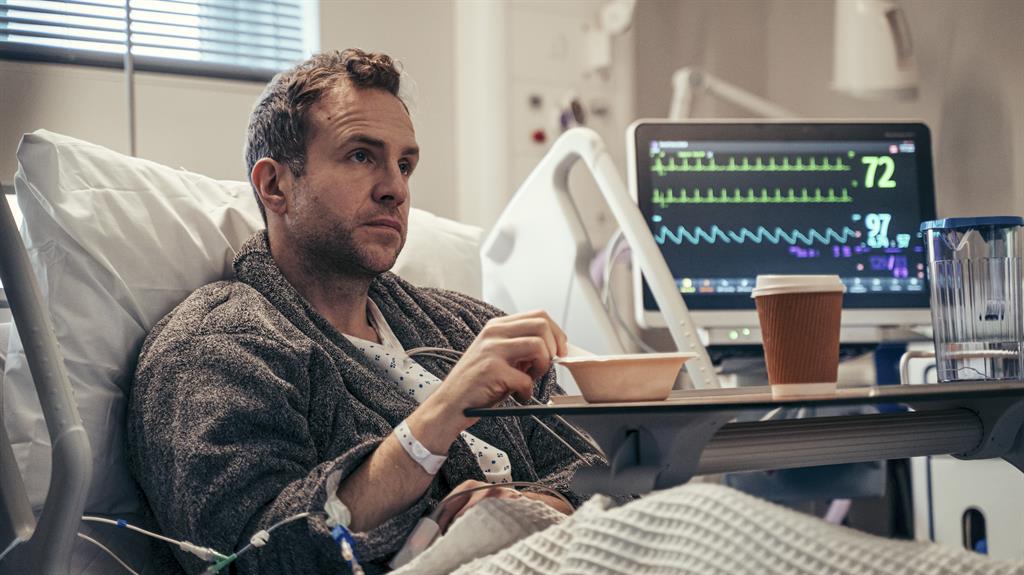 Sarah herself posted a light-hearted tweet after the first episode on Sunday night. She wrote: ‘I’d like to point out I changed the bed (twice), bleached everywhere. I was never told I couldn’t touch Nick and he’s never made tea by putting the milk in first!’

The Russian novichok attack in March 2018 sparked a national emergency and led to a political storm. 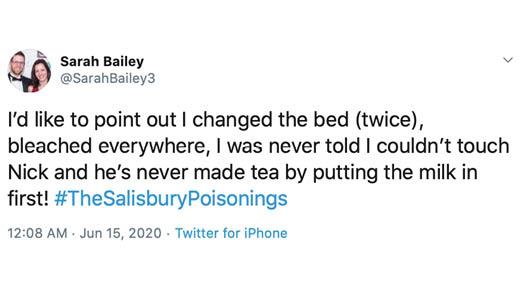 Det Sgt Bailey ended up in hospital, along with targets Mr Skripal, 66, and his daughter Yulia, 33. All three recovered but Dawn Sturgess, who found a bottle of the nerve agent, died after thinking it was perfume.

Viewer Faye Tryhorn described the Baileys’ experience as her ‘worst nightmare’. She said: ‘You’re both incredible, don’t let anyone tell you any different.’