FOOTBALL superstar Cristiano Ronaldo has tested positive for the coronavirus, the Portuguese soccer federation has revealed.

The federation said Ronaldo, 35, was doing well and had no symptoms. It did not say when he tested positive.

Former Manchester United and Real Madrid forward is widely recognised as one of the greatest players the world has ever seen.

He had played in both of Portugal’s matches so far during the international break — the 0-0 draw at France in the Nations League on Sunday, and also in the 0-0 draw against Spain in a friendly last week.

Ronaldo is in isolation and has been dropped from the country’s Nations League match against Sweden tomorrow. 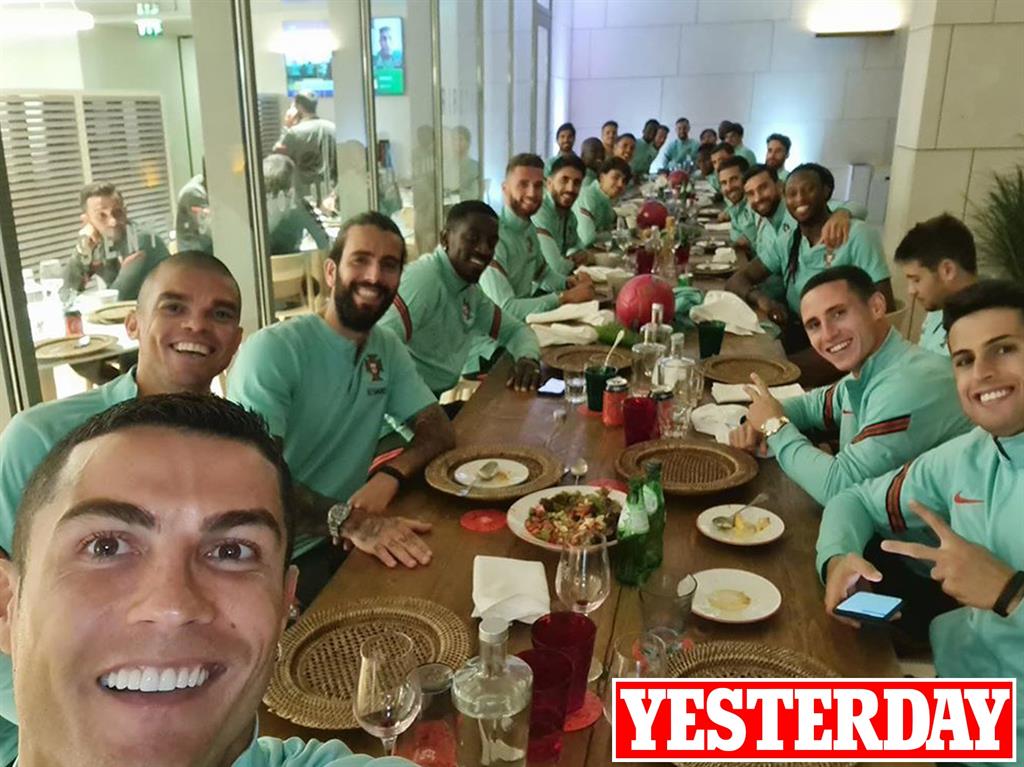 Yesterday, the Juventus forward posted a photo on Twitter (pictured above) showing him and the rest of the Portugal squad having a meal together. The players were all close to each other at a table, with Ronaldo apparently taking the photo himself at the front end.

Along with the tweet, Ronaldo wrote, in Portuguese, ‘United on and off the field!’

The federation said Ronaldo’s result prompted another round of tests for the rest of the Portugal squad. It said everyone else in the team tested negative.