A GROUP of intrepid cricketers shattered a world record by playing non-stop for seven days.

Players from Blunham Cricket Club in Bedfordshire battled through torrential rain that left the fields submerged in water to beat the previous record of 150 hours and 14 minutes on Saturday.

The team announced in a tweet it had completed 168 hours of continuous play and said it would be a ‘lasting memory for so many people’.

Club captain George Hutson, 25, said the record attempt, which was held to raise money for local charities and improve the club’s facilities, tested the players.

He said the during the matches, where they also played in 32C, the cricketers were mentally and physically ‘shot’.

He said during the storm the team had 22 people playing while 50 people were holding up gazebos. 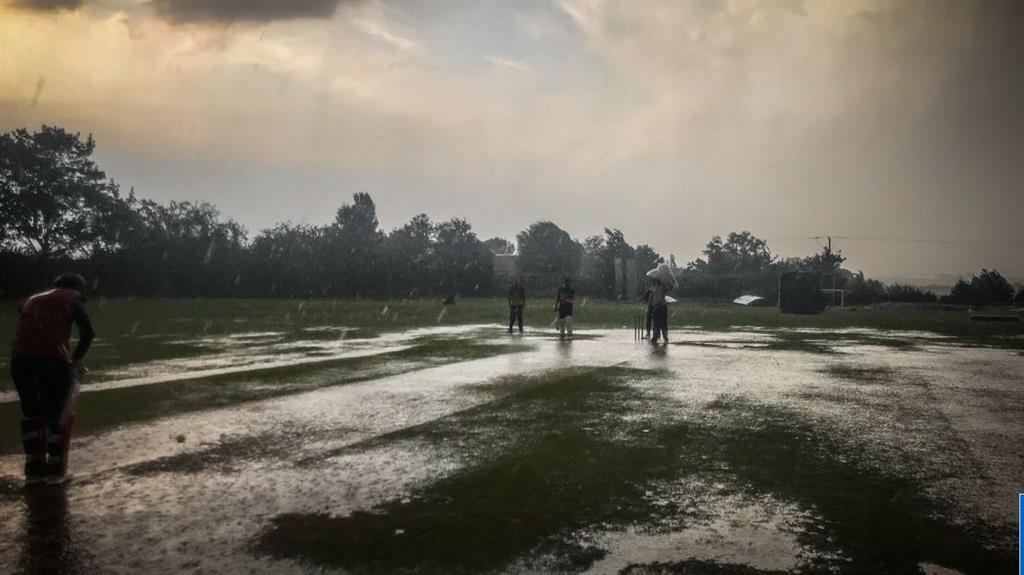 Blunham regained the record, having already broken it twice in 2008 and 2010, by beating the time set by Loughborough University Staff.

Under the rules, each team must bat for three hours before the players get half an hour’s rest — so finding time to sleep is a major challenge.

Earlier this week, the cricketers could be seen playing on through driving rain, determined to complete the feat.

It led Mr Hutson to say: ‘It’s been up and down, emotional — we’ve just got to keep going.’

The record attempt ended on Saturday at 4pm.