A SIMPLIFIED welfare system where you’re guaranteed to get more money if you’re in work than out of it sounds like an idea that everyone can get behind.

The principles of the government’s Universal Credit scheme — which consolidates benefits into a single monthly payment — are very noble.

As so often, however, it’s the implementation that’s the problem.

Millions who are already on the breadline could lose as much as £200 a month. For people trying to budget so they can put healthy meals on the table for their kids, or the elderly who are desperate to turn on the heating as the weather gets colder, that’s an awful lot of money.

Universal Credit was intended to ensure there was fairness in the system and it always paid to be in work, but fell victim to budget cuts which made fulfilling its aims much harder (for politicians who want to balance the books, finding savings from the welfare budget can seem like the easy answer).

Now a potential crisis is looming. Last week on Sophy Ridge on Sunday, shadow chancellor John McDonnell announced that Labour would scrap the system, piling more pressure on the government.

At the moment, those on Universal Credit tend to be young people without children — the easiest group to deal with. But next July an extra 2million people will be moved onto the system, including around a million working families and 750,000 people unable to work through illness or disability.

Theresa May has said low-income families will be protected and the roll-out will be small scale to make sure they get it right. The government also credits the system with helping achieve record employment levels.

If the problems in the system aren’t resolved, however, some of the lowest paid people could suddenly find life a lot harder. With Brexit all-consuming, the government can’t take its eye off the ball where Universal Credit is concerned. Is the new system really about helping people into work, or saving cash? It’s the kind of issue that elections are decided over.

Thank U2: Bono can fix Brexit

FINALLY someone has come along with a solution to heal the bitter Brexit divisions.

On a trip to Brussels, U2’s Bono said: ‘As an artist, I think I probably have a role to play in romancing the idea of Europe and help seeing it as something warm-blooded. Europe is a thought that needs to become a feeling and I am in service of that.’

How wonderfully self-sacrificing from our Brexit saviour…

Diversity is not just for womxn 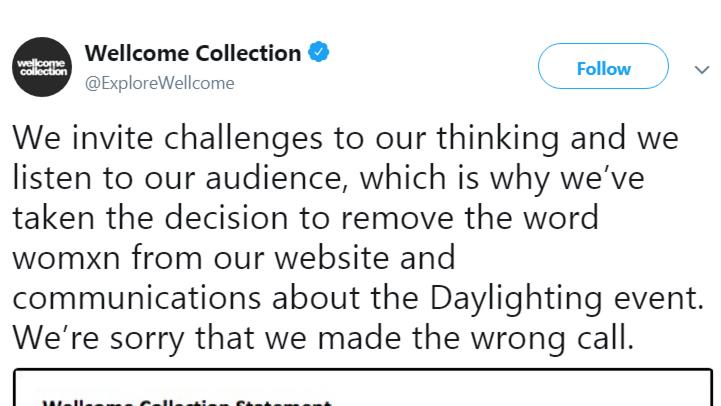 THE Wellcome Collection — a museum in London — apologised yesterday for using the word ‘womxn’ in a marketing campaign.

At the time they explained the change in spelling by saying it was designed to signal inclusivity and ‘diverse perspectives’.

I look forward to the word ‘mxn’ being used in the future… or is it only women who are expected to change to include ‘diverse perspectives’ while men get to stay exactly the same?

Doncaster-bound to see what kind of Brexit they want

FOR Sophy Ridge on Sunday this week, I’m travelling to Doncaster in Yorkshire, where seven out of 10 people voted to leave the EU. I’m keen to find out what kind of Brexit people were hoping for. Would they prefer a no-deal scenario to a compromise? Let me know your thoughts on Twitter too @sophyridgesky. We’ll also interview Labour MP for Don Valley, Caroline Flint, on the 9am Sky show.