CRAIG OVERTON and James Bracey took their chance to impress as England’s cricketers emerged from lockdown on the first morning of an internal squad match at the Ageas Bowl.

The last time an England side took the field was 111 days ago during a warm-up match in Colombo — a game and a tour that was abandoned as the coronavirus pandemic took hold — and here there were two teams wearing the Three Lions: Team Stokes and Team Buttler.

Ben Stokes will captain next week’s first Test against the West Indies and it was he who won the toss, opting to bowl first on a cloudy morning in Southampton as Jos Buttler’s men reached 70 for one at lunch.

Somerset seamer Overton (pictured top) was the pick of six bowlers, sending down a spell of 6-4-7-1, dismissing Rory Burns for 21 off the outside edge. 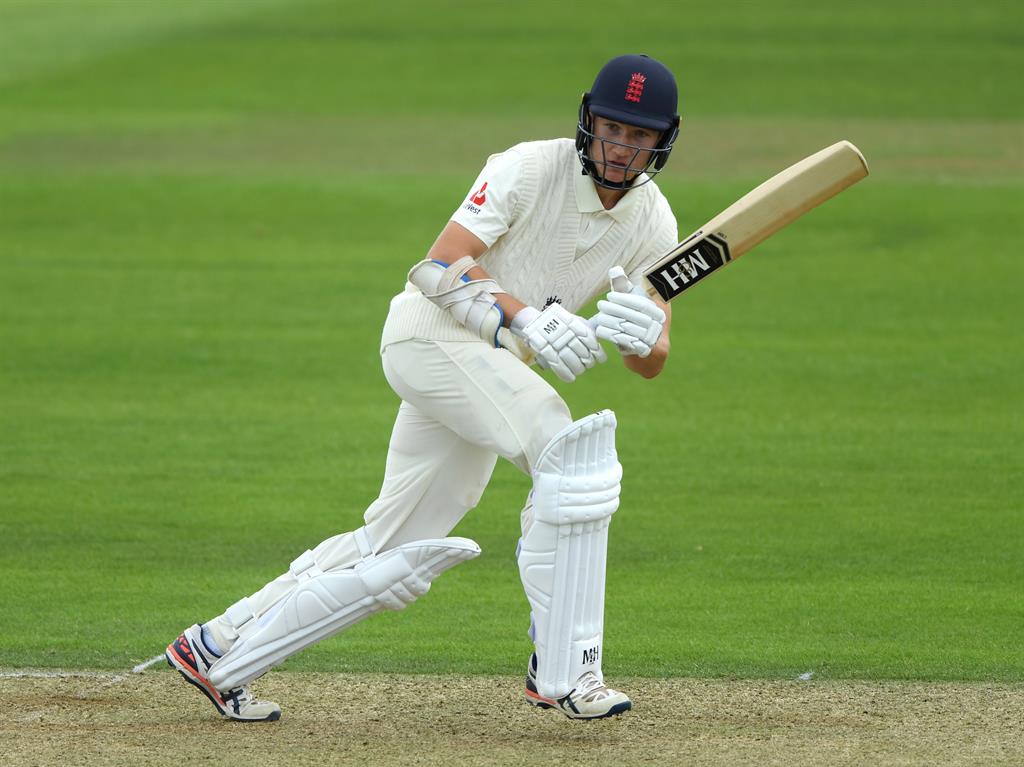 Uncapped Gloucestershire prospect Bracey (above) will be equally happy with his morning’s work, batting carefully throughout the session for 33 to begin establishing his credentials.

Lancashire’s Saqib Mahmood was asked to kick things off from the Pavilion End, starting with a loosener that snaked down leg and off for four byes. While Burns would have welcomed the soft start, Ben Foakes — keeping wicket ahead of Jonny Bairstow — might have raised an eyebrow at the lack of a ‘wide’ signal.

Mahmood was into his stride a few seconds later, revising his line and beating the outside edge at decent pace.

Of the four players involved in the opening exchanges both Mahmood and Bracey are uncapped in Test cricket, while Burns and James Anderson were making their first appearances in six months.

Both were injured during the tour of South Africa, Burns rupturing ankle ligaments on the eve of the New Year Test in Cape Town and Anderson breaking a rib during that victory.

The pair eased into their work, Burns off and running with four through third man while Anderson got through nine solid overs across two spells.

Overton’s brought a flourish from Bracey, who stroked his best shot of the morning through extra-cover, but also an error. He had 14 to his name when a nick carried through to Stokes — but the skipper parried it as he dived in front of Dom Sibley.

The Somerset seamer showed off a decent bouncer as he dried up the runs and soon had the first breakthrough. Burns felt outside off stump and saw the nick gathered low by Foakes.

Team Buttler edged past 50 in the 17th over but Bracey and Joe Denly found scoring hard leading up to the break, notwithstanding the latter’s late six off Jack Leach.