AROUND one in four NHS doctors is off sick or in isolation, the head of the Royal College of Physicians (RCP) has said, as a leading expert revealed there were signs of a slowdown in Covid-19 hospital admissions.

Professor Andrew Goddard, president of the RCP, said about 25 per cent of the doctor workforce was off, either with coronavirus or because a family member or housemate was ill.

‘At the moment, we think it’s more doctors self-isolating with family members, though there are some off sick themselves,’ he said.

‘This is really impacting a lot in emergency departments and London is in a much worse position than elsewhere at the moment, but it will come to other places. 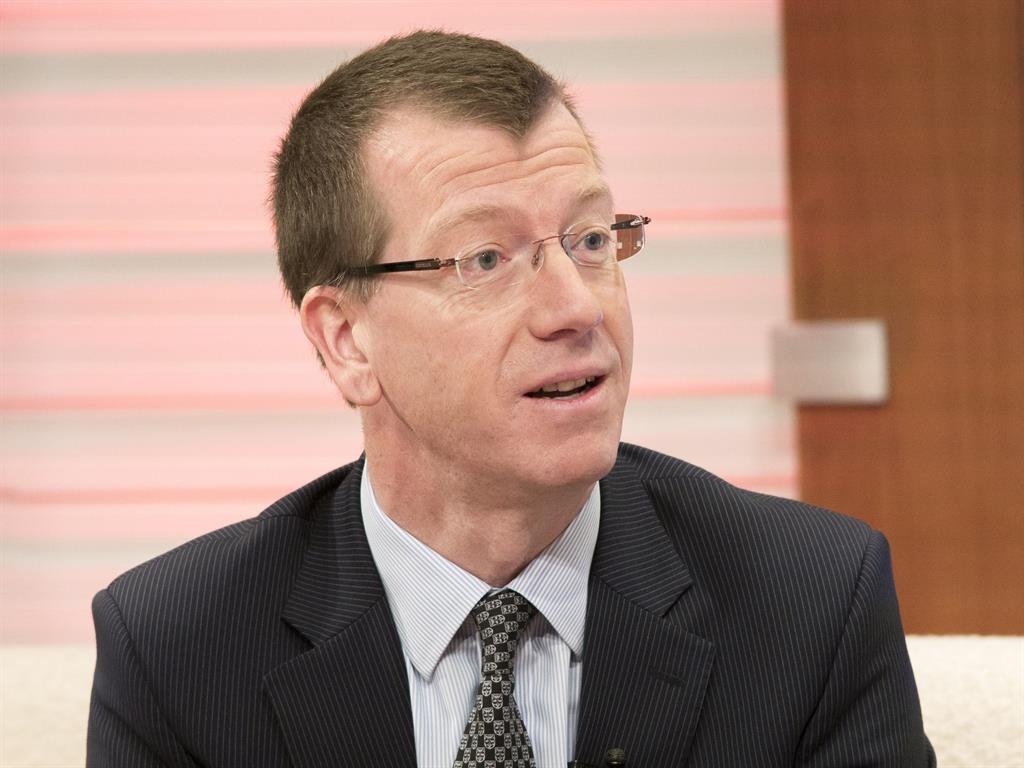 Asked about the pressure on intensive care units, Prof Goddard said: ‘Some hospitals are really at the limit. Within London it’s very, very difficult at the moment, you can’t underestimate how difficult it is.’

He said it was unclear whether the 25 per cent off work would be a ‘rolling number’ or whether it could ease as testing of NHS staff increased and people came out of isolation.

‘Of course, the worry is we will lose more people to Covid-related illness,’ he added.

The Royal College of Nursing (RCN) said yesterday that around one in five nurses had taken time off work to self-isolate.

Meanwhile, Professor Neil Ferguson, from Imperial College London and author of a report warning of mass deaths if the UK did not introduce strict controls, said there were signs the rate of hospital admissions was slowing.

Sir Simon Stevens, chief executive of NHS England, said on Friday that more than 6,200 patients were in hospital with Covid-19.

But today, he said this figure had jumped to more than 9,000.

It comes as Dominic Cummings (below), the prime minister’s chief adviser, became the latest in Westminster to self-isolate after developing symptoms.

He joins Boris Johnson, health secretary Matt Hancock and England’s chief medical officer Professor Chris Whitty who are all in self-isolation due to Covid-19. 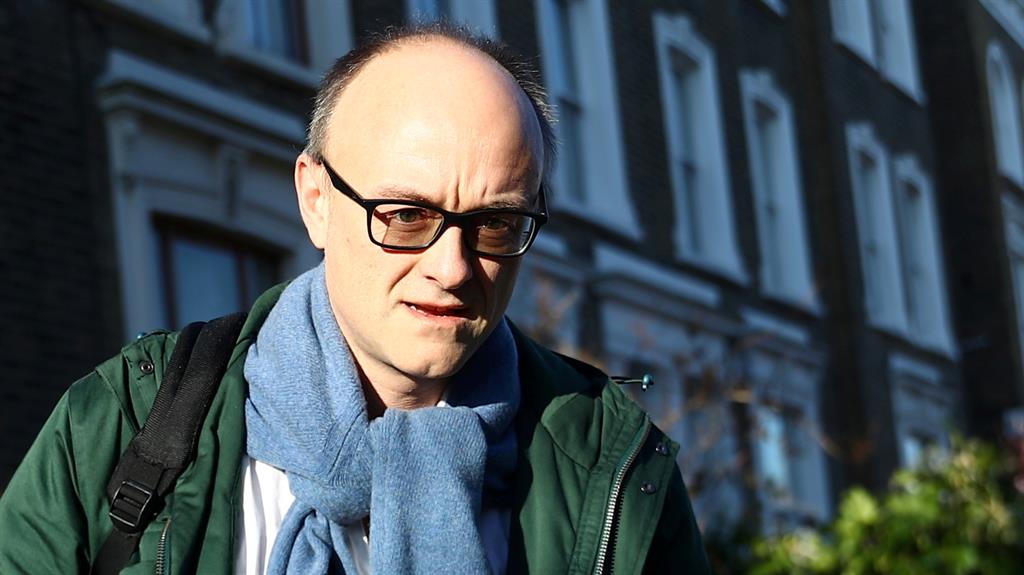 Prof Ferguson said social distancing measures brought in by the government appeared to be having an effect on the numbers.

‘In the UK we can see some early signs of slowing in some indicators — less so deaths because deaths are lagged by a long time from when measures come into force,’ he told BBC Radio 4’s Today programme.

‘But if we look at the numbers of new hospital admissions, that does appear to be slowing down a bit now.

‘It has not yet plateaued, so still the numbers can be increasing each day, but the rate of that increase has slowed.’

Prof Ferguson said the epidemic was spreading at different rates in different parts of the country, but across the UK perhaps two per cent or three per cent of the population had been infected.

Based on the estimated UK population of 66million, this would mean between 1.3million and 2million people have or have had the illness.

■ The government and commercial airlines have formed a new arrangement to rescue tens of thousands of Britons stranded abroad by coronavirus.

■ The owner of British Airways has extended by a year a credit facility which allows it to borrow from its lenders, as easyJet grounded its entire fleet.

■ The Prince of Wales (below), who tested positive for coronavirus last week after developing mild symptoms, is now out of self-isolation at his Birkhall home in Scotland. 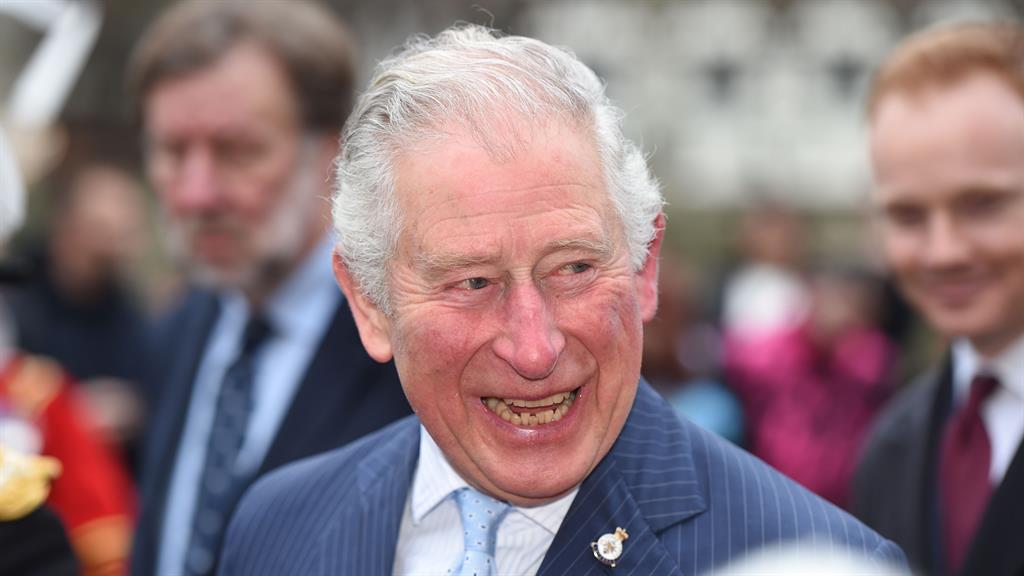 ■ A repatriation flight from Peru has landed at Heathrow Airport.

■ Metropolitan Police Commissioner Cressida Dick has told officers that new powers to enforce coronavirus lockdown rules should be used only as a last resort.

Public Health England (PHE) announced that almost 11,000 coronavirus tests a day can now be carried out, although a health minister suggested just 7,000 were performed yesterday.

PHE tweeted that ‘testing capacity for patient care’ was 10,949 a day. The latest figure for the daily number of Covid-19 tests conducted in the UK is 9,114, as of 9am on Saturday.

The government had set a target of carrying out 10,000 tests a day by yesterday.

Mr Hancock and Cabinet Office minister Michael Gove both declared yesterday morning that the 10,000 figure had been reached.

But care minister Helen Whately told the Today programme: ‘The actual number that was tested on the day in question [Sunday] was I think around 7,000.

Today, University College London (UCL) announced a breathing aid that could help keep Covid-19 patients out of intensive care had been developed by mechanical engineers, medics and the Mercedes Formula One team.

The device, known as continuous positive airway pressure (CPAP), has been used extensively in hospitals in Italy and China to help coronavirus patients and bridges the gap between an oxygen mask and the need for full ventilation.

Downing Street said the NHS had been given the go-ahead to order as many of the machines as it needed after trials were successful.

She said the nation would not be in ‘complete lockdown’ for half a year but said measures would be lifted gradually.

A sudden lifting, she said, could see the nation’s sacrifices ‘wasted’ with another spike in deaths.

In a video message from within his flat above No.11 yesterday, the PM praised 20,000 former NHS staff who have returned to the service to tackle the pandemic.

‘One thing I think the coronavirus crisis has already proved is that there really is such a thing as society,’ Mr Johnson added.

The NHS also confirmed the death of 55-year-old consultant Amged El-Hawrani at Queen’s Hospital Burton. He died on Saturday.

Other medics who have lost their lives include London-based surgeon Dr Adil El Tayar, who died on Wednesday, and GP Habib Zaidi, who died in intensive care at Southend Hospital, Essex, the same day, from suspected coronavirus.