A GROUP of 11 people who drove 150 miles from their Tier 4 area to go hiking in the Peak District were caught when one of them crashed his car. The men, from Harrow, north London, travelled north in three vehicles on Monday. They were fined £200 each by police after the car flipped near Bamford, Derbyshire, and the driver was treated by paramedics at the scene. It sparked anger on Twitter, with Lee Guard writing: ‘Which part of stay local do they not understand?’ 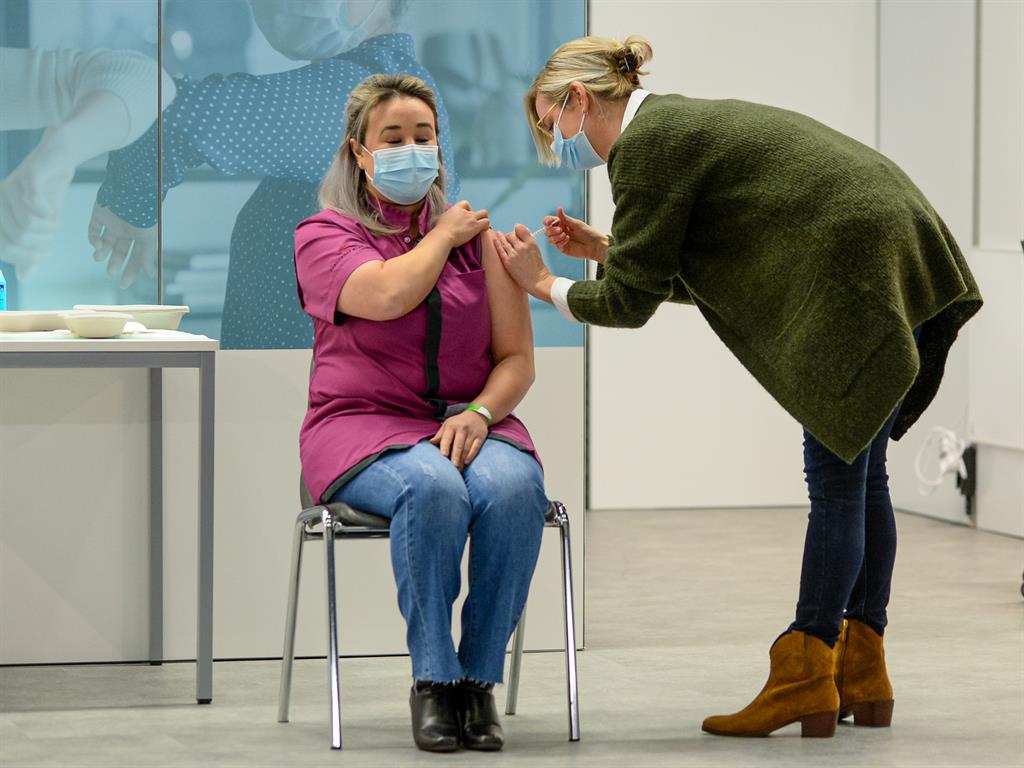 ■ A NURSE became the first person in the Netherlands to receive a Covid-19 shot as the EU’s last vaccination programme began after lengthy delays. Sanna Elkadiri, 39, was shown on live television (above) being given the Pfizer/BioNTech jab. It came amid anger over the slow roll-out after ministers had expected the Oxford-AstraZeneca dose first. Moderna’s vaccine, approved by regulators yesterday, could be rolled out across the EU as soon as next week.

■ ISRAEL is carrying out the word’s fastest vaccine rollout — with young people able to turn up at clinics to receive left over doses at the end of the day. The country has vaccinated almost 1.4million with Pfizer/BioNTech jabs in a fortnight and hopes to inoculate most of the 9.3million population by the end of March. Israel, said to have paid a high price of $30 (£22) per dose, has the world’s highest vaccination rate per capita, says Our World In Data.