Drunk coughed at officers and said he was ill

A DRUNKEN man deliberately coughed at police officers and claimed he had coronavirus after they were called to reports of domestic violence. Darren Rafferty, 45, admitted causing grievous bodily harm to his ex-partner Kerry Manning and three counts of assault on an emergency worker after the early-morning incident in Dagenham, east London, on Monday. Barkingside magistrates’ court heard Rafferty was ‘in drink’ when he visited Ms Manning. He hit her, stamped on her leg and slashed her shoulder with a knife. When police arrived he coughed at them and said he had Covid-19, but tests revealed ‘no concerns’. He was remanded in custody until sentencing on April 1. Meanwhile, Kirsty Findlay, 35, has been remanded in custody after being accused of ‘culpably and recklessly’ coughing on a police officer at Inverclyde Royal Hospital in Greenock. She had earlier been arrested for theft. 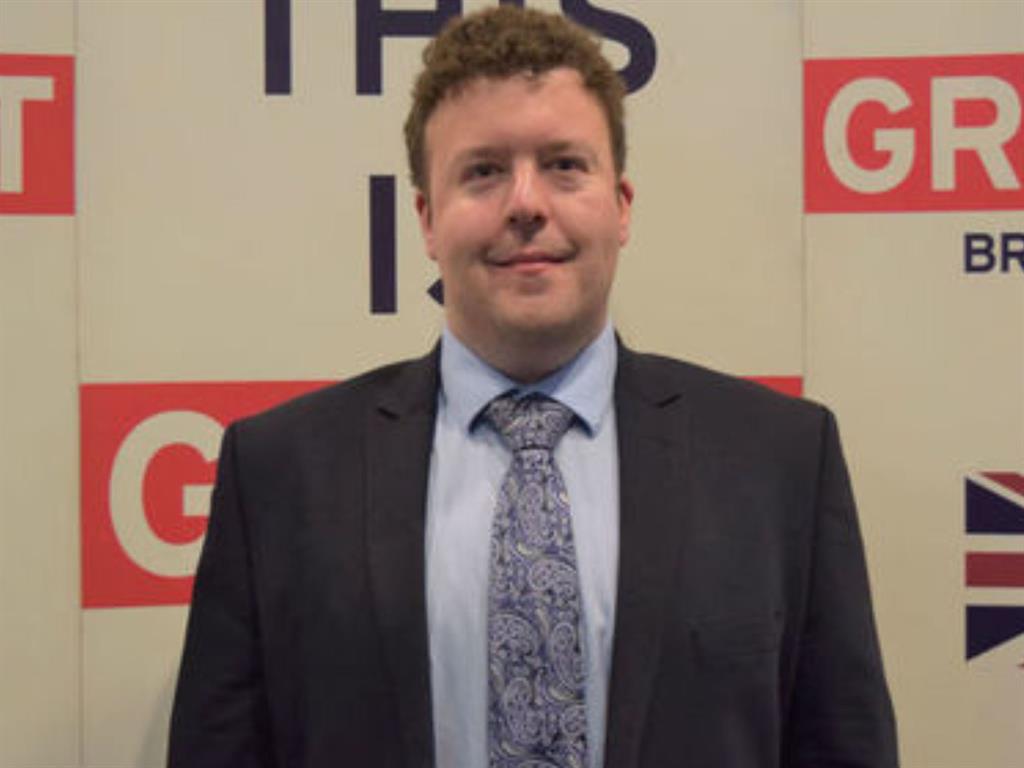 A British diplomat has died in Hungary after contracting coronavirus. Steven Dick (pictured above) was deputy head of mission at the British Embassy in Budapest. He died on Tuesday. The 37-year-old’s parents Steven and Carol paid tribute to the ‘much-loved son, grandson and nephew’. ‘He was kind, funny and generous. It was always his dream to work for the Foreign and Commonwealth Office and he was very happy representing our country overseas. We are devastated by his loss,’ the couple said. Foreign secretary Dominic Raab said: ‘Steven was a dedicated diplomat and represented his country with great skill and passion. He will be missed by all those who knew him and worked with him.’

THE public’s reaction to the pandemic is similar to the stages of grief, according to a top psychologist. Dr Rebecca Semmens-Wheeler, of Birmingham City University, said people are suffering from denial, fear, shock and anger — just like when they lose a loved one. We all like life to be ‘stable and predictable’ — but are now in an ‘overwhelming’ and ‘uncertain’ situation where we are experiencing a loss of control, she said. ‘People deny things and it’s almost a way of deferring dealing with it…they put off accepting that this is the reality because they’re afraid of the implications.’ Dr Semmens-Wheeler said some people will be in shock as they come to terms with the lockdown, while others feel anger towards ‘idiots’ for flouting social distancing rules. People have not reached acceptance of the situation, possibly due to a ‘lack of clarity’.

QANTAS will operate its first non-stop flight from Darwin, Australia, to the UK as Brits struggle to return amid the pandemic. The airline’s Sydney to London service usually stops at Singapore but, due to restrictions, will now refuel at Darwin — in Australia’s Northern Territory — before flying for 16 hours and 45 minutes to Heathrow. The route will operate only this week. It came as NHS staff stranded in Australia accused the government of ‘turning their backs’. Nurse Laura Mclaughlin said she secured a flight but many medics who want to return to help out are stuck. ‘We need to prioritise flights for NHS key workers,’ she said.

CORONAVIRUS testing is to be extended in Australia after nine deaths there so far. Prime minister Scott Morrison announced the move ‘to better prepare our health system’ as reported cases topped 2,500. Cruise ship the MV Artania was refused permission to dock in Perth after 25 of its 800 passengers reported respiratory problems. More than 900 passengers on another ship, the Vasco da Gama, will be quarantined in Perth. Meanwhile, police in New South Wales are fining people A$1,000 (£517) for breaching social distancing rules.

No question, virtual quiz is a lockdown hit

A CAR salesman who set up a virtual pub quiz for friends on lockdown was overwhelmed when 245,000 people globally registered to play. Jay Flynn, 37, of Darwen, Lancashire, said: ‘It was just to keep our spirits up locally.’ His quiz starts tonight on Facebook and YouTube.

In the stars… comet C19 headed for Earth

A COMET is hurtling towards Earth — and it’s called C19. C/2019 Y4 (Atlas), was spotted on December 28 last year — as Covid-19 developed in China. Photographer Jamie Cooper, of Lincolnshire, said: ‘Comets have been feared throughout history as harbingers of doom.’ It will be visible to the naked eye in weeks.

■ TOKYO residents have been told to stay at home this weekend after 41 new Covid-19 cases were reported in one day. Governor Yuriko Koike said Japan’s capital is on the verge of an explosive rise in infections.

■ BORDER checks in South Korea are to be tightened on people from the US over fears of a rise in infections. Domestic cases are down and Seoul has imposed a two-week quarantine on European travellers.

■ ZIMBABWE’S hospital doctors have gone on strike over a lack of protective gear, saying they are ‘at high risk’ from Covid-19 as the country recorded its first death. Neighbour South Africa, with 709 cases, goes into lockdown tonight.