MINISTERS are working to get Britons out of coronavirus-hit Hubei province in China, as Public Health England acknowledged the first UK case was likely to come from somebody already in the country.

In an updated statement, the Foreign Office said anyone in the province who needed assistance could call a 24-hour helpline.

A spokesman said: ‘We are working to make an option available for British nationals to leave Hubei province due to the heavy travel restrictions and increased difficulty of accessing consular or medical assistance.

‘The safety and security of British nationals is our number-one priority.

‘We continue to monitor developments closely and are in close touch with the Chinese authorities.’

Prime minister Boris Johnson’s official spokesman said: ‘The Foreign Office are in close contact with international partners, including the US and European countries, to investigate possible solutions.’

The move comes as Professor Yvonne Doyle, medical director and director of health protection for PHE, said she expected somebody already in the country to be the first UK case.

She told Sky News: ‘Our view is that, although airports are important, the most likely place that we might find a case is somebody in the country already, and it’s absolutely critical that the public health service and the NHS are ready to diagnose that and are able to designate the person to the right facilities.

‘That’s the most likely scenario we are dealing with.’

Asked if she was alarmed about a UK case, she said: ‘I think, with infections, health is global.

And asked if there could be cases already in Britain, she said: ‘I would expect so.’

Prof Doyle said efforts were continuing to trace the 2,000 people who have entered the UK from China on international flights.

‘We are now looking back to see whether any of them are still in the country, because some of them will have returned to China, but there are moves to identify them,’ she said.

‘It’s not always possible to find everybody but we are working to our best endeavours.’

Prof Doyle said washing hands with soap and water was more effective than wearing a face mask, although face masks were important for hospital staff when dealing with suspected cases.

And she urged anyone who had entered the UK from Wuhan and had fallen ill with a fever, cough or difficulty breathing to contact NHS 111.

Some 73 people have now been tested for coronavirus in the UK, although all have come back negative.

The current risk to the public remains low, the Department of Health has said, adding that the government is continuing to monitor the situation closely.

Earlier today, former foreign secretary Jeremy Hunt suggested airlifts for UK citizens in China could occur and warned of the pressure the coronavirus could put on the NHS.

Asked if he supported flying Britons back from Wuhan and elsewhere, he told BBC Radio 4’s Today programme: ‘I think I would be very sympathetic and I’m sure the Foreign Office would be too.’

He said the NHS was well equipped to deal with patients returning with the virus but warned it could strain the service.

‘This is a very difficult time of year for the NHS — it is the most difficult time. But, again, my experience is that the NHS does know how to cope with these kinds of emergencies.’

The overall number of cases of coronavirus now stands at almost 8,000, with 80 deaths confirmed in China. Hubei province has been on lockdown for several days as China seeks to contain the illness.

Two British teachers working in Wuhan say they have not left their apartment for five days, all transport has been stopped, ‘there is no place to go’ and they are ‘pretty much stuck’. 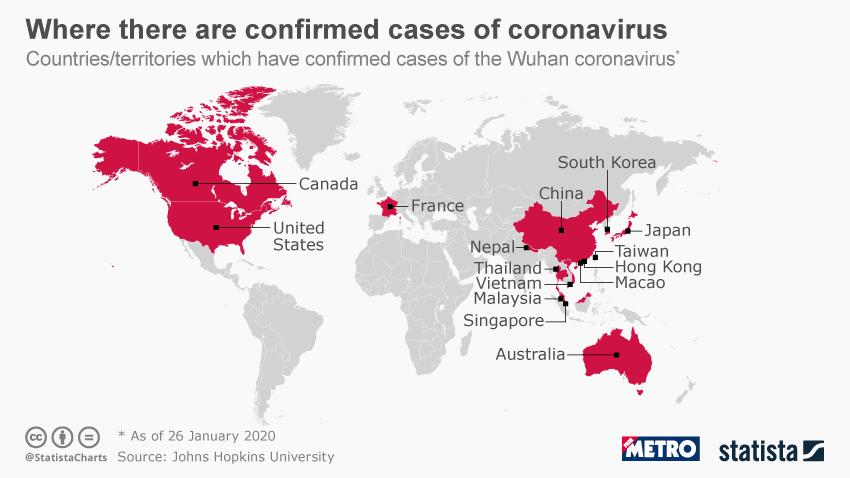 Jason Neal and Sophie Hunt told BBC Breakfast there had been no reassurance from the British authorities whom they had ‘struggled’ to contact, possibly because of the time difference and being closed over the weekend.

They have about five days of food left and are keeping in touch with colleagues online while the scene outside is like a ‘ghost town’.

Ms Hunt said emailing and trying to ring the authorities had brought a ‘useless automated response back from the embassy saying not to go’ to the area.

She feels the Chinese authorities have made the right decision by shutting down the city, adding: ‘All we keep hearing is that the death toll is accelerating every day. All we can do really is sit tight and wait for more news.’

One British man, who had travelled to Wuhan to visit his girlfriend, is stuck in the city after his return flight on February 3 was cancelled, and he described trying to get out of the area as ‘impossible’.

The 29-year-old, who did not want to be named, said: ‘There is no news on when the airport will reopen, therefore the airline [China Southern] have just cancelled the flight.

‘I’ve also had no help from the UK embassy in Beijing who are conveniently closed for the weekend.’

Professor Neil Ferguson, from Imperial College London, said his ‘best guess’ was that 100,000 people had been infected with the flu-like virus.

Authorities in China have cancelled a host of events marking Chinese new year as they expand their measures against the virus.