Lines of patients, many over 80, formed outside some of the seven sites where nurses prepared to immunise thousands at socially distanced tables or cubicles.

Boris Johnson, who visited the one in Bristol, announced that 2.4million people across the UK have already had their jab.

That includes roughly 40 per cent of people aged 80 and above, and 23 per cent of care home residents.

The first patient at Epsom racecourse in Surrey was Moira Edwards, who received the Oxford-AstraZeneca jab at 8.15am.

The 88-year-old said: ‘I had no hesitation at coming forward when it was offered to me. Having this vaccine makes it a step closer to being with my family again and giving them a big hug.’ 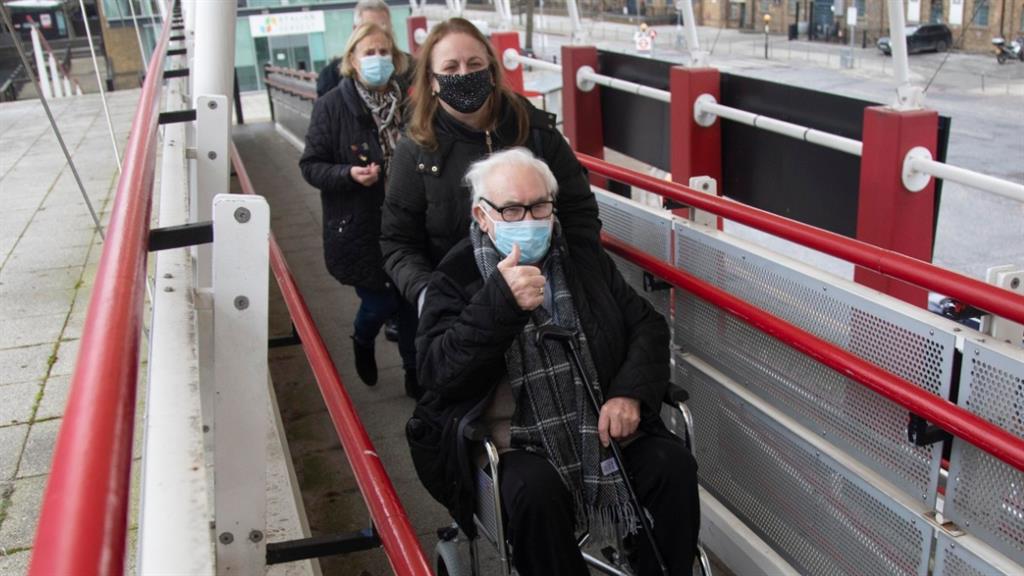 Keith Garwood, 80, a retired insurance claims manager, was injected at Robertson House in Stevenage, Hertfordshire, after months in isolation. He said: ‘As a logistical exercise, it’s been done extremely well, and the care with the NHS is excellent.’

Birmingham’s Millennium Point could soon be vaccinating more than 2,500 people a day, said Dr Peter Ingham, a retired GP now working on the vaccination rollout in the Midlands.

The other sites are at the ExCel Centre in east London, where the city’s Nightingale hospital is based, the Manchester Tennis and Football Centre, Ashton Gate in Bristol and Newcastle’s Centre for Life.Some of the pensioners arriving to be vaccinated at the ExCel said they had been left ‘breathless’ by tackling ramps and queuing for 20 minutes in bitterly cold temperatures. 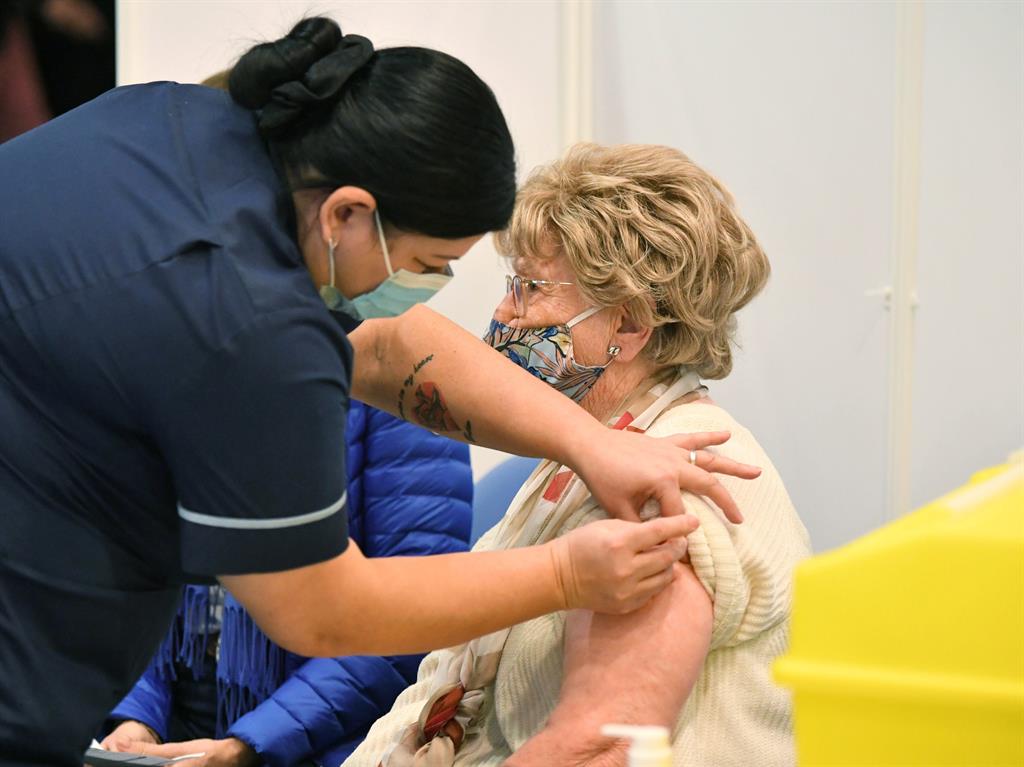 Retired painter and decorator Ron Heath, 85, from Leytonstone, managed to make it halfway up the ramps with the help of his wife Anne and daughter Michelle. He quipped: ‘I’m 85, but it looks like I’ll be 86 by the time I get out of here!’ Security officials found a wheelchair for him to allow him to complete his important journey.

NHS England boss Sir Simon Stevens said almost 375,000 people in England had received a second vaccine dose despite the decision to prioritise giving as many people as possible an initial jab.

He told MPs: ‘There were some second jabs, where that was a clinical decision to do so, given that last week was just a few days after the changed advice from chief medical officers.’

Last night, the government said it planned to vaccinate at least 2million people against Covid-19 every week.

Ministers said that tens of millions of people would be immunised by the spring at more than 2,700 vaccination sites across the UK. Every adult would be offered a vaccine ‘by the autumn’.