BORIS JOHNSON will today attempt to secure a December general election without Jeremy Corbyn’s backing after claiming his rival was ‘snookered’.

The prime minister (pictured above) yesterday failed to secure the votes of two-thirds of MPs for an early poll — as required under the Fixed Term Parliaments Act — with most Labour MPs abstaining.

But he now hopes to bypass the act by making a law that requires an election to be held on December 12.

To get his one-line bill through the Commons, he only needs the votes of a straightforward majority of MPs. And the Lib Dems and SNP had already tabled a near-identical bill for a December 9 election. Talks with the two parties over the date were reportedly under way last night.

Mr Corbyn said he would not back an election until a no-deal Brexit was ‘absolutely off the table’.

And after the PM yesterday accepted Brussels’ offer of a ‘flextension’ to keep Britain in the EU for up to three months after October 31, he claimed the Labour leader was only continuing to oppose going to the country because he was scared of losing.

‘The leader of the opposition has run out of excuses,’ he told MPs.

‘He is snookered and this charade has gone on long enough.’ 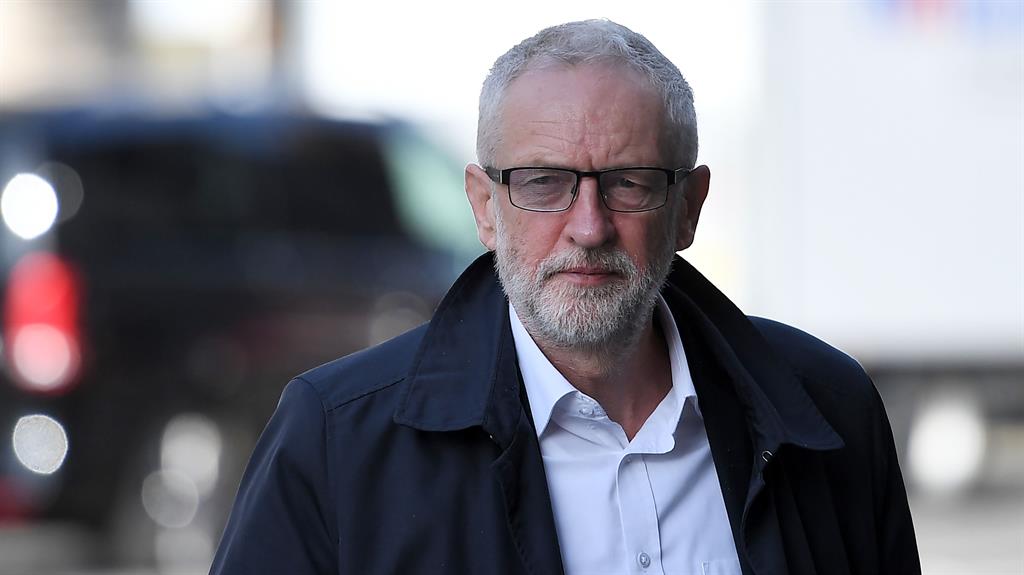 Mr Corbyn (above) attacked Mr Johnson over his ‘do or die’ pledge to deliver Brexit by October 31 after the PM accepted the extension with his withdrawal bill stuck in parliamentary limbo.

‘This is a prime minister that cannot be trusted,’ the Labour leader said.

‘Having illegally prorogued parliament for five weeks for his Queen’s Speech, he now abandons that Queen’s Speech. He got his deal through a second reading, then abandoned it. He promised us a budget on November 6, and then he abandoned that too. He said he’d never ask for an extension, and he said he’d rather die in a ditch. Another broken promise!’

But with the SNP and Lib Dems added to his total, he would have sufficient backing for a straightforward majority.

The Lib Dems, whose preferred date would allow thousands of students to vote in university constituencies before going home for the holidays, did not rule out backing the government.

‘Instead, he has chosen to stick to his original plan for December 12 which we have already rejected.’ The SNP’s Westminster leader Ian Blackford said he would only vote with the PM if he had a ‘cast-iron assurance’ that the withdrawal bill would not be brought back to the Commons before the election was held.

Mr Johnson’s letter to Brussels – formally accepting the flextension – was published by the government as Mr Corbyn was demanding assurances in the Commons for legal confirmation that a delay had been agreed.

The publication of the document may be enough to satisfy him that no-deal is off the table but many in his party are said to fiercely oppose an election.

Shadow home secretary Diane Abbott had to clarify her comments after reports that she had said Labour MPs who don’t want to go to the polls could ‘f*** off’.

She tweeted: ‘What I actually said in Shadow Cabinet today, “in the run-up to 2017 election, some Labour MPs were crying in my office and in the tearoom as if it’s a f***ing funeral, saying Jeremy should stand down, then they all got re-elected with increased majorities”.’

Remainer MPs, who want a second Brexit referendum before an election, criticised the Lib Dems and SNP for backing a December poll.

‘That old style, selfish, tribal party politics is at play,’ said Anna Soubry, of the Independent Group for Change.