THE distraught mother of Caroline Flack told a police officer she ought to feel ‘disgusted’ with herself for demanding the assault charge that prompted her daughter’s suicide.

The Love Island host took her own life because she was to be put in the dock for allegedly attacking boyfriend Lewis Burton last December, coroner Mary Hassell ruled yesterday.

‘If it had been an ordinary person, you wouldn’t have prosecuted,’ mother Christine told the officer at the inquest. ‘I just think you should be disgusted with yourself.

‘I hope in hindsight you regret this. This girl killed herself because you put an appeal through.’ Caroline was found dead at her north London flat by her sister Jody on February 15 — the day after getting confirmation that she would stand trial. It was the last of four suicide bids made after her arrest.

A note was found that read: ‘Please let this court case be dropped and myself and Lewis find harmony.’

Ms Hassell said: ‘I find the reason for her taking her life was she now knew she was being prosecuted for certain and it would all come down upon her. To me, that’s it in essence.’

The hearing was told Caroline was naked and bleeding from gashes to her wrist, deep enough to require plastic surgery, when police were called to her flat by Mr Burton, 27.

She told them she had ‘whacked him round the head’ with a phone because she thought he was cheating on her.

‘There’s no excuse for it, I admit it I did it,’ she confided to officers.

But Ms Bateman said this confession became ‘unclear’ after she was arrested and said she only ‘tapped’ Mr Burton with the phone. Explaining her request for charges, she added: ‘Ms Flack had not expressed any remorse and, if there was a caution, I would be concerned there could be repeat offending.

‘There were aggravating factors such as a weapon being used and the fact the victim was asleep and was attacked while unprovoked. I would absolutely say the same thing again.’ The inquest heard Caroline told police Mr Burton only called them to ‘punish her’, saying ‘you’re f***ed’ as he dialled 999.

Her family accused prosecutors of pursuing a ‘show trial’ against her — and the coroner demanded to know why they changed their mind.

Referring to a report prepared by prosecutors, Ms Hassell said: ‘The fact she is a celebrity and that her career may be affected was highlighted.

Lisa Ramsarran, of the Crown Prosecution Service, said it treated Caroline the same as anyone else and had not been informed of her declining mental health. 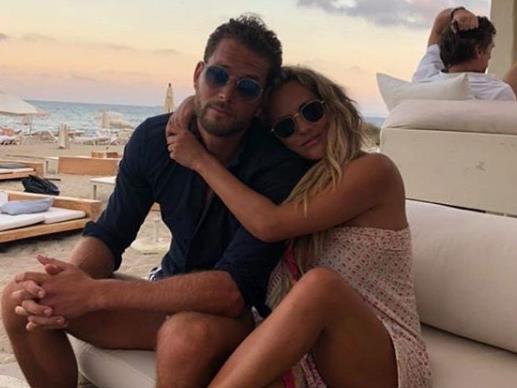 Ms Hassell said: ‘In spite of the fact she may have led — to some — a charmed life, the more famous she got the more some of these difficulties increased. It was played out in the national press — and that was incredibly difficult for her. She faced the prospect of not working in the job she loved, losing a great deal.’

Mum Christine wept as the verdict was delivered.

‘I totally agree, I think you got it spot on,’ she told her.

‘We know you are not allowed to say certain things and it’s up to us if we want to take it any further, and we don’t.’