LIONEL SHRIVER purposefully hasn’t read the reviews for her novel The Motion Of The Body Through Space, about a couple in their early sixties whose marriage is put under strain when the husband, Remington, takes up running.

‘I know I was taking a risk,’ she says on the phone from her home in south London. ‘And if my publishers are to be believed, I’ve already been pummelled for one section.’

She has. One reviewer has called a character a ‘racist caricature’. Lucinda is a young woman from a rich Nigerian family who is promoted over the more senior Remington at the Albany department of transport. When Lucinda — both out of her depth and steeped in woke doctrine — fails to implement some changes, Remington confronts her about it but is dismissed after she complains.

Shriver knew she was playing with fire with Lucinda. In 2016, she gave a keynote speech at the Brisbane literary festival in which she attacked the invidious impact of identity politics on fiction and defended the right of authors to include characters of a different ethnicity in their novels.

Her comments sparked furious debate in a climate that’s increasingly sensitive to the notion of who has the right to tell which story. Earlier this year, a US publisher cancelled the promotional tour for Jeanine Cummins’s novel American Dirt following protests that Cummins, of Puerto Rican descent, was writing from a Mexican perspective.

‘I concede Lucinda is a construct,’ says Shriver. ‘It’s deliberately provocative of me. In writing her there’s an element of “you can’t push me around”. I do believe that if authors don’t assert the right to do certain things in their books we are going to lose that right altogether. It should be possible for writers of any colour to write about anybody.’

From depicting maternal ambivalence in We Need To Talk About Kevin to railing against diversity quotas in publishing, Shriver has made a career out of pushing buttons.

In recent years, she has also aired her opinions on the censoring ramifications of MeToo and her belief that it has disastrous consequences for free speech. The subject of what can and cannot be said is a central theme of Motion Of Body Through Space, which uses the cult of elite sport as a Lycra-clad metaphor for herd thinking.

Remington falls in with a group of triathlon fanatics and their religious devotion to the homogenising dogma it promotes is viewed by Remington’s wife Serenata as almost fascistic.

Like many of her novels, Motion is concerned with the relationship between self and body but it’s also imbued with a sense of mortality. Shriver is now 62.

‘Ageing, illness, death — these are all big subjects and as authors get older they move to the fore of their work,’ she says. ‘My next novel is about these things too.’

In other words, Shriver will keep writing, and nothing and no one is going to stop her.

■ The Motion Of The Body Through Space (HarperCollins) is out now 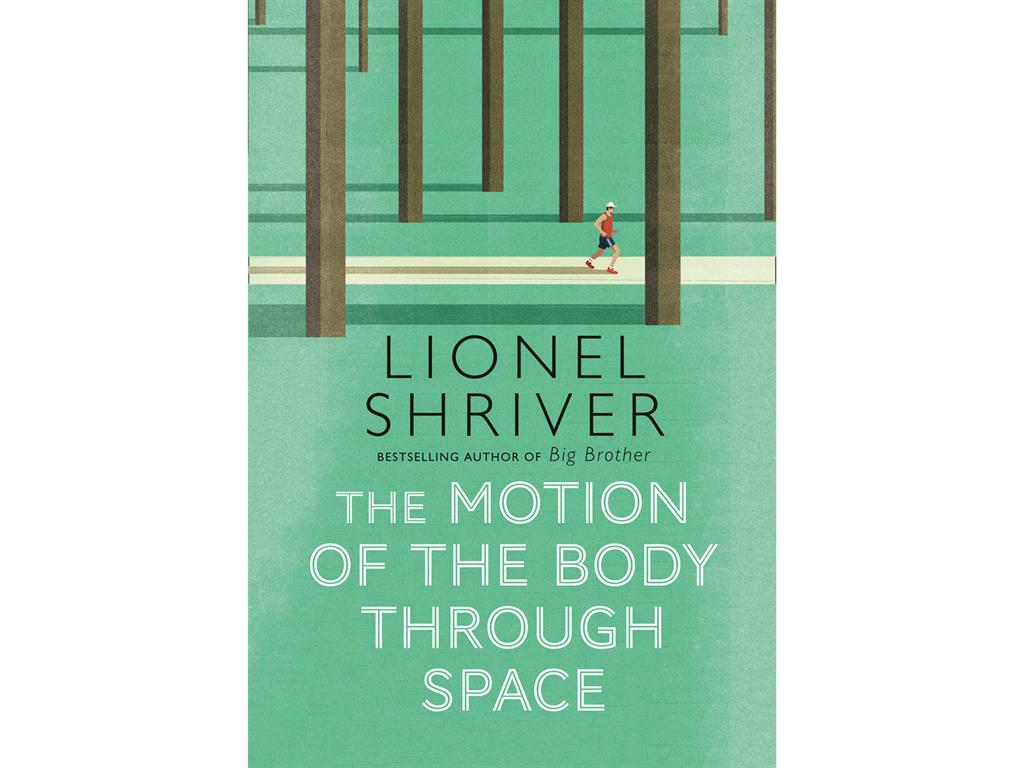 AUTHOR Lionel Shriver is a fitness fanatic — or was until her knees finally buckled after years of pounding the pavements of south London.

Reports would circulate about her tough stomach crunches, fastidious eating habits and nightly ten-mile runs. Now she faces major surgery to replace her knees and admits: ‘I’ve brought it on myself.’

The character of Serenata in Shriver’s novel The Motion Of The Body Through Space is modelled on her and she admits to the hypocrisy in defending her solitary, private fitness obsession while decrying those who flaunt theirs.

‘There’s something narcissistic about the extreme sports industry,’ she says. ‘To some extent it’s about punishing the flesh into submission. It’s like a religious ritual of purification. But then there’s this superman element, which is very Nazi.

‘I’ve attended so many dinner parties where people talk about their elite sporting achievements. It reduces human experience to something purely statistical. It’s immensely boring.’