UNLESS you’ve been living under a rock for the past few years, you’ll know that vinyl’s comeback has been no one-hit wonder. In 2018 sales of vinyl LPs rose for the 11th consecutive year to a whopping 4.2 million, according to music industry body BPI. To put that in perspective, just 205,000 LPs were sold when the format was floundering in 2007.

But while you’re listening to Arctic Monkeys’ retro-futurist triumph Tranquility Base Hotel & Casino — last year’s top seller out of the 12,000 LPs released on vinyl, incidentally — consider this: a new format will be amping up the analogue audio party when it hits shops at the end of the year. It’s called HD vinyl and it’s going to inject some big improvements into the audio quality of those polyvinyl chloride discs.

So with vinyl facing a next-gen upgrade and the dizzy rate at which new turntables are released, it’s no wonder that Record Store Day, which sees 200 UK independent record shops band together to celebrate and sell limited-edition releases, is back again this Saturday. Read on to make sure you’re ready for the latest high-def debate…

Created by Austrian start-up Rebeat Innovation, HD Vinyl is a new way of making records, offering clearer, higher quality audio and 30 per cent longer playing times. The idea is that all high-def vinyl records are pressed from the original stamper, not from a copy of a copy of a copy, which is the standard method right now.

The first HD Vinyl releases, which will play on all existing turntables, are expected to land by December with a slightly higher price tag than standard records. However, Loibl is confident that HD Vinyl will quickly establish itself as the new standard to produce records. This will be helped by the company’s new perfect groove software, designed to help mastering engineers transform recordings into 3D topography maps, which are then inscribed on to the record stamper.

But with vinyl LPs having remained relatively unchanged for more than six decades, can HD Vinyl really win over the record-buying public? Not everyone is convinced — especially when you consider that vinyl’s warm, crackly allure is the whole point for some purchasers.

‘I don’t think there’s any need to reinvent the wheel — some of vinyl’s appeal is that it isn’t perfect,’ says Jon Tolley of Banquet Records in Kingston, Surrey. And he should know — stores like his have managed to buck the digital revolution. ‘We’re 20 per cent busier than last year, which was 25 per cent busier than the year before. Record Store Day has acted as a catalyst. Everyone has a story to tell about records and their emotional experience with music.’

That old-school noise is just part of a joy that HD vinyl will still retain.

‘Vinyl is an experience,’ says Record Store Day coordinator Megan Page. ‘It’s the ritual of flipping it over halfway through, it’s taking in the magic of the artwork, it’s reading about your favourite artists and it’s about listening to an album in full, as a body of work.’

But with turntable tech getting smarter all the time, the case for the next generation of vinyl is getting all the more stronger too. A plethora of new turntables were launched at this year’s CES tech fest in Las Vegas, including decks that stream wirelessly to your Bluetooth headphones and the latest model from legendary DJ brand Technics. And to celebrate this year’s Record Store Day, Crosley, best known for its colourful suitcase-style turntables, has launched the RSD3 Mini Turntable.

This plays tiny three-inch records that only hold a few minutes of music on each side, and is a format of record player (called an ‘8 Ban’) that has become a cult gadget in Japan. Crosley’s miniature disc spinner is only available from selected Record Store Day shops so while it’s unlikely the format will hit the big time, it’s a must for novelty nostalgia appeal.

So are we ready for next-gen vinyl?

‘Vinyl has a legacy that goes back generations, linking old and new music fans alike thanks to its unmatchable audio quality,’ says John Clancy from up-and-coming band Lona (and brother of Abbey). ‘HD or the next phase is just as exciting. Vinyl evolution proves people love it.’ 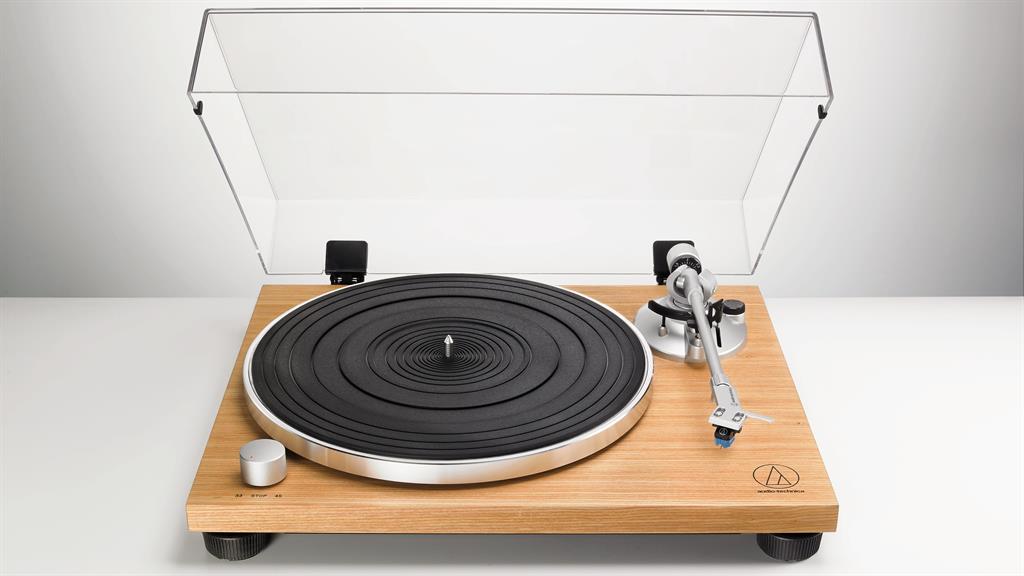 Sporting a retro-chic teak veneer finish, this hipster-friendly deck makes excellent use of wood’s natural acoustics, cutting down on pesky vibrations that can mess with the sound. A brilliant price for a handsome player with serious audio heritage. £269, eu.audio-technica.com 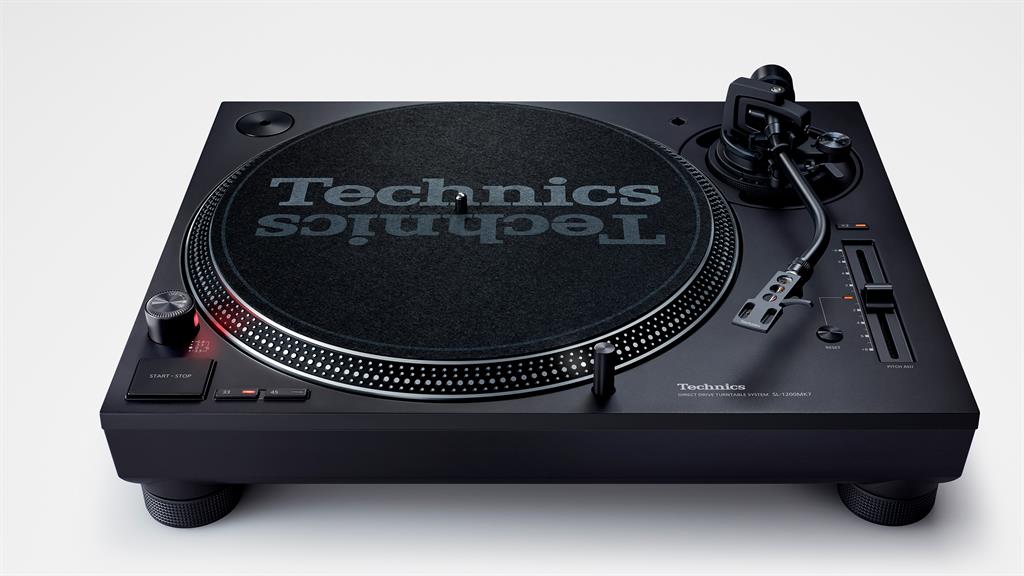 The latest addition to the iconic SL-1200 DJ range, this turntable boasts Technics’ telltale design without the usual jaw-dropping prices. It may lack the tank-like build quality of its pricier siblings but this is a solid choice for fledgling DJs on a budget. £899, out later this spring, technics.com 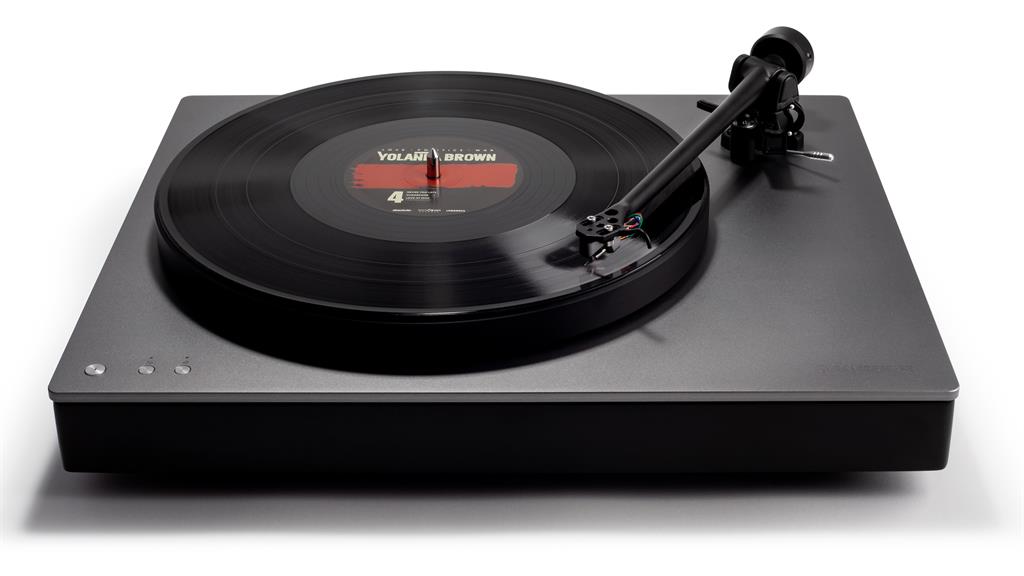 The world’s first turntable to offer aptX HD Bluetooth support, this gorgeous disc spinner can stream your records in top quality hi-res audio to compatible headphones or speakers, cutting out the need for messy cables. It’s not cheap but this potent deck sounds incredible. £1,500, cambridgeaudio.com 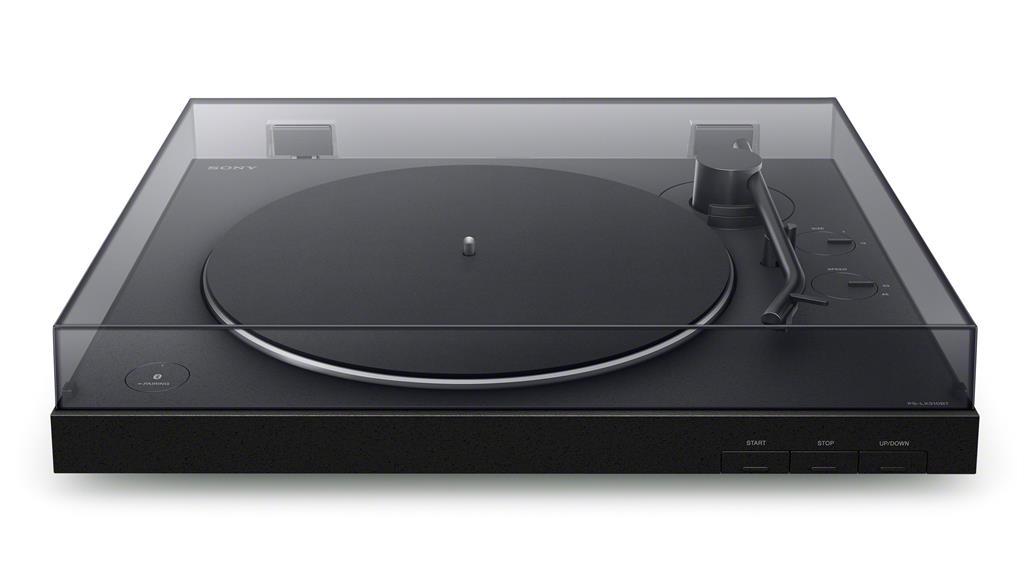 A great starter deck for vinyl newbies and those who want to steer clear of eye-watering price tags, this budget Bluetooth turntable can stream to a wireless speaker or headphones while the minimalist, no-frills design will slot neatly into any home. £230, sony.co.uk

Vamp up your vinyl: Ace accessories 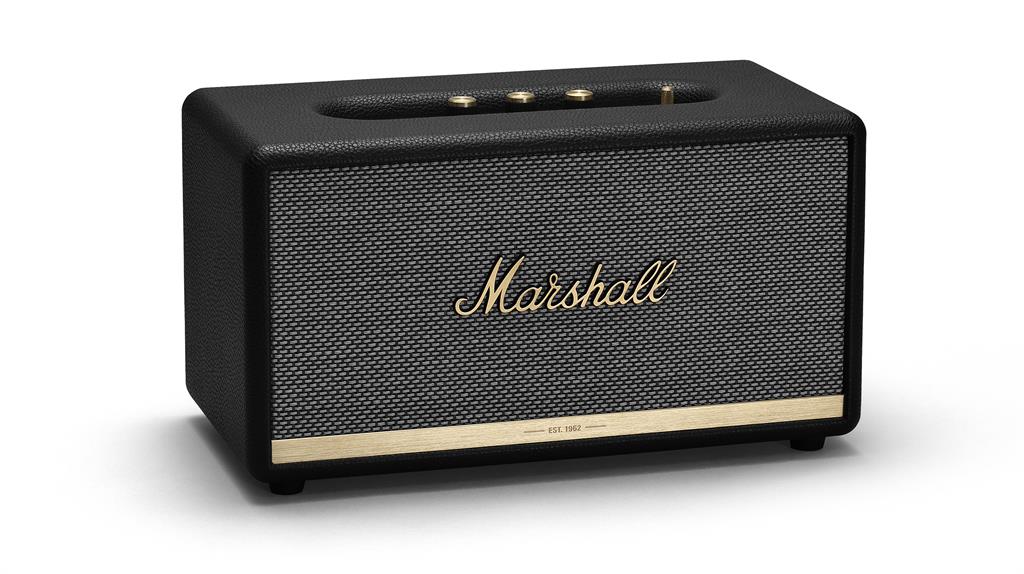 Styled to resemble one of Marshall’s iconic guitar amps, this wireless home speaker packs punchy sound in a small footprint and you can customise the audio using the free app. £299.99, marshallheadphones.com 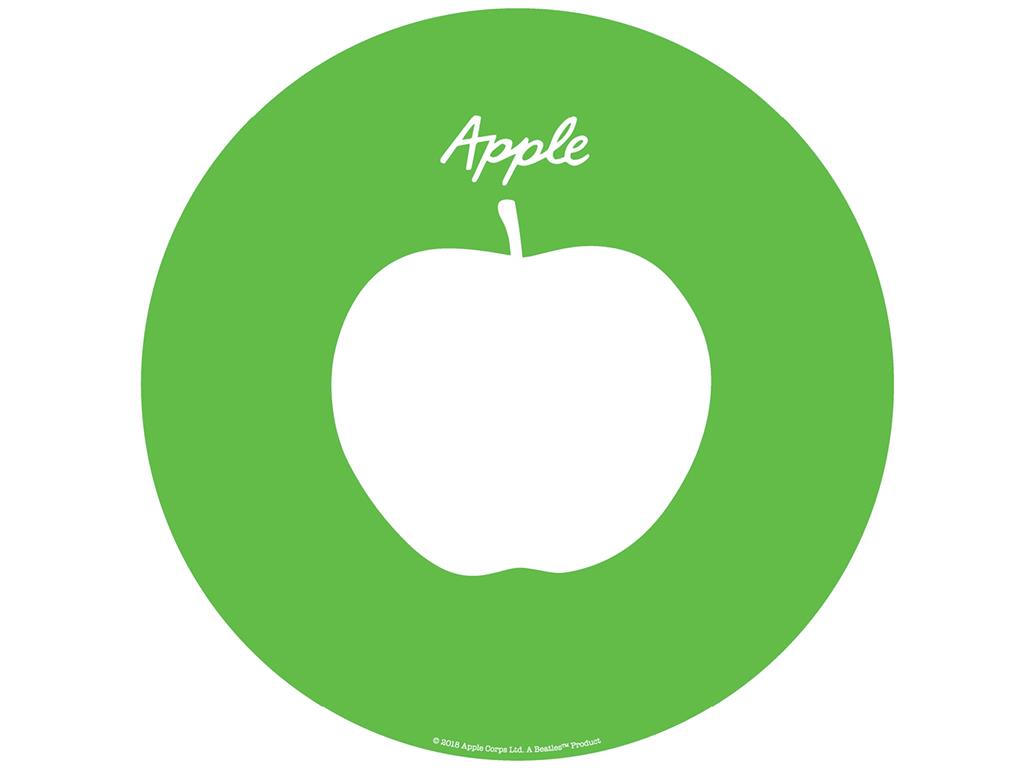 As well as dampening sound-scuppering vibrations from your turntable, this slip mat featuring the logo of The Beatles’ old record label adds a splash of colour and retro charm. £7, amazon.co.uk 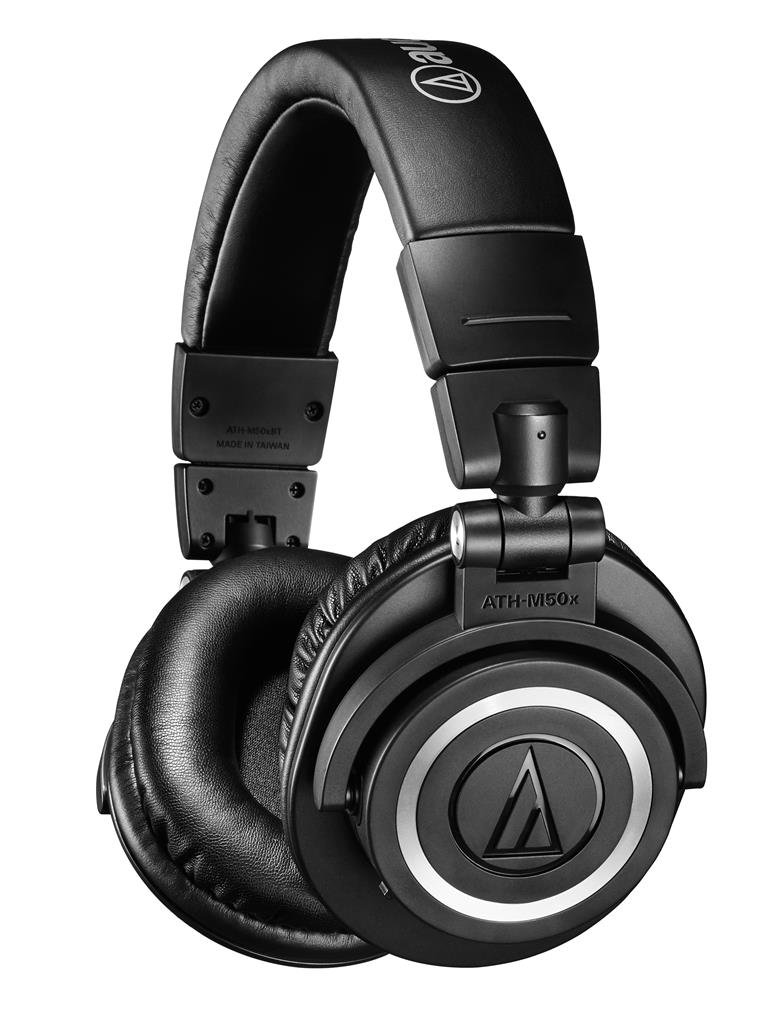 Based on the original M50x cans beloved of professional musicians from Royal Blood to Stormzy, this Bluetooth-powered wireless version has been adapted for music fans on the move. £179, eu.audio-technica.com 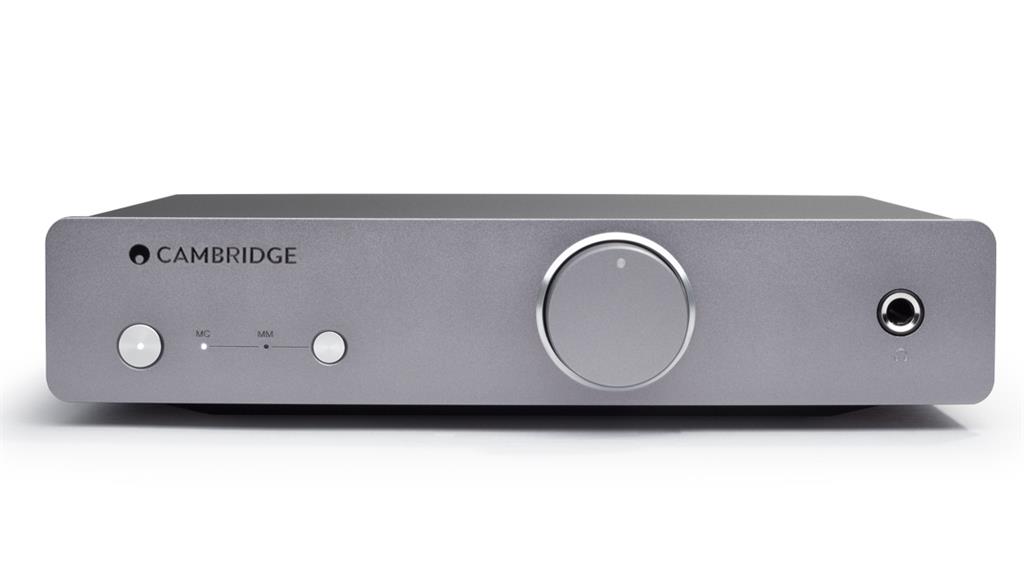 This tiny treasure connects the gap between your turntable and amp, boosting the sound. It’s also got a headphone jack so you can listen without disturbing the neighbours. £249, cambridgeaudio.com 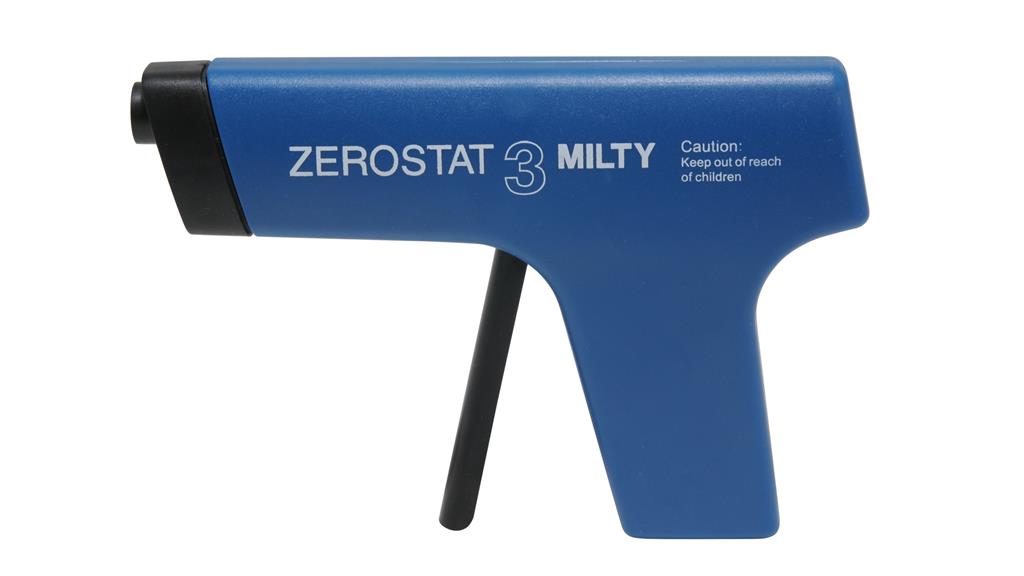 Clean records means better sound and this gun-like gizmo neutralises static charges to keep your LPs dust-free without the need for a messy cleaning spray. £59.95, goldring.co.uk