THERE’S no need for a café on The Enterprise. The spaceship that boldly goes is capable of materialising food and beverages thanks to the wonders of sci-fi science.

Real-life tech: Since 2009, when Dutch company byFlow unveiled a printer called the Focus capable of extracting food and forming 3D dishes, other manufacturers have entered the foodie frame (most notably 3D Systems’ ChefJet and Natural Machines’ Foodini). However, 3D foods still haven’t quite made the menu. That could change this year with the leap to printed plates at Sushi Singularity in Tokyo.

The establishment is from Open Meals, the company that debuted 3D-printed sushi at the SXSW festival in Austin, Texas, in 2018 with a process called ‘sushi teleportation’. It has since developed its 3D cubes of cell-cultured tuna et al into hyper-personalised, made-to- order dishes incorporating biometric data gathered from DNA, urine and intestinal tests. Hmmm. Suddenly we’re not so hungry. 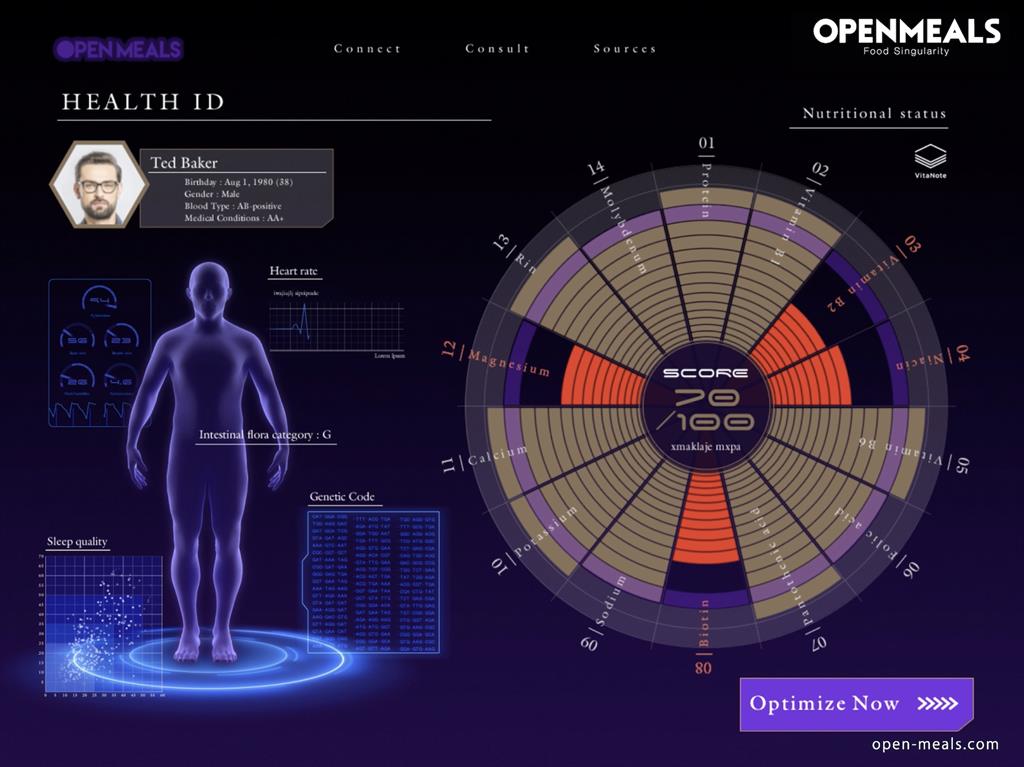 This year we could be eating printed meat a bit closer to home. Spanish-based Novameat and Israeli start-up Redefine Meat both use a printer to build beef and chicken products, and do so with capsules containing raw ingredients of rice proteins or lab-grown meat. Think an espresso coffee machine but for steak. Both firms are targeting the British restaurant scene and we could even see consumer-focused machines in supermarkets as early as 2021.

The medical tricorder is the go-to gadget of Dr Leonard McCoy from the original 1966 series. He used the palm-sized package to instantly diagnose sick humans.

Real-life tech: The concept of a non-invasive health diagnostic tool is a holy grail for medical practitioners but for astronauts it’s no longer a flight of sci-fi fancy. Nasa uses a handheld body-scanning device called Locad (Lab-On-a-Chip Application Development) to detect unwanted microorganisms such as E. coli, fungi and salmonella on the International Space Station.

As for those of us with our feet firmly on the ground, announced this month at CES and expected mid-2020, the MedWand (below) weds telemedicine to portable assessment, letting doctors conduct remote and real-time check-ups anywhere in the world. Simply hold the device to your chest and it will listen to your heart or lungs. Pass it across your forehead and it will take your temperature — and it can measure blood oxygen levels too. 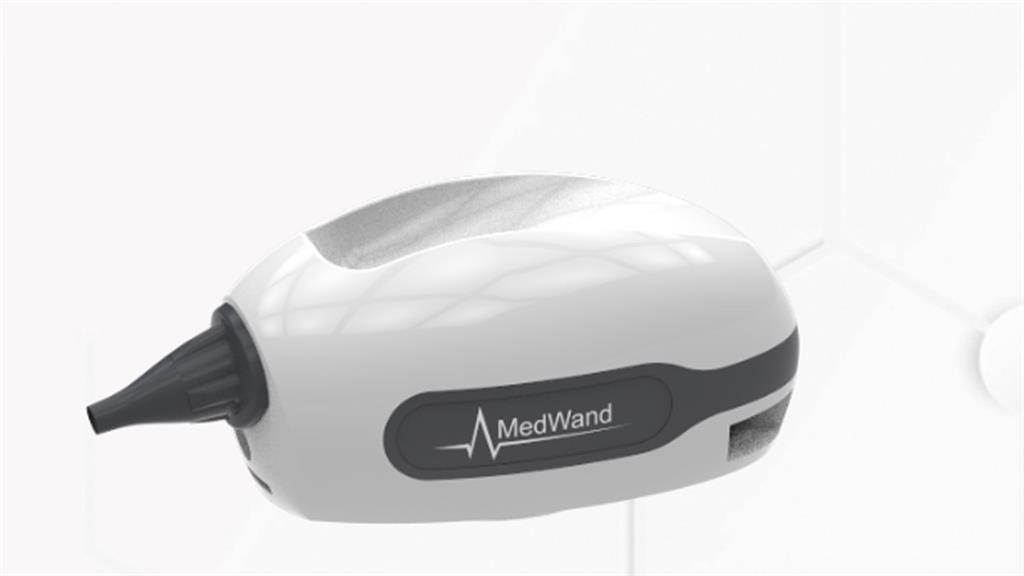 Meanwhile, scientists at MIT (Massachusetts Institute of Technology) are working on a vaccine patch that embeds invisible ‘quantum’ dots under the skin. The dots contain fluorescent nanocrystals encoded with immunisation information to instruct future healthcare workers.

A biometric ‘doctor’s note’, it could be a vital asset when combating viruses in developing countries where paper records are unreliable. Inventor Ana Jaklenec is on record saying she was inspired by Mr Spock.

Starter for ten… how do the crew of Starfleet communicate with aliens speaking gobbledygook? Answer: via a ‘telecommunicator’ device that converts all spoken language into English.

Real-life tech: Thanks to machine-learning-enabled speech recognition and speech synthesis, we’re getting closer to a universal tongue by the day.

Google is at the forefront, having rolled out live text translations on Google Lens last year with function for 14 languages. But it’s the megacorp’s Pixel Buds 2 (coming later this year) that will build on the real-time translation delivered (sort of) with 2017’s original buds. 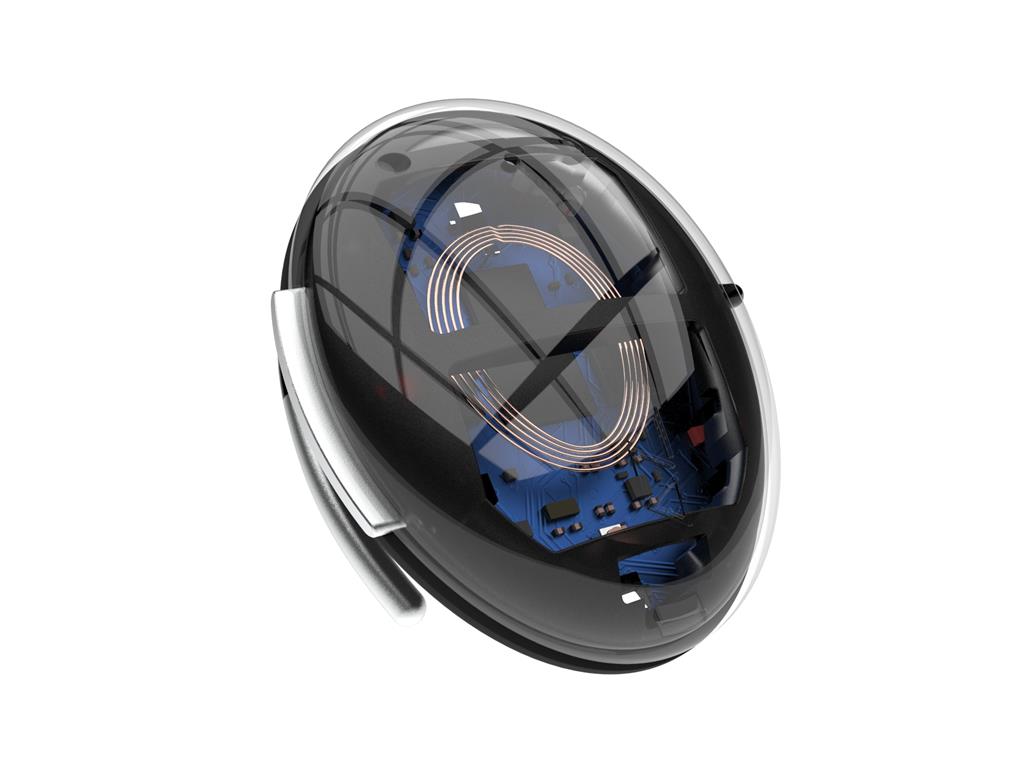 Challenging Google for the most Trekkie translator-like tech is Brooklyn-based Waverly Labs, which has been working on translation earpieces since 2014. Its latest attempt is Ambassador, launching in the spring in the US. The over-ear translator aimed at travellers can detect up to 20 languages and translate them into text (appearing on a smartphone app), which is then repeated into the wearer’s ear.

Real-life tech: The first steps towards holographic, 3D-centric imaging without the aid of VR or AR equipment are being made.

Announced in 2018, the Looking Glass is pitched as ‘the world’s best-selling holographic display’. It has since been updated to a flatter, 8K screen model boasting 33.2 million pixels and a 45-element light field, which combine to produce an animated holographic effect. The Looking Glass Factory start-up from New York is exploring consumer applications such as video chat.

On a similar strand, Samsung’s ‘artificial human’ project, Neon, creates digital avatars à la Ryan Gosling’s AI hologram companion Joi in Blade Runner 2049. Subsidiary STAR Labs says it has created the most human-like AI ever, capable of holding conversations and displaying emotions. Pitched at CES as a ‘new form of life’, the technology will likely be used as virtual concierges and receptionists or as an extension of online avatars — but could also one day exist as independent holograms.

Cambridge-based VividQ also delivered an update on its computer-generated holography (CGH) tech at CES this year. Founded in 2017 by a cooperative group from the universities of Cambridge, Oxford and St Andrews, VividQ’s software could introduce real-time holographic displays to everyday applications (what they call ‘the evolution from flatware to spatial ware’), leading to the projection of interfaces in mid-air and more lifelike conference calls. VividQ co-founder Aleksandra Pedraszewska predicts CGHs will be here soon. 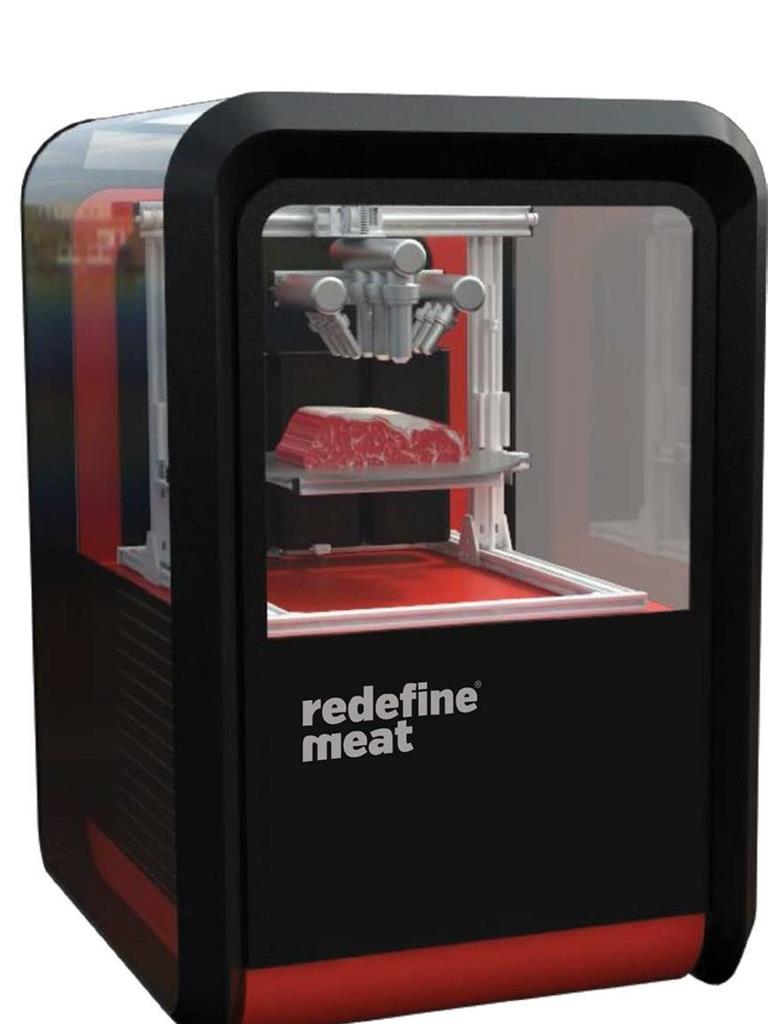 The stealth technology used for bending light and turning a starship invisible is a mainstay of Star Trek lore, especially in the episodes featuring those dastardly Klingons (sans Worf, of course, you crinkly foreheaded wonder).

Real-life tech: The benefits of going dark are obvious during wartime and disappearing mid-flight has been something real on Earth since 1988, when the US rolled out the bat-shaped B2 Spirit stealth bomber. It contained a feature that allowed radar signals to bounce off its hull in different directions, making the sneaky plane undetectable to hostile forces. 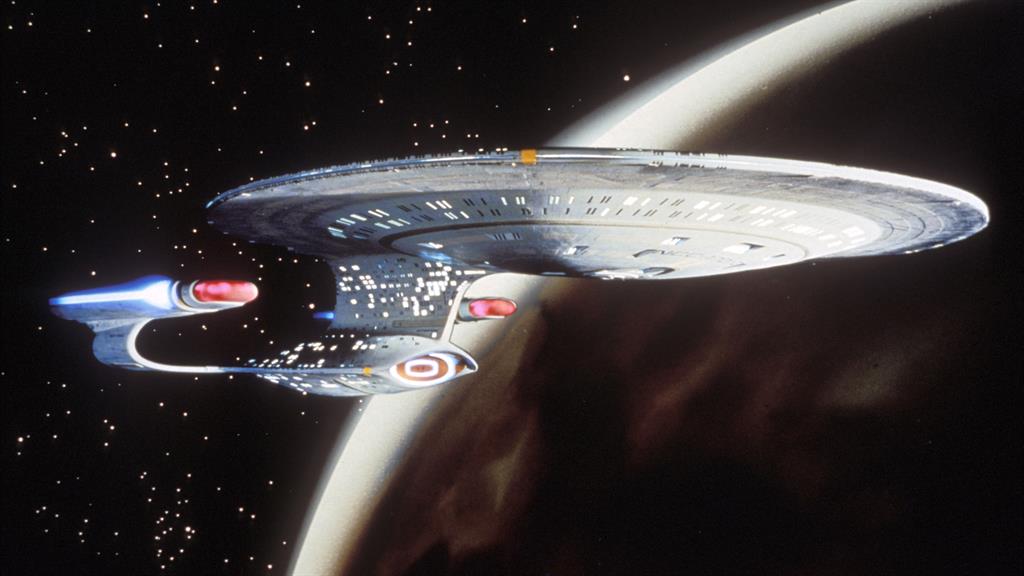 As you’d expect, leading the charge now are military technology firms such as Canadian camouflage manufacturer Hyperstealth Biotechnology, which last year claimed patents for a Quantum Stealth material that bends light around a target, leaving only the background visible. If you can imagine a troop of soldiers all wearing the Harry Potter invisibility cloak, you get the idea. 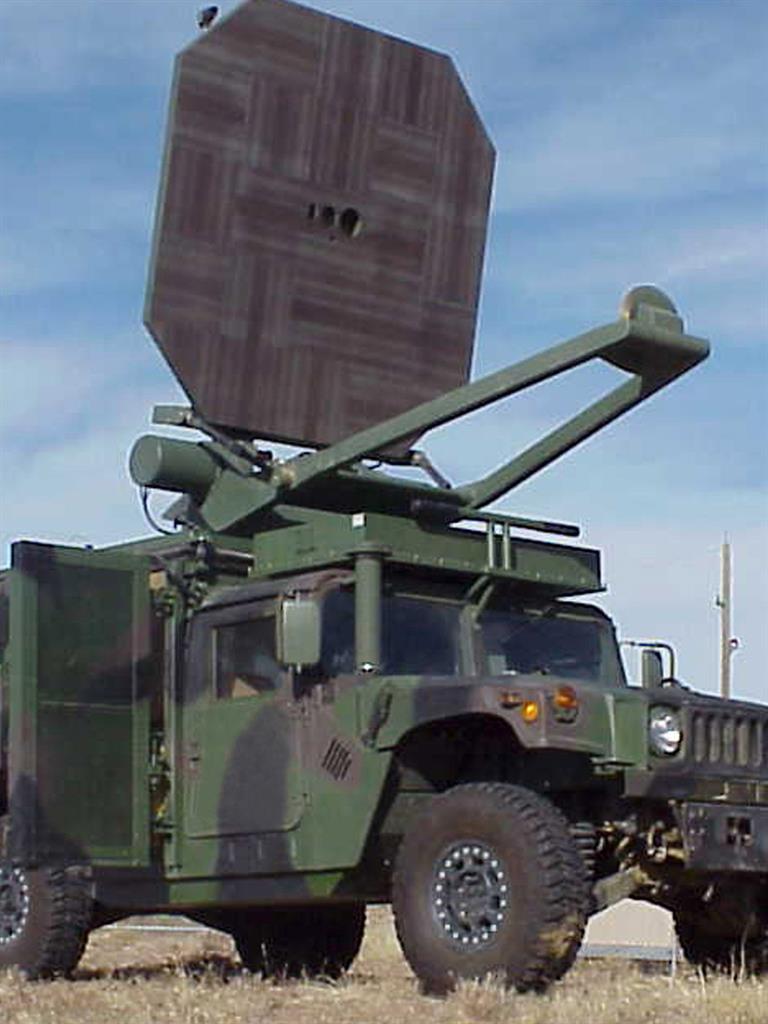 Set phasers to stun! This meant Picard and co could down enemies from a distance without getting blood on their mitts. Starfleet aren’t the only ones: the US Department of Defense developed the Active Denial System (ADS) as a non-lethal weapon for crowd control that targeted subjects’ skin by heating it up. Created for the Afghanistan War, it was never deployed in combat. 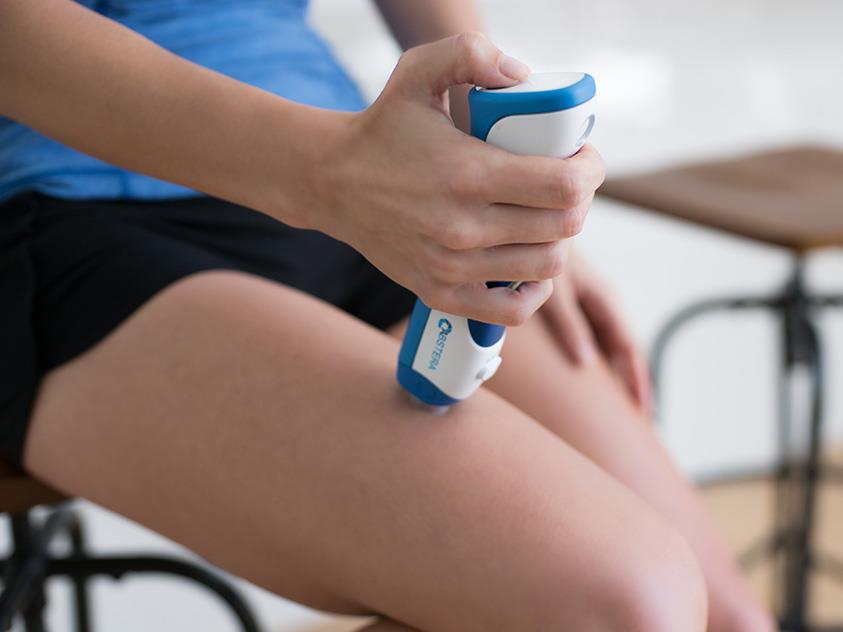 The hypospray is Star Trek creator Gene Roddenberry’s vision of a healing spray as an injection-free drug-delivery system that cured injured staff quicker than you could say ‘damnit, Jim’. At MIT they’ve produced Prime, a needle-free jet injector capable of injecting an ultra-fine stream of liquid — we’re talking thinner than a strand of hair here — through the skin at Mach 0.7. 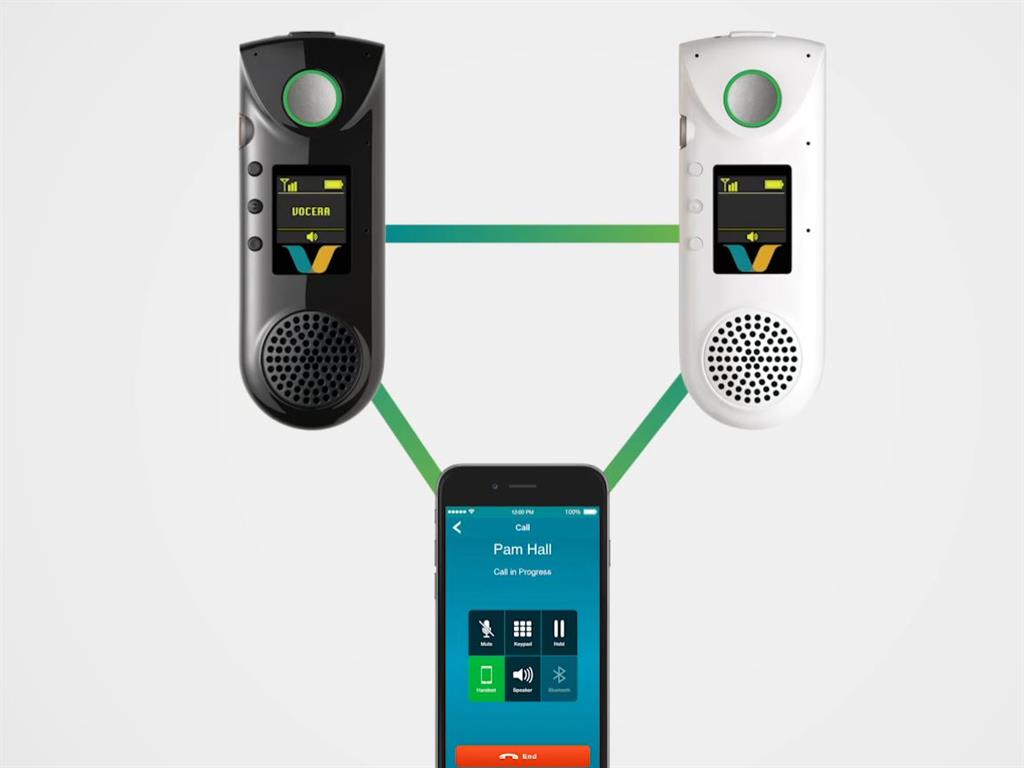 This medical transmitter brings to mind the communicator wearable popularised in The Next Generation, which personnel wear on their chests. Simply press a button on this modern pager, say the name of a person to reach and the Vocera will locate them. The company claims the device reduces responses from roaming staff from two minutes to nine seconds.