WHEN was the last time you sat down with a friend or family member and chatted about the end of your life? It’s appealing, right? Well, while you’re avoiding the issue, the death industry is ripe for disruption. Last year, a YouGov survey found that only seven per cent of people want their social media accounts to remain online after they die, yet a study by the Oxford Internet Institute (OII) estimates that by the year 2100 there will be 4.9 billion dead users on Facebook. It seems your digital footprint stays planted.

So who owns the data left online? Facebook or family and friends? Some historians and archivists even argue this data is part of a global digital heritage and should be bequeathed to them (nice try). Currently, Facebook users can select a ‘legacy contact’, a nominee who gets access to a person’s account data after death with the choice to have the account ‘memorialised’. Other social media channels have similar fail-safes in place. But how about a platform that gives power back to the dead?

Sorting out your digital footprint

James Norris is the founder of The Digital Legacy Association (digitallegacyassociation.org), the professional body dedicated to raising the quality of end-of-life care in all areas relating to the digital space, developing standards and toolkits for charities and even the UK government. It’s where you can download (for free) a social media ‘will’ template, a witness-signed statement of preferences designed to address each online platform’s ‘terms of service’. 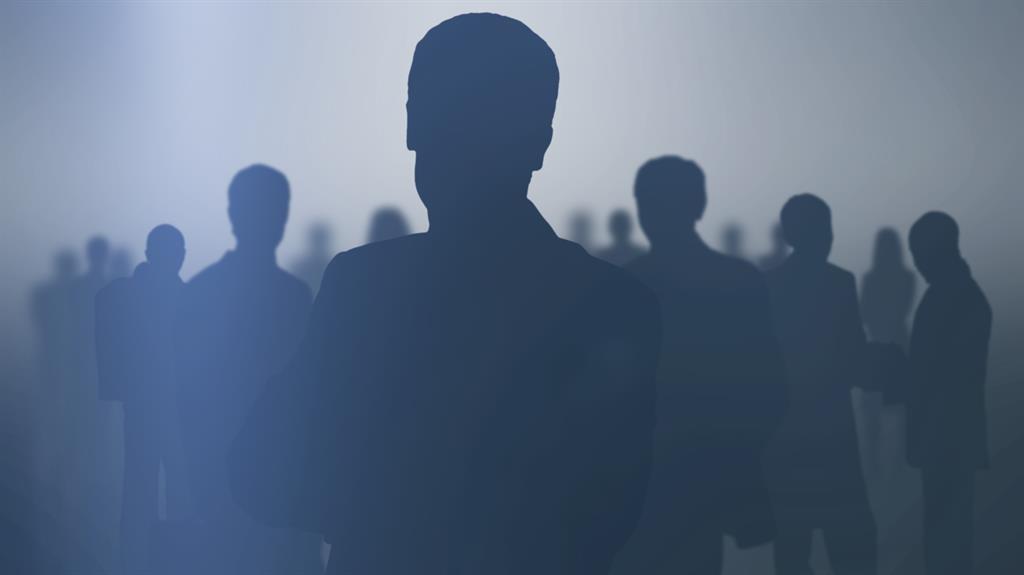 ‘These differ so much but it’s really important each person understands every platform they use and makes plans for each one because there isn’t “a golden bullet” to deal with the entirety of a digital estate,’ says Norris. ‘We’re spending an ever increasing amount of our lives online. As a result it is becoming increasingly important for us to make plans for our digital estate as well as our physical estate.’

Digital assets go beyond social media, however. We’re talking any kind of online account — banking, emails, domain names, gambling logins — and Norris’s next project, MyWishes (mywishes.co.uk), launching this winter, looks to simplify the crossover process (ie, from the living to the dead). 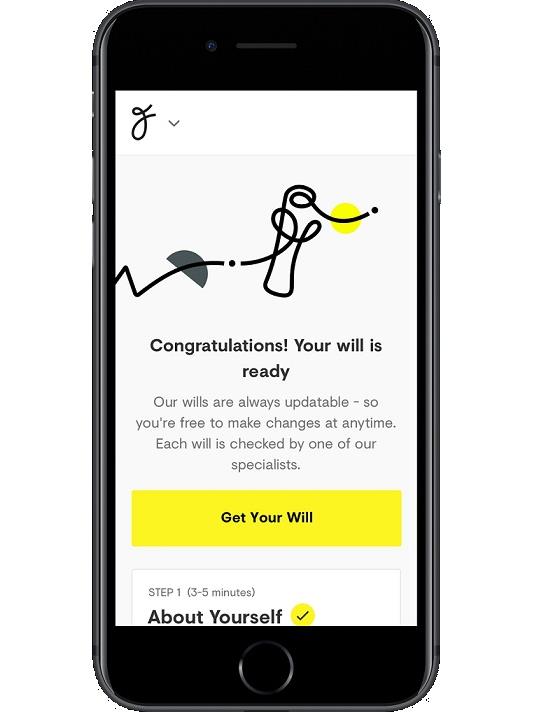 Law firms are also getting on the deadly gravy train, providing a similar digital legacy service, accounting for any money stored in a PayPal account to photos on Instagram, which become at risk of being deleted or claimed by service providers once you’ve died.

In May, national law firm Ashfords (digital-legacy.co.uk) launched an online space for clients to upload their digital assets. These are then passed on to the executors, who can identify what they need to deal with. ‘We started working on the platform in 2017 because, as our lives become increasingly digital, the bundle of paperwork the relatives of the deceased would bring us is falling away,’ says partner Michael Alden.

Kent solicitor firm CWJ also help put virtual affairs in order with Cirrus Legacy (tinyurl.com/cirruslegacy). CWJ appoint an online guardian overseeing the storage of usernames and passwords, which are then deleted, kept active or transferred to friends in accordance with instructions. And cloud storage solution Secure Safe (securesafe.com/en) provides data inheritance, ensuring family members or business partners have access to an online lockbox of files, PINs and passwords in the event of an unexpected death.

It’s not all about online data. Boston start-up Cake (joincake.com) acts as a concierge service for the yet-to-be-dead, providing a decision-making tool set covering everything from funeral song arrangements to views on life support to pet aftercare.

‘Every single person wants to store their preferences securely in the cloud, not just on paper,’ says Cake founder Suelin Chen. ‘So Cake lets them communicate their preferences to loved ones in a way that is easily updatable and findable.’

Elsewhere, Beyond (beyond.life) is an online advice centre that helps loved ones settle estates and compare local funeral directors, while Everplans (everplans.com), another end-of-life planning firm, tackles a funeral in the same vein as a wedding, acting as an online planning tool providing digital checklists, weekly email reminders and online storage for wills and insurance policies that can then be shared with family members.

The will, meanwhile, can be sorted with Farewill (farewill.com), and takes just 30 minutes to write.

When Sam Grice lost his mother in a road accident, his family were ‘catapulted into the chaos of organising a funeral, managing offers of help and visits from well-meaning family, all while feeling upended by grief’. He looked to tech for help but it became apparent there was a lack of digital efficiency in the end-of-life industry. He developed the free, private Guardian Angel (guardianangel.network) to coordinate the mountain of tasks.

The network provides welcome structure, with a family to-do list, online support hubs to coordinate support and a private online space to share funeral details. It even lets you stagger the delivery of flowers.

‘The funeral sector has been slow to modernise but the industry is increasingly recognising the benefits of creating a support hub,’ says Grice. ‘Offering practical help, privacy and the coordinated support of your family, friends and funeral directors can help people emerge from the pain of bereavement.’

Who wants to live forever? 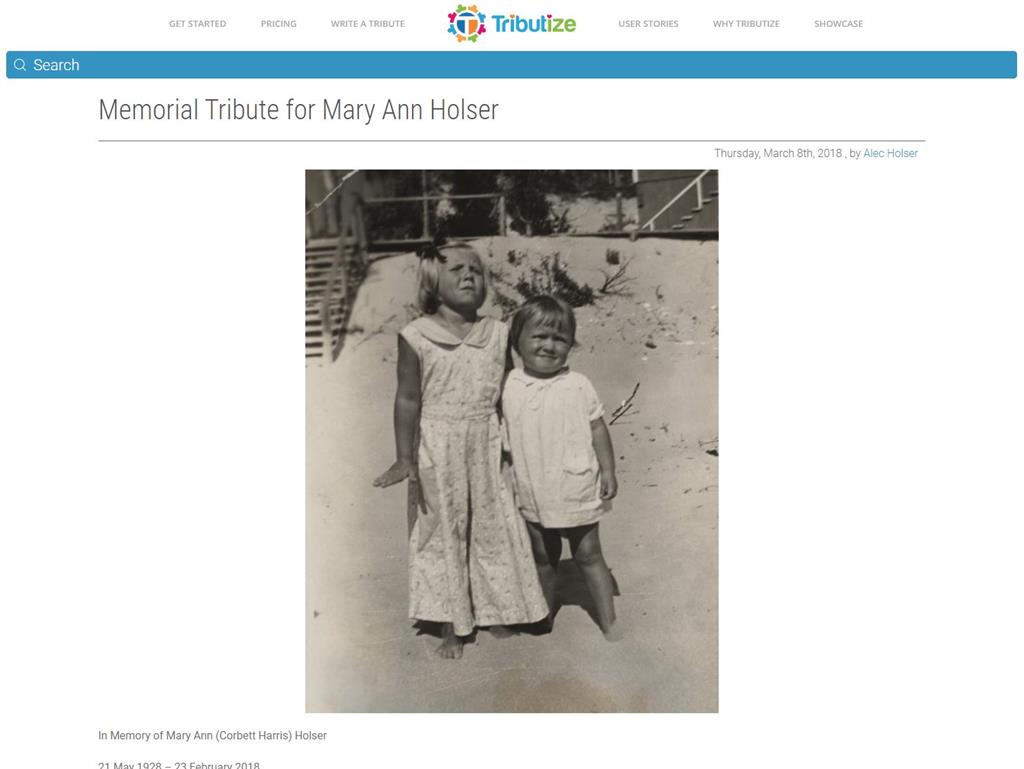 Why wait for death? This online tribute service acts as a permanent greeting card, a way to say thanks for the good times even before they’re over. With non-stop editing you can also add images and video clips over time. tributize.com 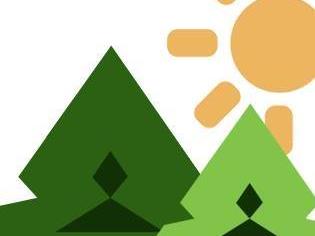 This online service allows you to ping peeps images and videos in the far-flung future, from yearly birthday wishes beyond the grave to one simple goodbye, turning the final farewell into a lasting legacy. leg8cy.com 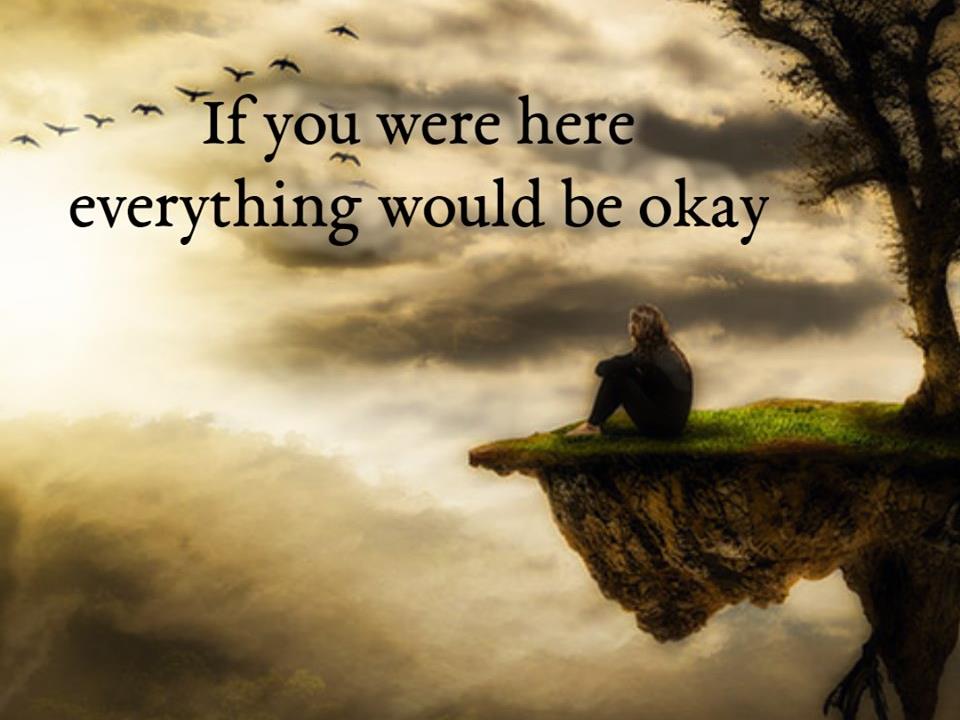 Boasting over one million online tributes, this slick, ad-free and respectful shared virtual space lets family and friends leave messages and words of support on an open forum. The outpouring of love is really quite moving. forevermissed.com 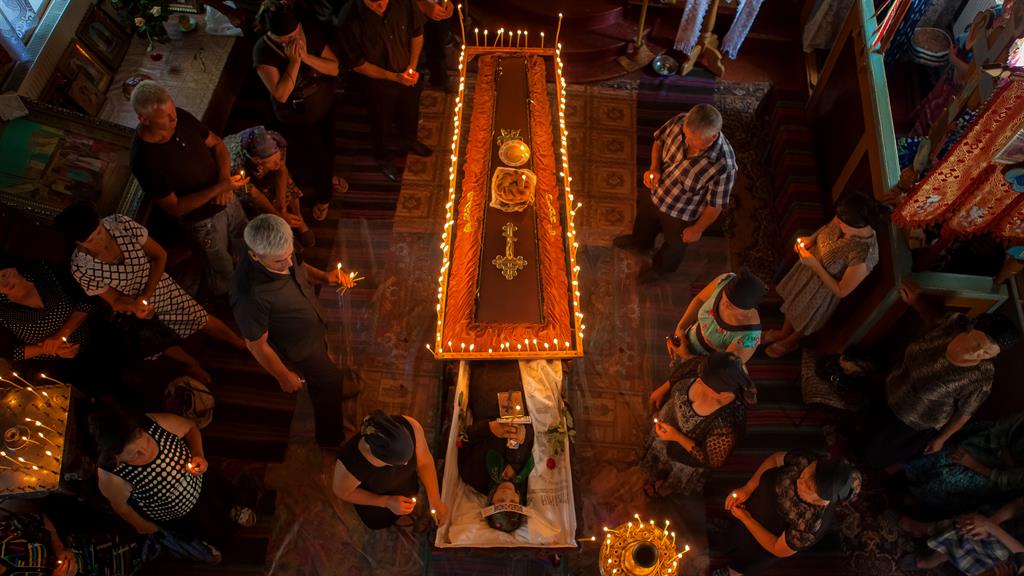 According to a 2016 report, a fifth of Britain’s crematoriums offer a webcast funeral for those mourners spread across the globe. Some services let you watch live but you can also pay for a lasting video of the ceremony. It can cost £400, however. 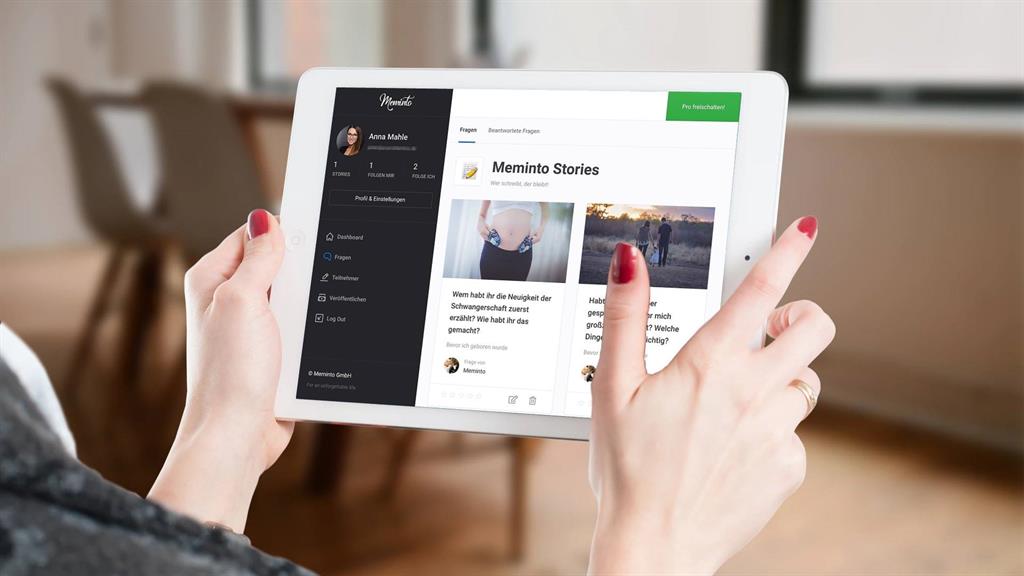 Answer questions about your life (from favourite foods to childhood memories) each week for as long as you like and then, once you’re done, this site will produce a book keepsake from your tales and memories to pass on to your children. meminto.com

Texts beyond the grave 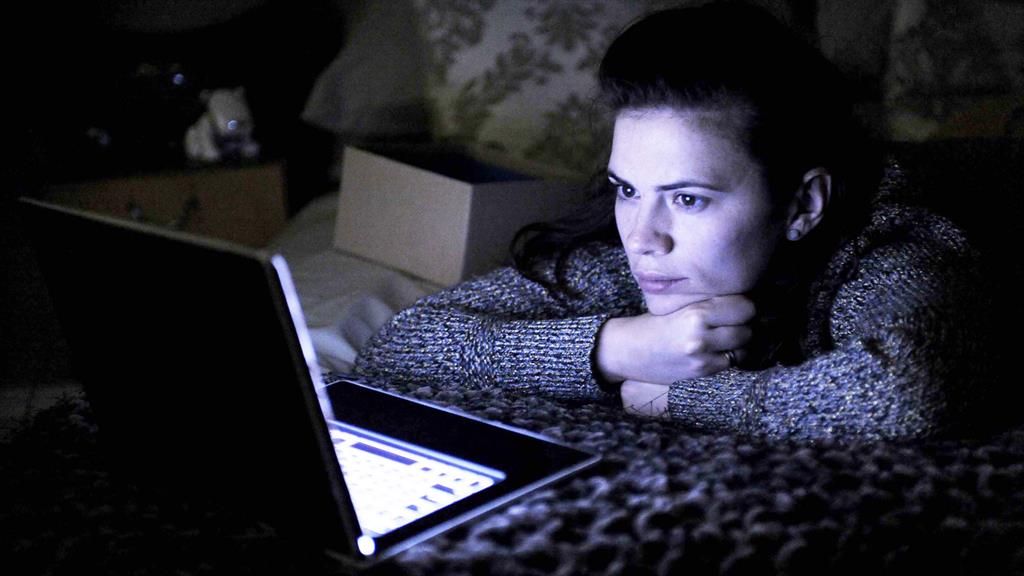 In a 2013 episode of Charlie Brooker’s dark TV show, Black Mirror (starring Hayley Atwell, below), a deceased husband is brought back to life by his wife as an android clone built from uploaded memories, feelings and beliefs. It doesn’t end well.

Once fed into a neural network the chatbot attempted to replicate behaviour, conversational tics and tone, forging the beginnings of an immortalised digital personality — and the more Kuyda chatted with Roman, the more the chatbot delivered texts that read like something her deceased friend would say.

Now researchers at India’s Shree Devi Institute of Technology have released a study of these kinds of chatbots, having analysed the value of the concept of speaking with a deceased loved one from beyond the grave. They concluded that such an AI bot could never replace a loved one but that they could help with the grieving process. Meanwhile, after raising $11m from investors, Roman became Replika, an online ‘AI friend’ service with more than 2.5million sign-ups. my.replika.ai