THIS year started so well as we ogled all the amazing latest technology at the annual CES in Las Vegas. But just seven days into the new decade, along came the identification in Wuhan, China, of the coronavirus outbreak, which has since been declared a global health emergency by the World Health Organisation.

At the time of writing, more than 80,000 people in over 40 countries had been infected with the Covid-19 respiratory disease. Sure, you can sneeze into a tissue and avoid touching anything on public transport but that’s not enough to steer clear of germs.

Naturally, there are plenty of gadgets on hand to help in the hygiene battle, so whether you’re a germophobe or fear you are one cough away from contracting coronavirus, we’ve selected the best tech to make your life as clean as possible. 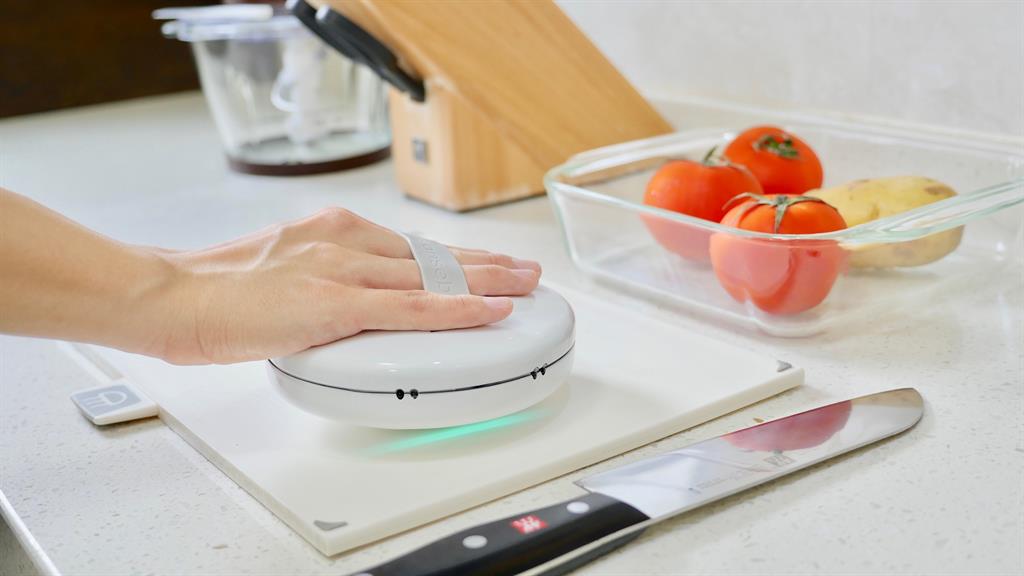 If you’ve ever entered a hotel room and worried about a germ-ridden bed, this bacteria-killing bot autonomously glides over and under the sheets, eradicating bacteria and dust-mites by emitting UV-C light, which also helps prevent the spread of airborne viruses. In handheld mode it can also be used to sanitise anything from toilet seats and light switches to kids’ toys. As if that wasn’t enough, it’s also a portable charger. From £77, igg.me 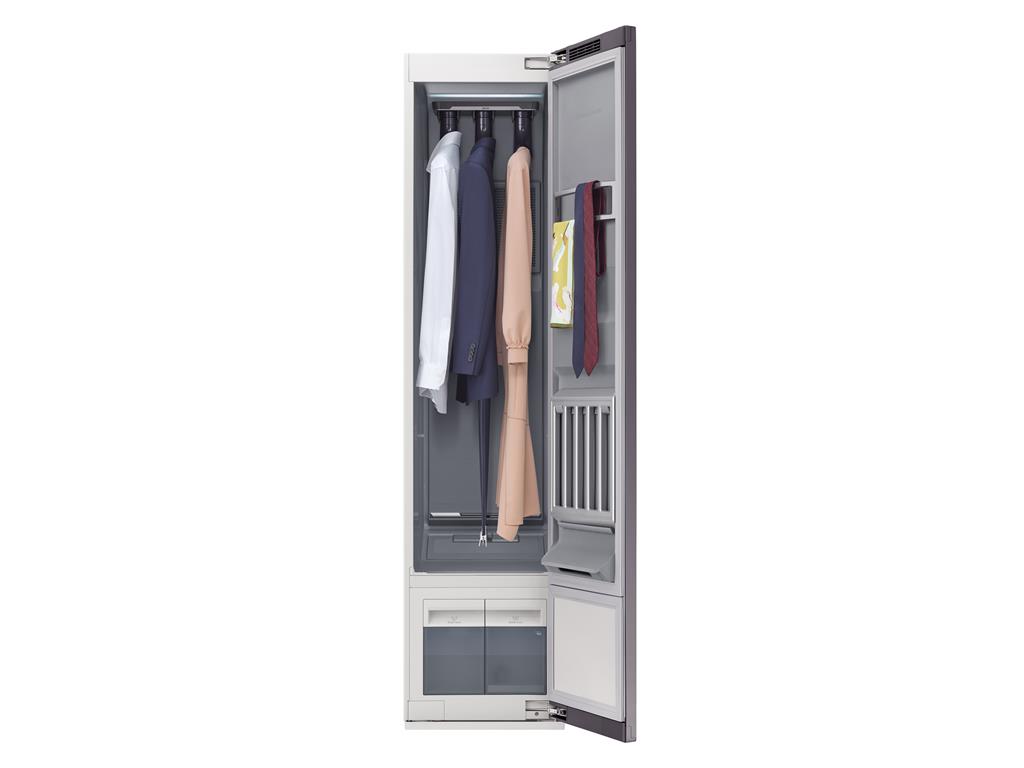 Not since CS Lewis introduced us to the magical portal to Narnia has a wardrobe been this intriguing. Samsung’s smart closet uses powerful sterilising jets of steam to clean your clothes, ridding them of dust, pathogens and smells. You can use it safe in the knowledge that germs inside clothes will be exterminated. It also reduces the amount of times you use your washing machine. It’ll cost you, though. £1,999, samsung.com 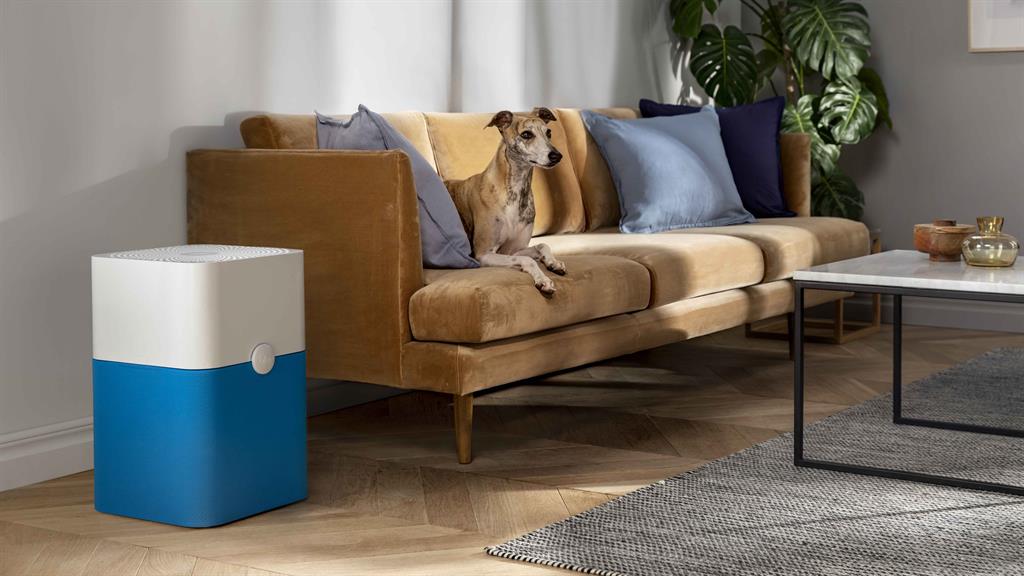 Purifiers are another way to reduce germs floating in the home, because they take in the harmful air and reproduce it pure and healthy. This contraption promises to remove up to 99.97 per cent of all airborne particles such as smoke, mould, spores, bacteria, viruses and micro-plastics as small as 0.1 micron in size, as well as dust and pollen, helping to reduce allergies. With recent research suggesting that houseplants are ineffective in cleaning the air, a purifier could be a necessity. £355, blueair.com

Whether it’s the kids, pets or forgetting to take off your shoes, it doesn’t take much to bring dirt into the house. This cordless cleaner can help improve your home hygiene by simultaneously vacuuming and washing your hard floors. It’s been tested by the University of Huddersfield, which has verified that using it, along with Vax’s specialist anti-bacterial cleaning fluid, extracts dirt and kills 99.99 per cent of bacteria, and laughs in the face of germs lurking inside your home. £249.99, vax.co.uk 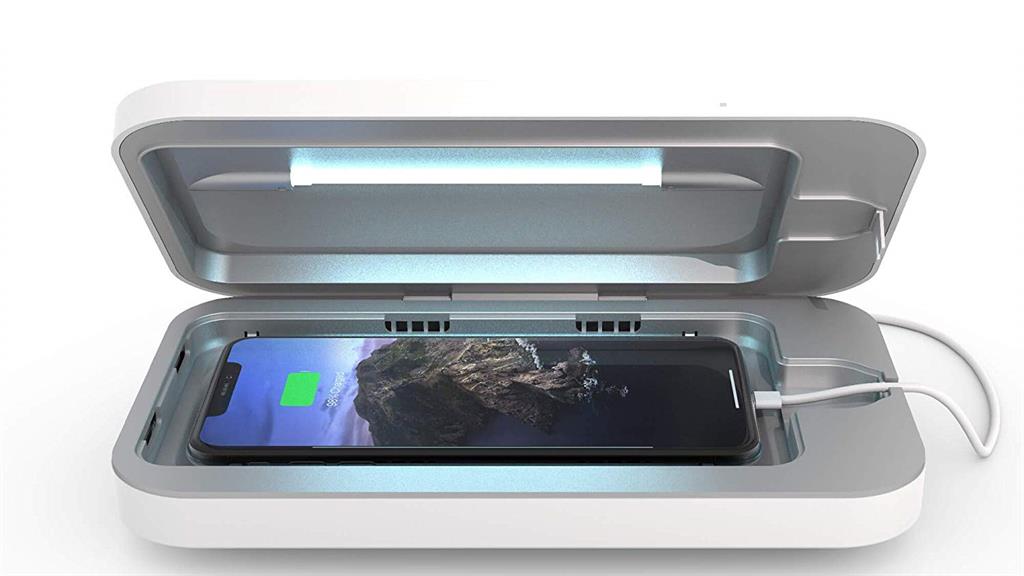 Between texting, emailing, swiping and scrolling, our phone screens are obviously prime targets for finger-related filth. And given that smartphones are now attached to us like appendages and studies have revealed that they can shockingly harbour ten times more germs than most toilet seats, a clinically proven UV light sanitiser that claims to kill 99.99 per cent of bacteria on whatever device you drop into it in just five minutes, sounds like a very smart idea. £90.25, amazon.co.uk 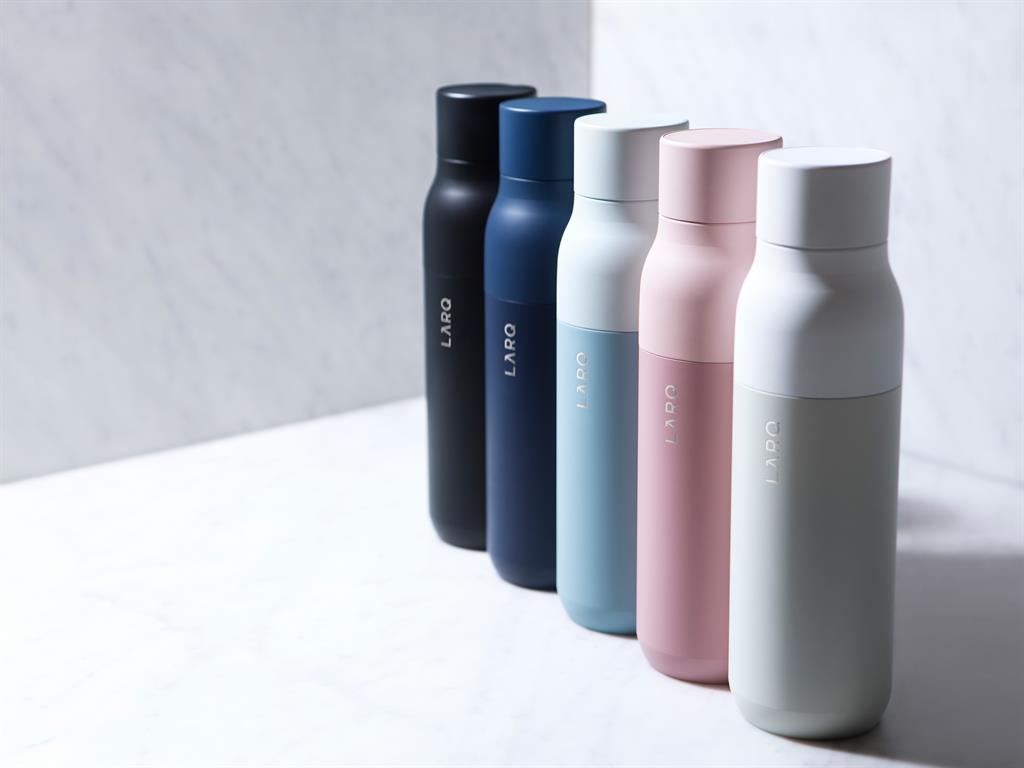 Refilling a bottle without cleaning it frequently could see you swigging water with a side-serving of germs. That’s where this self-sanitising bottle comes in. A UV-C LED purification system has been designed to purify up to 99.99 per cent of odour-causing bacteria and viruses in your water. It’s set to sterilise every two hours, but you can override it at the push of a button if you’re feeling particularly paranoid. A full USB charge lasts a month, liquid you pour into it will be kept hot or cold for 12 or 24 hours respectively, while its attractive design means drinking water never looked so pretty. From £95, livelarq.com 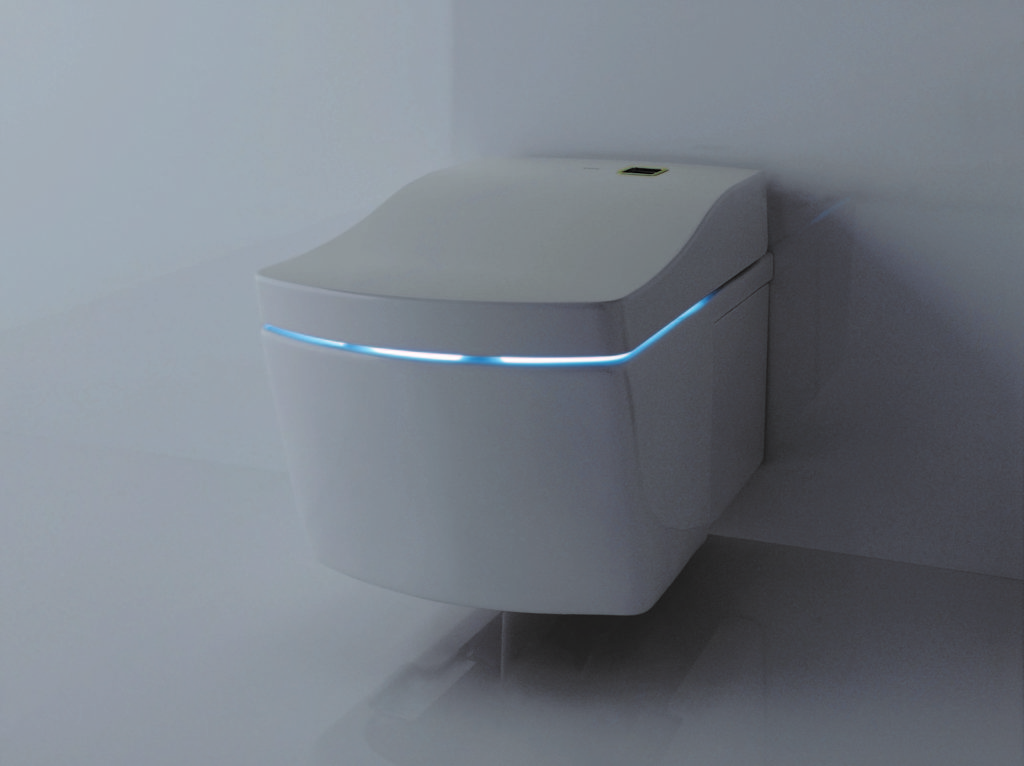 Toto’s intelligent toilet features sensors that open the lid, automatic flushing and a heated seat. Its best feature, though, is its titanium dioxide bowl that gets rid of microscopic waste. Electrolysed water with a slightly acidic pH level is activated by an integrated UV light, ensuring the bowl remains free of waste, limescale and mould. In other words, this loo cleans itself. From £9,792, waltonbathrooms.co.uk 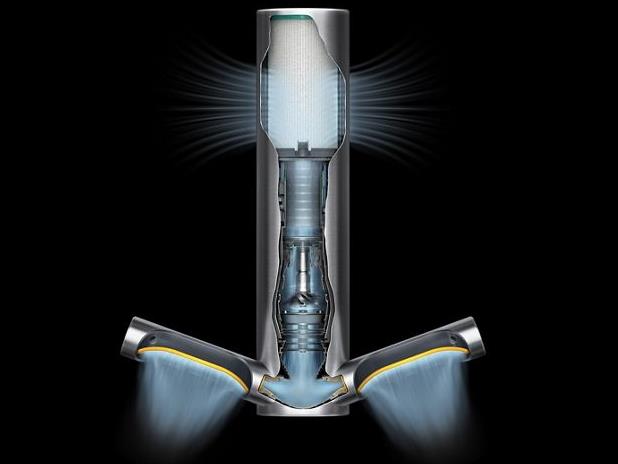 While wiping off the wet stuff with a towel will do for most people, those concerned about hand hygiene — and with deep pockets — might like this futuristic-looking, energy-efficient hand dryer. After three years of development and more than 700 prototypes made, this touch-free dryer has been designed to dry hands quickly, quietly and hygienically with low-energy use, capturing 99.95 per cent of bacteria and virus microbes from the air in the process. £1,198, dyson.co.uk 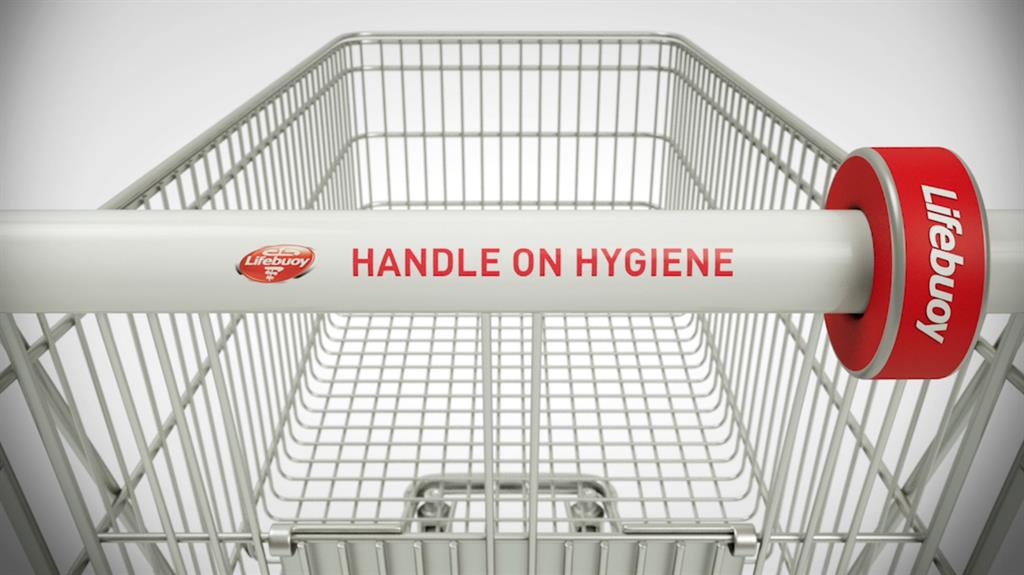 It’s no secret that shopping trolleys are a breeding ground for bacteria. US company Lifebuoy has developed a cleaning solution, the ‘handle on hygiene’, which claims to kill 99.9 per cent of bacteria by swiping along the handle. There’s no word on when it will be hitting the UK but let’s hope it’s soon. 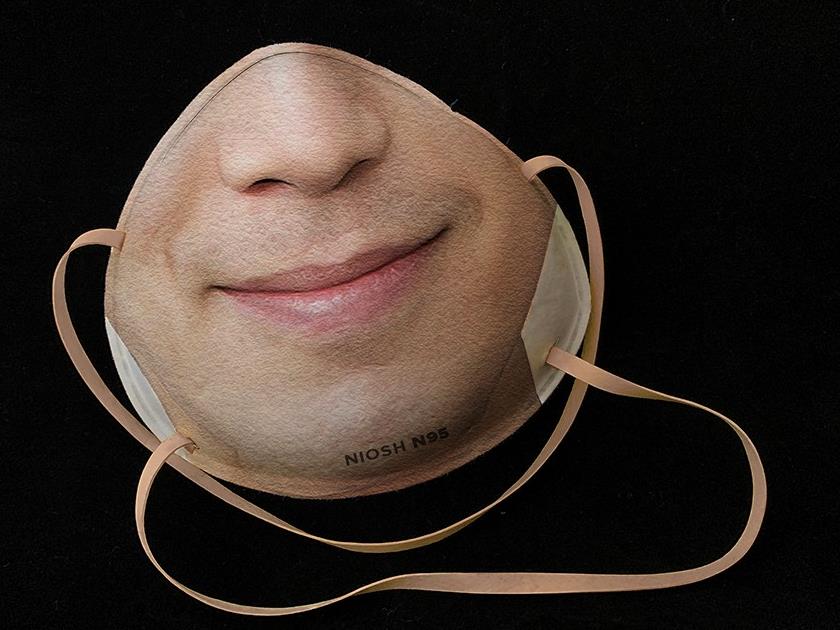 It’s hard to stand out from the crowd when everyone’s wearing the same face mask. One company wants us to protect ourselves with a mask that matches our face. The really interesting part? It’s Face ID-compatible and so accurate you can unlock your iPhone with it. faceidmasks.com 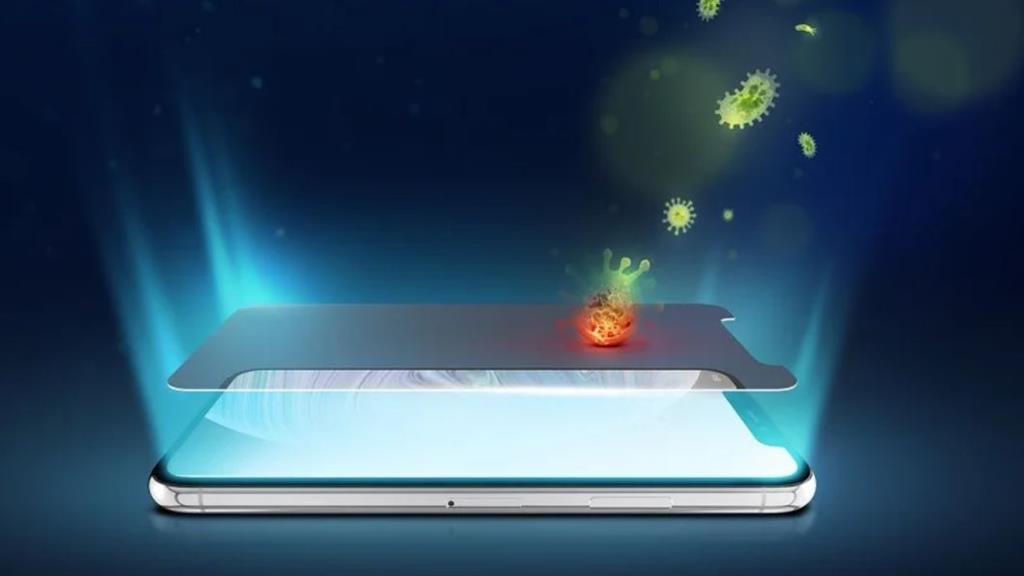 The average person touches their smartphone more than 2,000 times a day, so it’s hardly shocking that phones are a playground for bacteria. The InvisibleShield screen protector, which kills 99.99 per cent of surface bacteria, will keep your phone super-clean. From £12.49, zagg.com 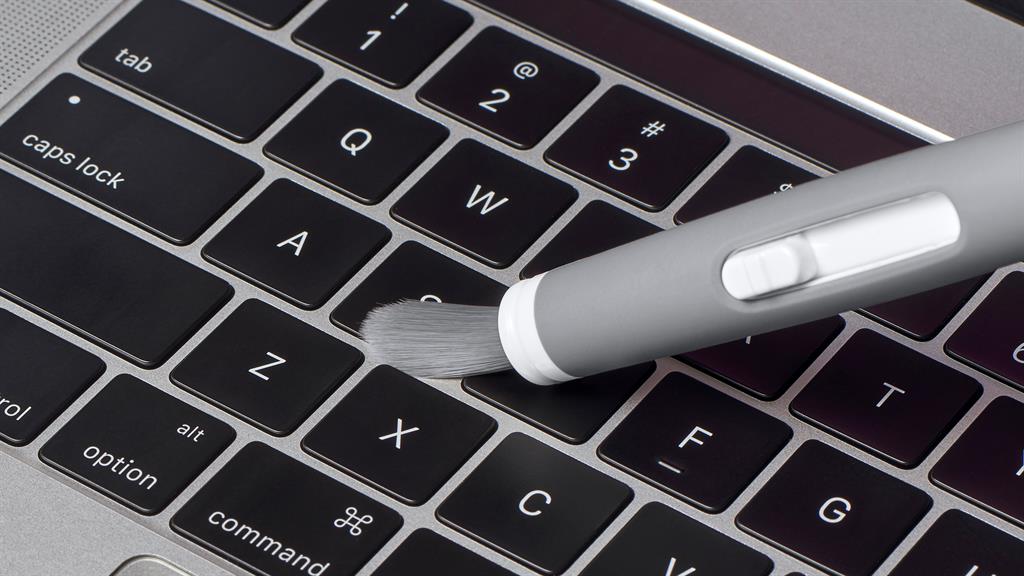 Don’t let your desk and the electronic kit sitting on top of it become a breeding ground for germs. OXO’s cleaning tools range from a pen-like brush for smaller gadgets like earbuds, to a device that tackles the dirt, dust and yesterday’s lunch lurking inside your keyboard. From £7, amazon.co.uk