WHEN I was a kid, my parents announced they were experimenting with vegetable-based alternatives to anything that bleeds, and my mum optimistically placed a veggie burger in front of a very unimpressed seven-year-old me. That was a long time ago so to say we’ve come a long way since we first started cramming beans into a bun would be an understatement.

Silicon Valley-based start-up Impossible Foods has been the poster child for plant-based meat since introducing the world to the Impossible Burger’s now-infamous ability to erupt with juices in a convincingly meat-like fashion. After successfully building on its plant-based predecessor and further imitating the look, taste and smell of real beef last year with its Impossible Burger 2.0, the plant-based purveyor’s latest fake meat mission is lab-flavoured pig-free pork.

As someone who has often scoffed at vegan and vegetarian options in the past — sorry, but buffalo cauliflower wings are no substitute for buffalo chicken wings — my expectations are pretty low and my scepticism palpable. But how will it taste?

Designed to mimic ground meat from pigs, the plant-based pork, which also happens to be gluten-free and designed for kosher and halal certification, looks strikingly similar to the real thing, from its light pinkish hue when raw to the juicy texture, colour and smell once cooked.

As I hesitantly lift the mini sandwich to my mouth, anyone would think I’m about to undergo one of the bushtucker trials from I’m A Celebrity… Get Me Out Of Here! But the minute it hits my taste buds, I have a mouthful of meat that convinces my brain I’m eating the real thing. It is actually quite disconcerting just how good this meat substitute tastes.

Can I tell I’m not eating a true pork sandwich? Sure. But I think that’s down to two things: the first is that it isn’t as greasy as the real meat equivalents. The second is more of a mental thing, with the words ‘this is fake’ scrolling like a news ticker in my mind. That said, all the sensory characteristics you get with pork are there. From the chewy, juicy consistency to the flavour, the entire taste experience screams swine.

A fellow fake meat eater, with a mouthful of pork, enthusiastically tells me it’s just as convincing as the substitute beef, serving as further proof that Impossible Foods has once again nailed it.

Like its plant-friendly predecessor, the main protein in Impossible Pork is soy, which is combined with sunflower and coconut oil and the soy-derived heme protein. Heme is a molecule derived from plants that gives the ‘meat’ its flavour and that signature blood colour. When you consider it’s all reconstituted plant matter, that’s pretty impressive.

The steaks are high

So why am I doing this? Because eating meat has been proven to impact negatively on the environment, doing everything from fuelling climate change to polluting the planet and hugely affecting biodiversity. The UN’s recent climate change report describes plant-based diets as a huge opportunity for mitigating and adapting to climate change, and while it doesn’t explicitly call on everyone to become vegan or vegetarian, it does include a policy recommendation to reduce meat consumption.

Plant-based foods promise to put a smaller footprint on the environment, so Impossible’s meat-free quest to reduce the need for animals as a food source is an admirable attempt to shake up the food industry. The major downside to this breakthrough is that the company’s creations aren’t yet available in the UK because the heme protein they utilise has not been approved by the European Food Standards Agency.

While they run tests on the substance to ensure it’s safe to eat, there are plenty of alternatives. Rival firm Beyond Meat has launched its Beyond Sausage in Tesco, global chain Tim Hortons joined forces with British food tech company Moving Mountains to bring a plant-based banger to select locations across the UK, and Greggs has launched its vegan steak bake.

Elsewhere, Subway has launched its vegan meatball sub, Burger King served its first plant-based burger and KFC outed its ‘Zero’ chicken sandwich, while the list of restaurants, from Simplicity Burger to Halo Burger, which serve burgers that look, cook, taste and ‘bleed’ like a fresh burger are growing by the day.

Plant-based foods have even taken over the sacred ritual of the half-time meat pie at Stamford Bridge, with Chelsea launching the first fully dedicated vegan kiosk in the Premier League with catering company Levy UK. Offering a range of options from pizza to a soy-based donor kebab, it’s a brilliant attempt to make its menus more inclusive.

‘The food industry has been disrupted by tech more than anyone truly realises,’ says Rachel Hugh, CEO & co-founder of The Vurger Co. ‘Vegan burgers made using scientific techniques, extracting elements we couldn’t have dreamt of working with a few years ago such as pea proteins, not to mention new inventions such as lab grown meats, are all life-changing disruptions to the status quo.’

So am I now a plant-based convert? Not exactly. The trouble with giving up meat is that a lot of animals have an unfortunate tendency of being delicious when cooked — tastier, even, than the admirable Impossible Pork. I can’t imagine demolishing it when I’m hungover. Still, it’s good enough for me to consider occasionally swapping meat for plant-based substitutes to do my part for the planet. As someone who is not experimental with food at all, this is a tasty admission indeed.

Greenhouse gas with a side of chips?

We’ve all heard the saying ‘you can’t make money from thin air’ but it turns out we might be able to make food from it. Based on a Nasa concept, Finnish company Solar Foods is working on a protein powder called Solein, which is made out of CO2, water and solar-powered electricity. It could eventually compete with soya and be used as a neutral additive to all sorts of foods.

Piers Morgan may have furiously stated that ‘meatless steak is not a bloody steak’ but Novameat doesn’t agree. The Spanish start-up has revealed the most realistic plant-based steak to date, derived from pea, rice, seaweed and beetroot juice. It has used 3D printing to mimic the texture and appearance of a real cut of beef.

Food allergies are a big problem for restaurants, with 4,500 people admitted to hospital every year in the UK as a result. To combat the problem, Restaurant Solutions has launched an e-waiter, or chatbot, for restaurant websites to help customers search for allergen-free dishes or meals tailored to dietary requirements. 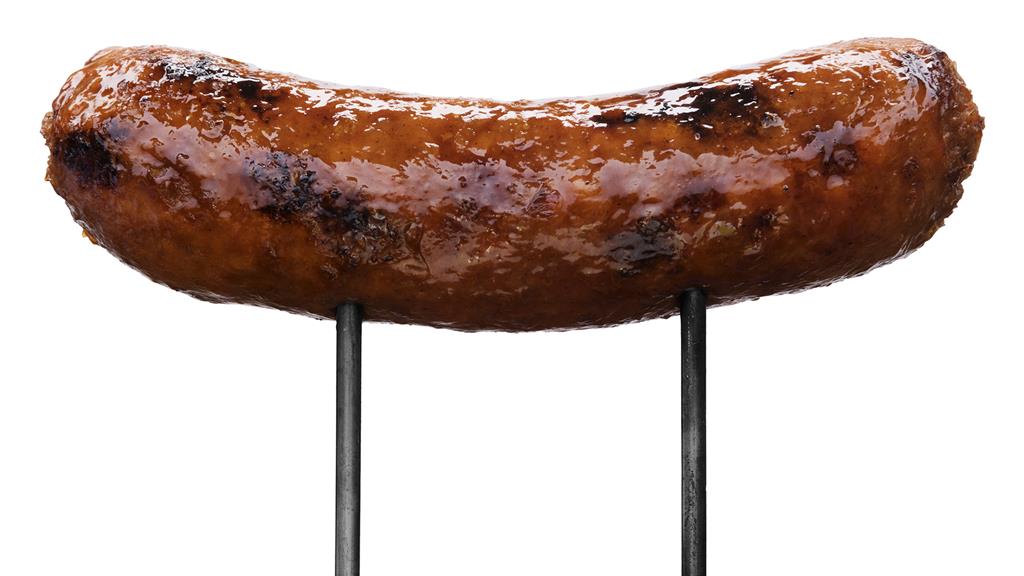 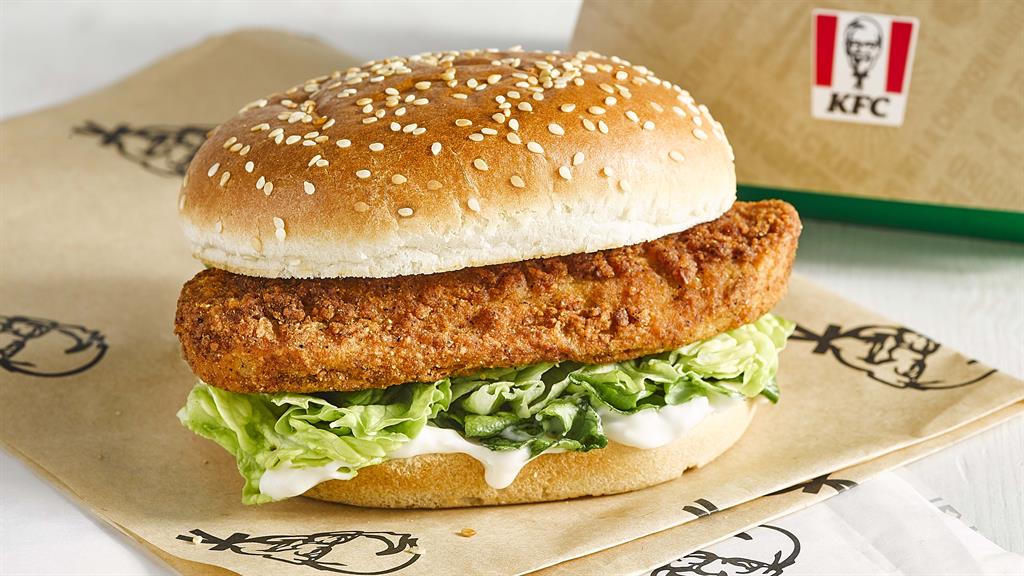 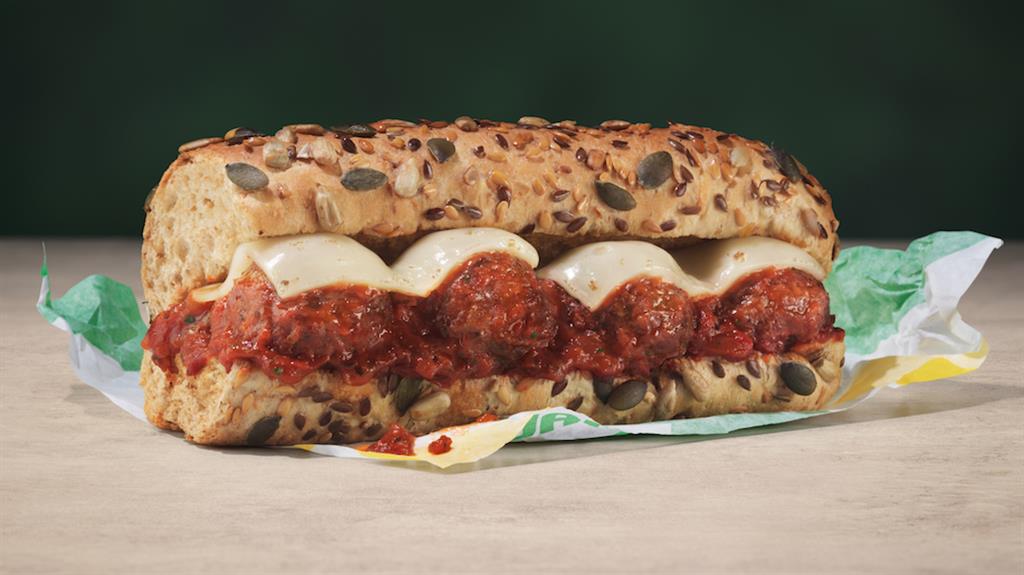 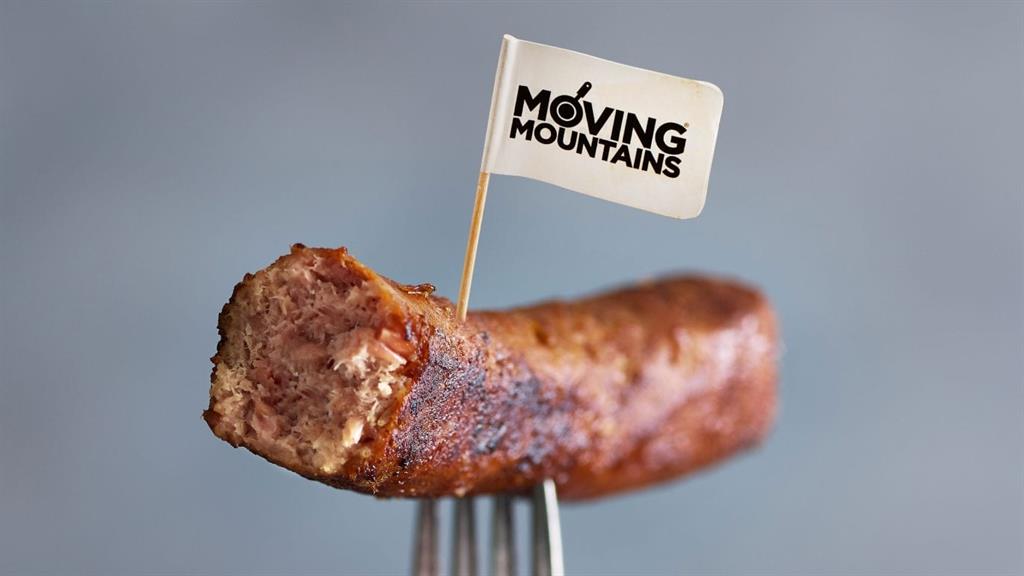 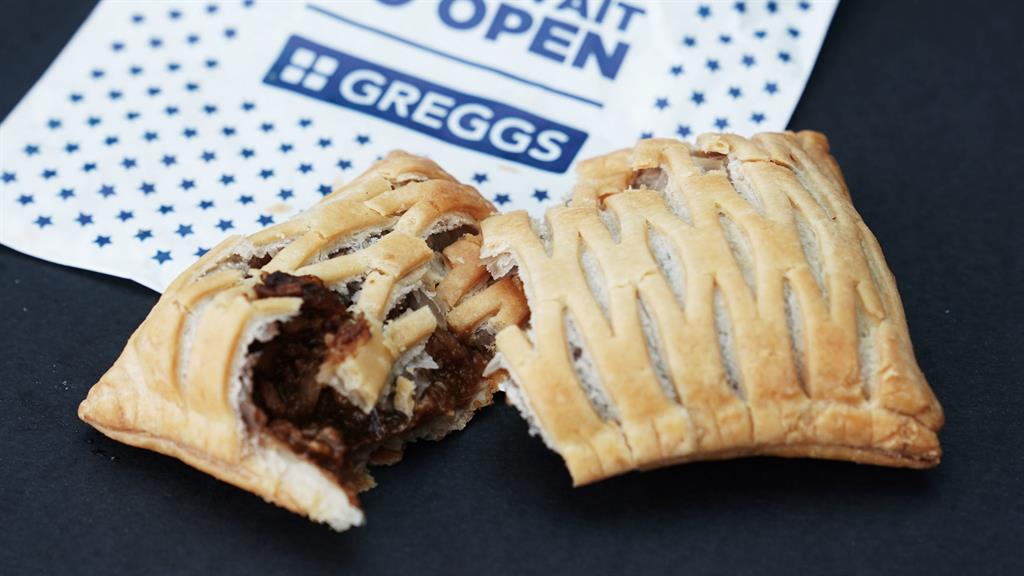 ■ Meat sales in supermarkets fell by £184.6m last year and, according to The Grocer magazine, the meat-free sector is now worth £474.5m