AN INNER-CITY allotment site has become a last resting place for dozens of abandoned cars.

More than 30 rusting vehicles have been dumped on land in the middle of a housing estate since last January.

Retired teacher Ann Dutton, 66, whose home backs on to the site in Walsall, West Midlands, said: ‘A neighbour told me people were selling them from there, but they have never moved. 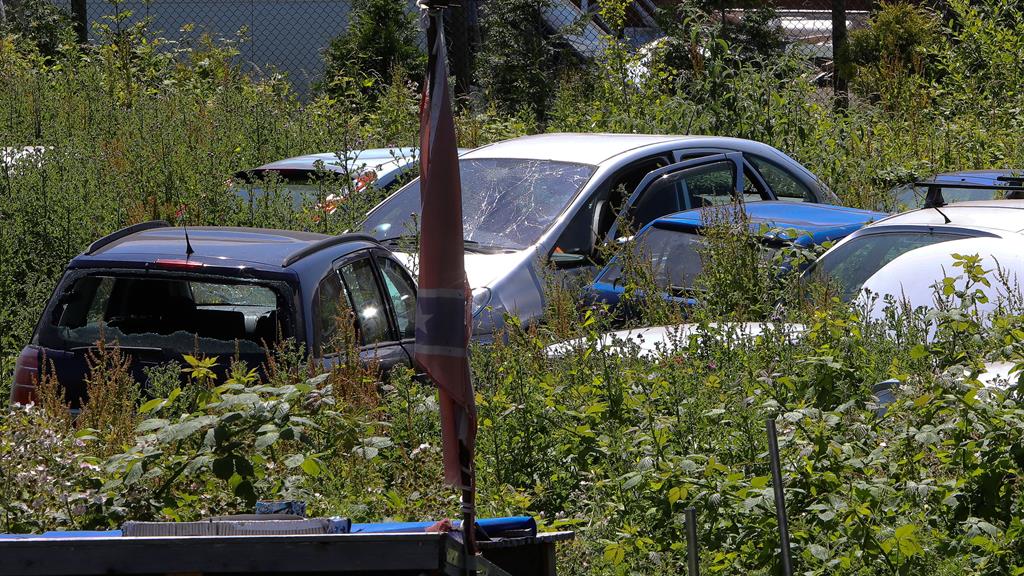 ‘My concern is if any of those cars had petrol in the tanks, if they did go up, there’s no easy access for emergency vehicles, so how will they put the fire out?’

Another resident, who did not want to be named, said: ‘It’s a shame an allotment has turned into a car graveyard. Young kids go in and smash the windows.

‘It’s wrecking the area because the allotment used to be somewhere people could enjoy and grow their own fruit and veg.’

Neighbours have complained to Walsall council about the eyesore. Councillor Garry Perry said: ‘The land is privately owned so we are investigating what can be done.’