LIFE in comedian and radio presenter Tom Price’s house certainly wasn’t the barrel of laughs he had dreamed of.

In fact, its punches proved harder-hitting than his stand-up routine, as the father-of-two discovered just two months after purchasing his pride and joy in Highbury.

‘We went away for a few days and when we came back we noticed the entire house was sloping,’ the 37-year-old first-time home buyer says.

The three-bed Victorian house had been hit by subsidence — the result of building works on a neighbouring commercial property which was being converted into residential homes.

‘They’d dug down beneath the footings of our house,’ Tom recalls.

‘It was like a slow-motion earthquake. They underpinned an old wall for their development, but didn’t underpin our wall — so our wall kept moving.’

At one stage his family woke up to the sound of the ceiling cracking.

‘It was really stressful,’ Tom says. ‘I was 27 at the time and suddenly had to deal with this incredibly grown-up situation which I didn’t have any previous experience of.

‘Teams of surveyors would turn up and talk to each other as if I wasn’t there — it was a horrible experience.’

Due to the party wall agreement, the developers had to cover the costs of repairing the damage — but Tom and his wife Beth Morrey had to move out for 18 months while work was completed.

‘It took a long time, because back in 2008, a lot of building companies were going bankrupt,’ he says.

‘They also spent several months monitoring how much the house was moving before work started.’

While the essential building work was being carried out, the couple used the opportunity to make some changes — getting rid of the side return and extending the kitchen.

They embarked on further renovations last year — overhauling the kitchen and adding a study and a bedroom to the former loft space.

‘The kids [aged five and two] are getting bigger, so we wanted more space,’ Tom explains. 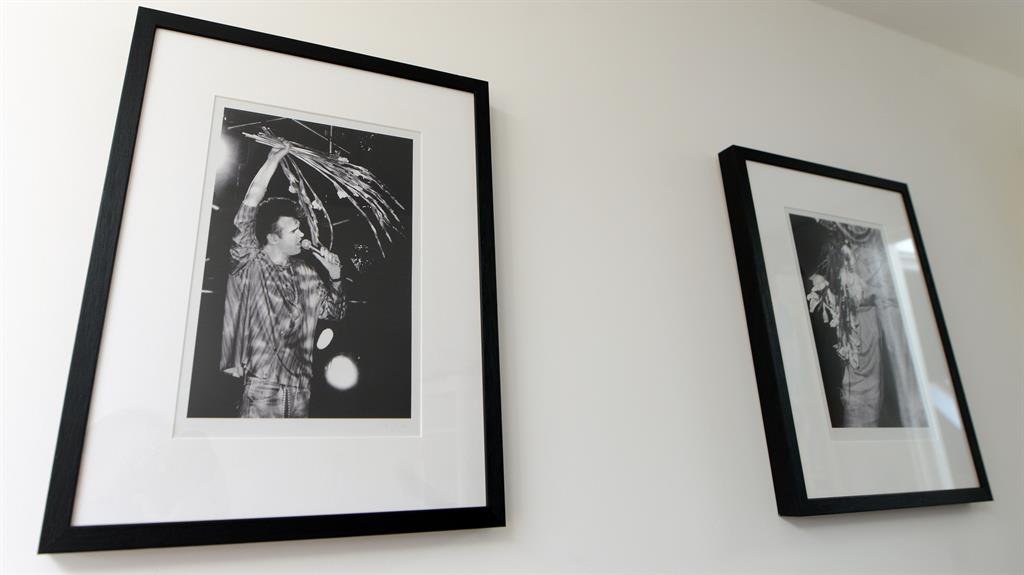 ‘Things are a lot more contained now — I can work in the study rather than at the kitchen table.

‘And at 8pm we can clear all the toys out of the living room, so we don’t have mess everywhere.’

The couple employed a local architect, who suggested using skylights — which certainly make the stairway and study feel bright and airy. A kitchen design company also made some innovative changes. ‘They did an amazing job — making the most of all the little spaces in the kitchen,’ Tom says.

‘We’ve now got big cupboards along one wall and have more storage space than we need.’

They also made some simple alterations that created more space, such as replacing the original six-ring hob with a smaller induction version.The understairs cupboard was turned into a new toilet. ‘One of my son’s friends was stuck in there recently,’ Tom laughs. ‘The handle on the lock fell off and dropped between the floorboards. We had to take the door off the hinges to get him out.’

So far, no-one has been stuck in Tom’s office, which is neatly kitted out with an eye-catching orange chair and footstool from a shop in Islington.

The room is lined with books and a clutch of his awards, including the 2001 finalist trophy for the Open Mic Awards, in which he competed against comic big guns such as John Bishop. Photos of musical heroes, such as Morrissey [inset left], hang on the wall, along with an interesting painting from Stockholm.

‘It’s called Falling Man. I’m obsessed with it — I can’t work out if he’s falling or flying. It depends on what mood I’m in! I was in Stockholm touring with Stephen Merchant two years ago when I walked down a little cobbled street and went into this small art gallery. I saw this painting and thought: ‘‘That’s exactly what I want.’’’

Despite the difficult start, Tom and Beth now love their home. 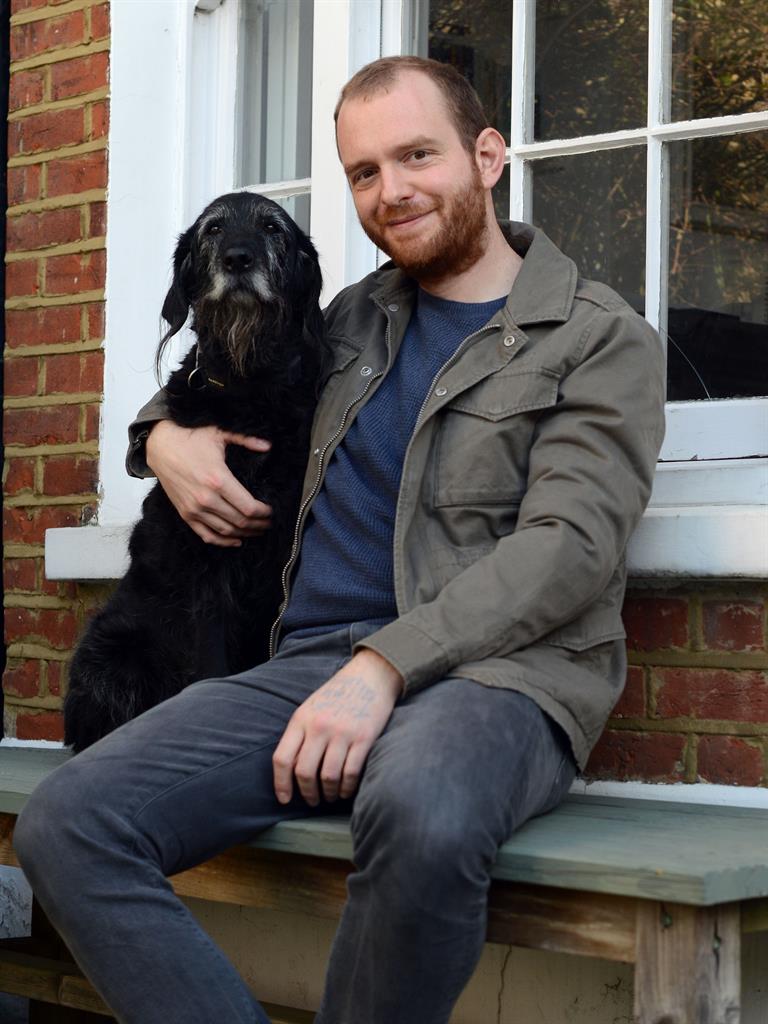 ‘When you get a dog, you really get to know the area and become part of the community,’ he says. ‘It’s the same when you have kids — we now know everyone with dogs and kids! And we’re really pleased with how the work on the house has gone. The architect did a great job. It’s amazing how extending up has freed up space — we’ve achieved more than we first thought was possible.’