THERE are a dozen big sporting names who were unfortunate enough to spend their very last moments before isolation in the company of yours truly. Poor sods.

Although, before you feel too much sympathy for them, it should be noted they were all paid to do so.

My new independent, sponsored podcast was meant to be in front of live audiences over a period of four weeks, but ended up being bashed out in well-sterilised, empty rooms in just four days.

The format of ‘Colin Murray’s 52’ is simple. A deck of playing cards, hidden questions on each of them and, by and large, the selected five-card hand forms the basis of the entire interview.

The result? More unpredictable handbrake turns than the World Joyriding Championships, and I’m really chuffed with it.

Snooker’s greatest Ronnie O’Sullivan was my first guinea pig, and had to handle everything from ‘who is your non-famous hero?’ to ‘what is one thing about you nobody knows?’. The answer to the latter, by the way, was ****ing funny. 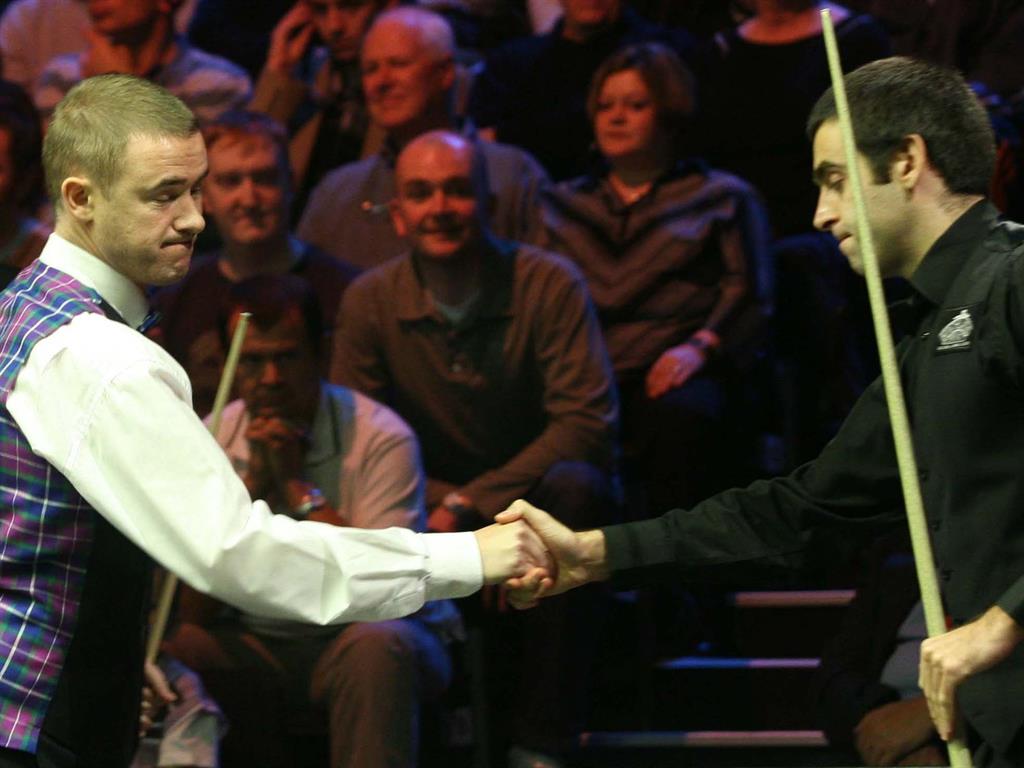 Before long, the cards asked him, ‘what two minutes of your career would you hate to relive?’, and the Rocket’s memory shot back in a flash to December 2006.

‘When I walked out on the match against Stephen Hendry,’ he recalled. ‘I played him in the UK Championship and I was just going through a hard time off the table.

‘Things were alright but my brain just wasn’t into the snooker.

‘It was first to nine, I was 4-1 down, and I couldn’t pot a ball anyway. I missed a shot and just shook his hand and walked out of the venue.

‘I wanted to do it three or four matches previous to that. I just didn’t want to be out there. It was off-the-table problems and I wasn’t able to deal with it.

‘I didn’t want to be on display, really. I felt lonely out there, whether I was winning or losing.’

This season, Ronnie has been choosing his tournaments wisely, and that may be the reason a buoyant O’Sullivan has landed beside me, anti-bacterial gel at the ready.

‘This year I’ve done everything I shouldn’t. Didn’t practice, didn’t play in enough tournaments, but I look back and don’t regret one bit of it,’ O’Sullivan added.

‘Your mental health and your happiness, spending time with your family and loved ones, I do believe is the most important thing. It’s like the roots of the tree, you know.’

This unpredictable format seemed to suit Ronnie, and it was the most enjoyable half hour I’ve spent in his company, primarily due to this happy place he has been able to find — a place that has not always been easy for him to locate.

So, when asked to define happiness, through his 44-year-old eyes, his answer was not just encouraging, but also topical, as most of us face an extended period of time indoors in extraordinary circumstances, and others much more serious upheaval.

‘Happiness, I think is simplicity — when I realised it wasn’t in winning or material items.

‘The first step for me was to stop drinking and puffing, then running was a massive endorphin rush.

‘All I have to do is spend £100 on a pair of trainers that last me six months, put on a tatty pair of shorts, an old vest, run for an hour through Epping Forest and I feel brilliant.

‘It’s fantastic and cheap! None of the material things made me feel as happy. For me, to find true happiness is staying fit, eating well and not trying to get these material items.’

With an ace of a chat in the bag and an elbow bump, off flies the Rocket, with the likes of Chris Waddle, Jimmy Floyd Hasselbaink, Tony Bellew, Graeme Swann and more following closely behind him.

So, if you fancy some unpredictable, original material over the next five weeks, Colin Murray’s 52 is already out now in all usual podcast places. I promise you, thanks to guests like Ronnie, it is not a busted flush.