COLD Feet star Robert Bathurst has been getting puzzled looks about his latest stage show Love, Loss And Chianti — an adaptation of two books in verse by poet Christopher Reid and accompanied by animation.

‘I did it in an art gallery in Chicago. When I told people I was doing a poetry show they said, “Great!” In London they say, “Oh really?” says Robert.

‘The idea of being exposed to verse frightens people, but the point of this project is verse doesn’t have to be frightening. You can cope with song lyrics so why can’t you cope with spoken lyrics?

‘I do it in a way that sounds like plain speech. You don’t have to sound like an intoning, high-church vicar sounding like, “I am doing poetry now.” That’s a real turn off.’

Robert, 63, became a fan of Reid’s books A Scattering and The Song Of Lunch ten years ago and has spent the subsequent time producing this stage adaptation.

A Scattering, which won the Costa Book Award, relates the death of Reid’s wife and his subsequent struggle with bereavement. 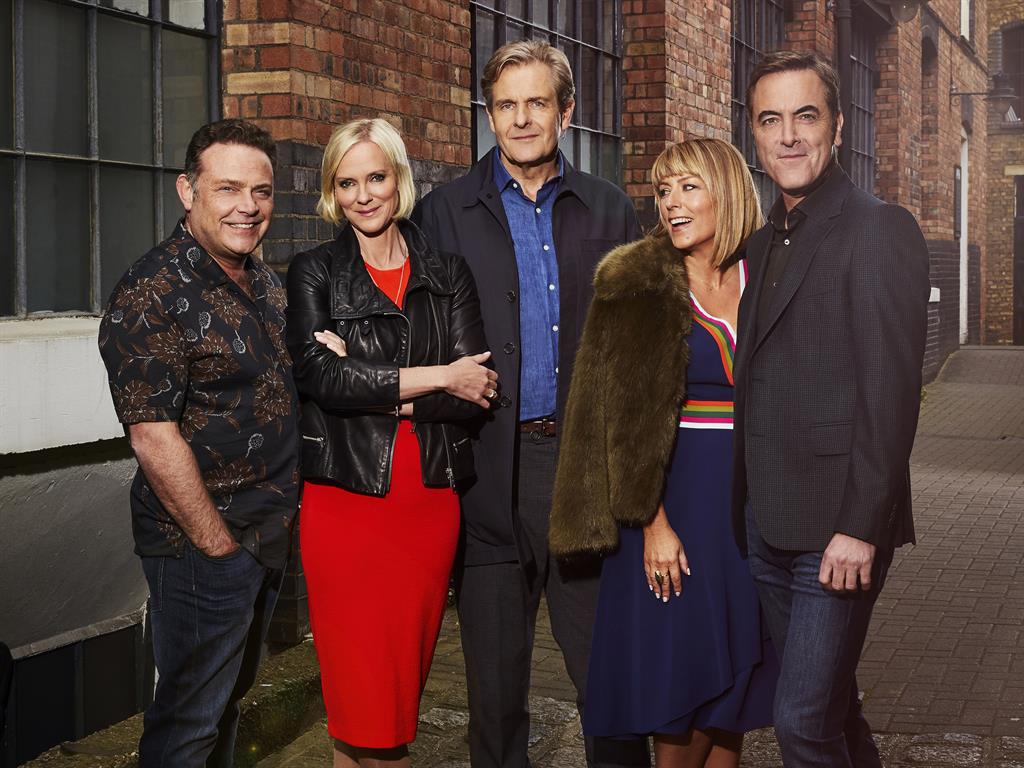 By contrast, The Song Of Lunch, which he started writing the day he finished A Scattering, is a farcical tale of a man who makes an ill-advised attempt to rekindle a romantic relationship over a boozy meal in a Soho restaurant.

Robert first read A Scattering when one of his friends became ill with cancer. ‘It was very helpful,’ he says. ‘It articulates what we all go through with bereavement, but what very few of us are capable of expressing. Which is why I love it and wanted to bring it to the stage.

‘It starts with their final holiday and goes through her death and the process of grief,’ explains Robert.

‘It sounds morbid, but it isn’t — it’s so beautifully expressed. We all go through grief. If you’ve loved, you’re going to go through grief; it’s part of life, but we’re shy of it.’

Robert met Reid at a literary festival and got permission to adapt the books. From there he set about turning the work into a one-man show and tried it out at various venues — including art galleries and rooms above pubs.

The project has taken so long because he’s had to fit it in around his stage and TV work, but his adaptation of The Song Of Lunch became a hit at the 2017 Edinburgh Festival.

‘Everything seemed to take a year between one part of this project and the next,’ laughs Robert.

One of the final aspects of the production was completed when the Arts Council gave him a grant to fund the 50 minutes of animation displayed behind Robert and co-star Rebecca Johnson as they perform the piece.

‘The grant emboldened me. They understood what I was doing — there were no puzzled stares from them. To get that stamp of approval meant a great deal.’

He also got a seal of approval from his Cold Feet castmates and crew when he performed the show while standing on a box after filming ended on the last series. ‘They enjoyed it,’ says Robert. ‘The first part is harsh stuff but also uplifting. The second is about self-destruction but it’s also very funny. I love the response from the audience when they suddenly understand what we’re doing.’

Standing on a box isn’t the only unusual place Robert has shown his acting skills — he had an eventful run in a one-man production of Jeffrey Bernard Is Unwell in Soho’s famous, but compact, Coach & Horses pub last year.

‘We crammed 70 people into the pub. I was stepping over dogs and falling over people,’ laughs Robert.

‘One night a woman fainted and I had to stop the show and take her outside. The door staff had gone for a drink so I was left with her. I had to lay her out on the pavement and called an ambulance, then went back in and started the show again. It was like having a residency at the Coach & Horses. I loved it.’

Robert has been enjoying more success with the current series of hit TV drama Cold Feet, as well as Downton Abbey and Toast Of London. Co-stars from all three TV programmes will be coming to see Robert early on in the run.

‘I’m so excited to be doing the show. And I’m looking forward to the stares becoming less puzzled the longer the run goes on.’

■ Love, Loss And Chianti is at the Riverside Studios in London until May 17, riversidestudios.co.uk