FORMER US president Bill Clinton urged people to finish Martin McGuinness’s work for peace after thousands of people joined the procession at the ex-IRA leader’s funeral.

Mr Clinton, who was also central to the Good Friday Agreement, looked down on the coffin draped in the Irish tricolour at St Columba’s Church in Londonderry as he spoke. 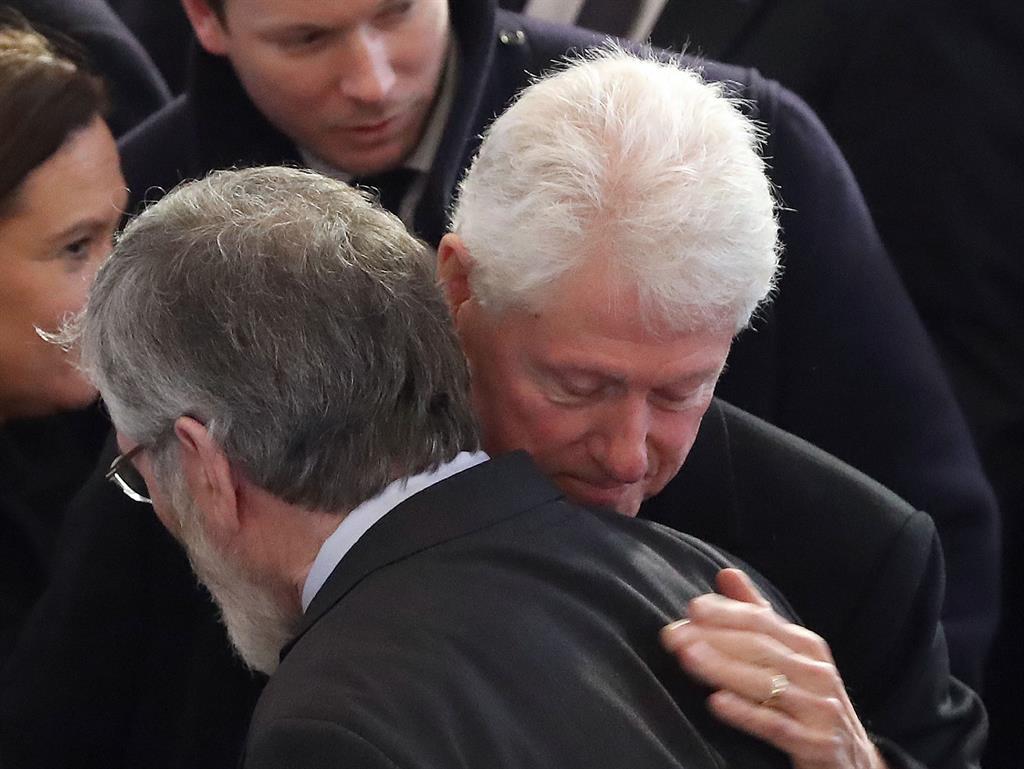 ‘He persevered and he prevailed. He risked the wrath of his comrades and the rejection of his adversaries,’ Mr Clinton said.

He added that Mr McGuinness had ‘earned’ the vast crowd and ‘the right to ask us to honour his legacy by our living. To finish the work that is there to be done’. 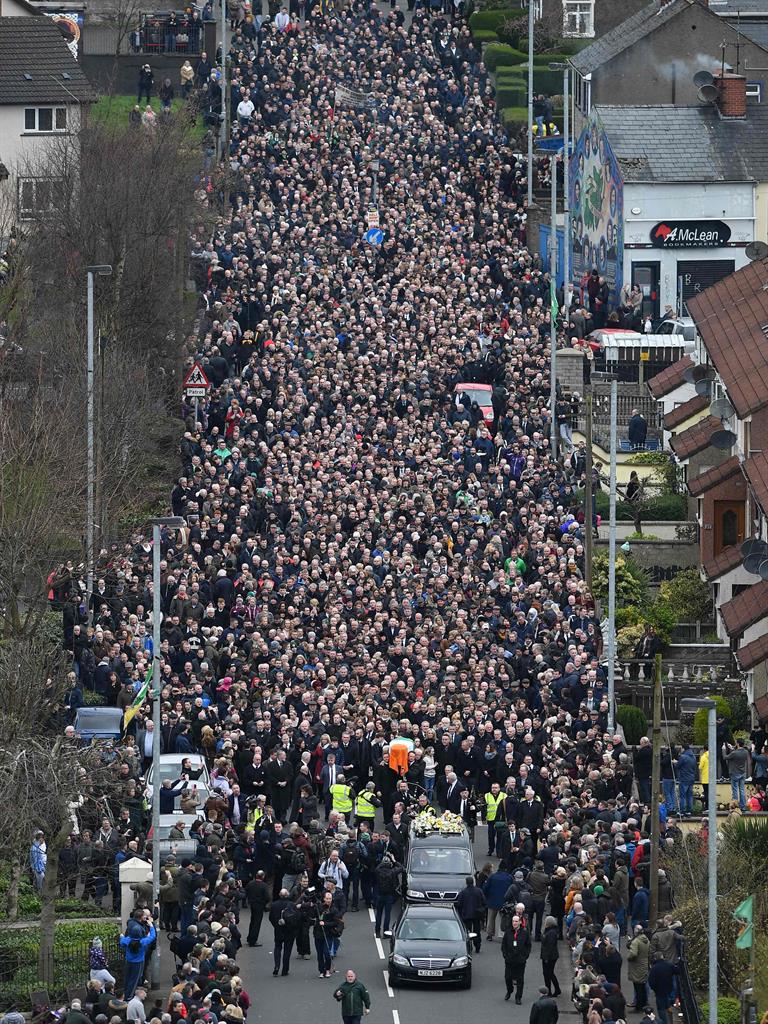 Mr Clinton consoled Sinn Féin leader Gerry Adams after the service. Mr McGuinness’s native Bogside area came to a standstill as his coffin was carried through.

The 66-year-old died on Tuesday from a rare heart condition.