LEICESTER boss Brendan Rodgers believes Jamie Vardy could still walk into any team in the Premier League after his brace in a 3-0 win at promoted West Brom.

The striker’s two penalties and Timothy Castagne’s debut goal saw the Foxes stroll to victory at The Hawthorns.

Vardy scored 23 times last season to win the Golden Boot and his two goals took him to 105 top-flight goals, one above former Chelsea striker Didier Drogba in the all-time scoring charts.

He turns 34 in January but Rodgers knows Vardy remains one of the best. ‘There are many top strikers at this level but any team would want someone like him in there,’ Rodgers said.

‘He’s super cool, clinical and has still got pace and running ability. In that situation to put us two up he showed great composure. It’s a great start for him to score two goals and very good for the team.

‘It’s not a big surprise with top-quality players, it doesn’t matter what they’ve done, doesn’t matter how much they earn, they want to be the best they can be.

‘He trains and works intensely and he is a natural goalscorer — he is still quick. I suspect he will have another great season.’

A low-key game sparked into life after 56 minutes when Castagne headed in a debut goal, having joined from Atalanta in the summer, when he beat Kieran Gibbs to Dennis Praet’s cross.

Rodgers added: ‘He defended well, attacked and it was great to get a goal. He’s a player I’ve known for a number of years, he will run all day and looks to get in the box. I’m delighted for him and it was a really good debut.’

Albion gave away two penalties in the final 16 minutes. First, Kyle Bartley pulled Vardy back for the striker to convert and then Dara O’Shea felled James Justin to allow Vardy to score his second. 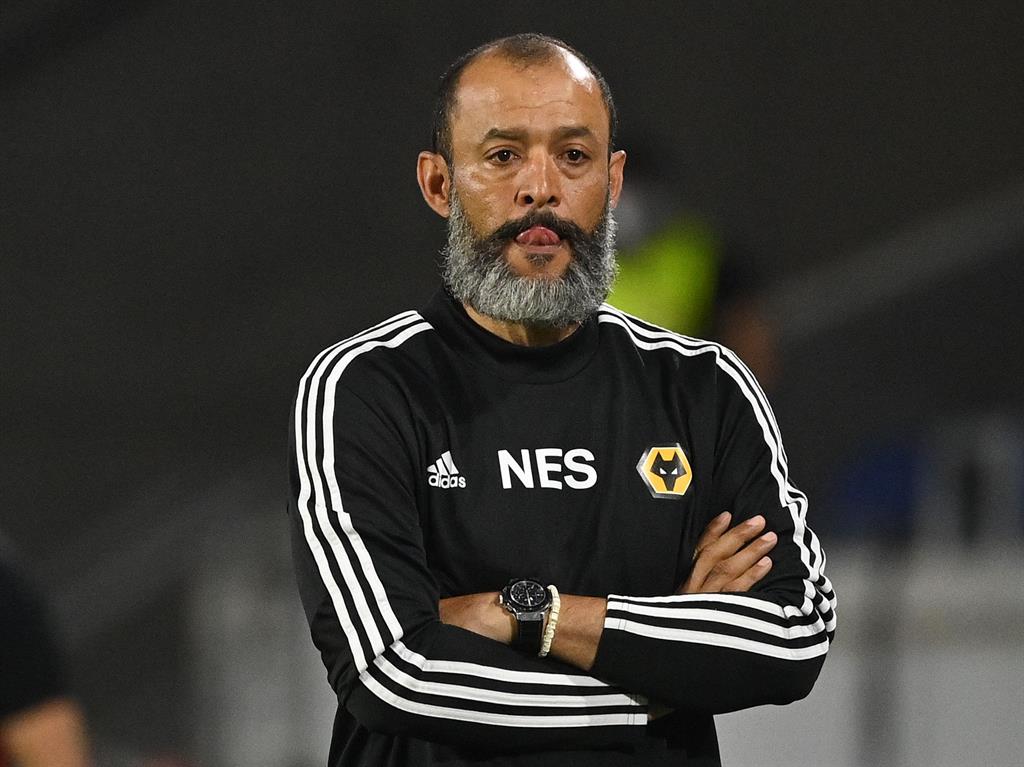 WOLVES head coach Nuno Espirito Santo has signed a new three-year deal ahead of tonight’s season opener at
Sheffield United. The Portuguese (above) had a year left to run on his existing deal.