THE vandalised statue of Winston Churchill in London’s Parliament Square has been saved — by a specialist cleaner who is also called Winston.

The iconic monument, which overlooks the Houses of Parliament, was daubed with graffiti reading ‘[Churchill] was a racist’ during weekend protests.

Volunteers — including army cadets, a Black Lives Matter demonstrator and even a group of Tory MPs — rushed to try to clean it up yesterday, until contracted professionals from conservation and repair company DBR Ltd took over.

And it was all in a day’s work for 59-year-old Winston, who has been maintaining the monuments in Parliament Square and other sites for the firm since 2006.

‘Churchill’s statue is the one that gets hit the most. I’ve cleaned off red paint, white paint, yellow paint… all kinds of graffiti.’ 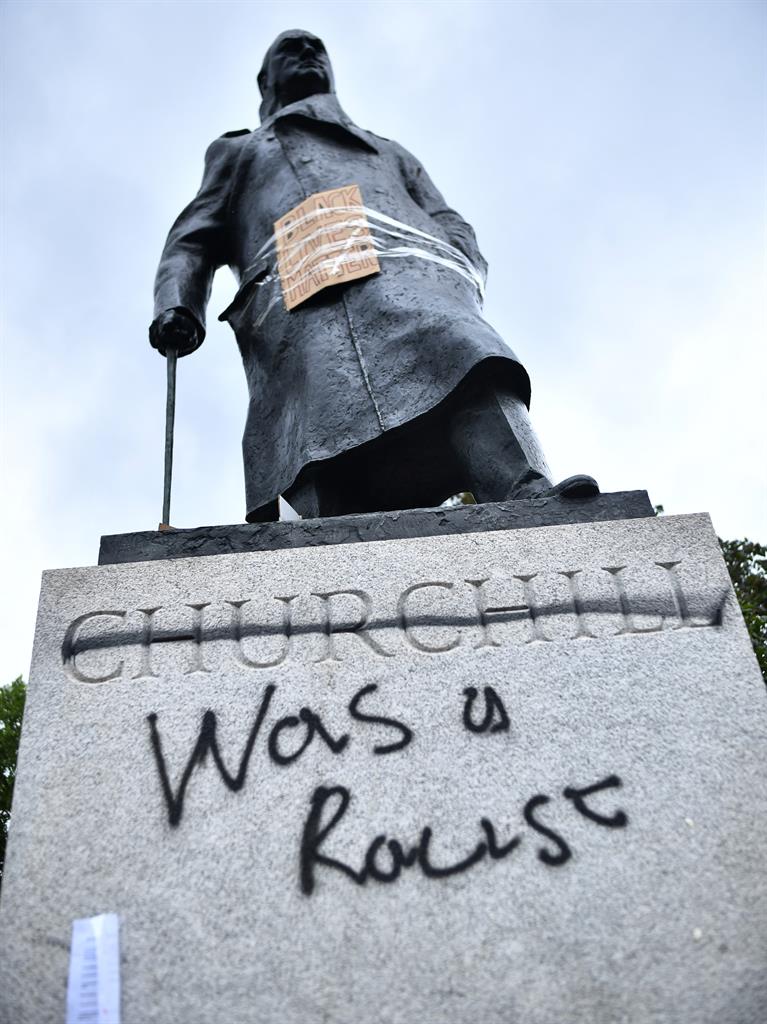 Winston, who did not want to give his surname, said he and colleagues use steam and a mixture of ‘mild’ chemicals to clean graffiti and other mess from statues.

But he said it will probably take several days before the graffiti completely fades from the monument to Britain’s wartime leader — and warned have-a-go cleaners they risk causing permanent damage.

Winston, who said he had no idea why his parents had given him his name, added: ‘I do enjoy my job and find it satisfying. With Churchill and all the others, none of them are just statues.

‘They are all important for all sorts of reasons, and I’ve got a job to do.’ DBR director Adrian Attwood, said: ‘The guys have been doing a fantastic job out there, but it’s not always easy to remove. We probably will have to go back again.’

Meanwhile, a man claiming to be the Churchill statue vandal told the BBC he had no regrets — because the wartime leader only fought the Nazis to protect ‘colonialism’.