A CLEAN-UP of the devastation caused by Storm Ciara was under way across Britain last night following widespread damage, disruption and at least two deaths.

It came as strong winds, heavy rain and snow continued to hit parts of the country following the storm’s peak on Sunday.

Police confirmed yesterday that a 58-year-old motorist had been killed on the A33 in Hampshire after a tree fell on top of his car. The man, from nearby Micheldever, was pronounced dead at the scene just before 4pm on Sunday. Authorities in Clydebank, West Dumbartonshire, said a 77-year-old man had died just before 11am yesterday after he fell and banged his head during icy weather. 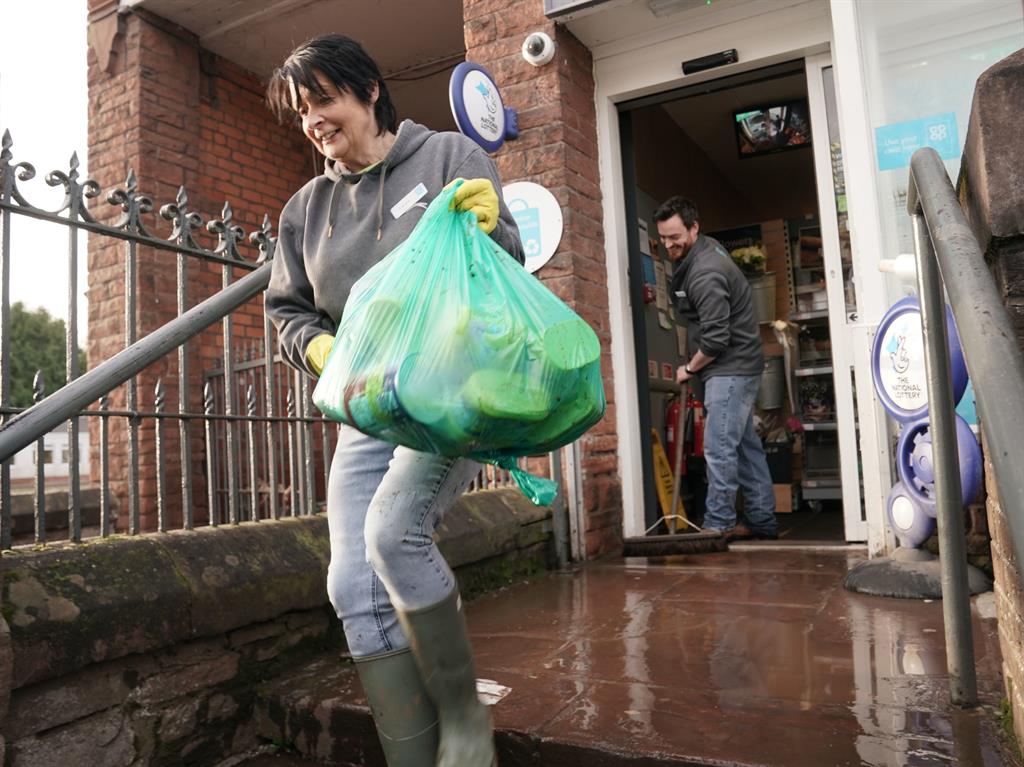 The government also announced that local authorities in West Yorkshire, Cumbria and Lancashire will be able to apply for emergency financial aid to fund temporary accommodation and rest centres.

Gusts of 60mph to 70mph continued to blast the country yesterday as forecasters warned the weather will remain unsettled for the rest of the week.

In the Midlands and Wales, more than 20,000 homes were left without power overnight on Sunday.

Network Rail said that thousands of engineers had ‘battled horrendous conditions’ from Sunday until yesterday clearing tracks and repairing damage after strong winds blew trees, sheds, roofs and trampolines on to the railway.

But services were still hit by speed restrictions, delays and cancellations yesterday, while the West Coast Main Line was forced to close between Carlisle and Glasgow due to flooding in Cumbria.

Fallen trees also caused problems on lines such as the Dorking to Horsham route through West Sussex and Surrey.

More than 100 flights were cancelled, with British Airways and easyJet among the worst affected carriers.

The Met Office predicted wind, rain and snow in many parts of the country for the rest of the week, with frost and showers on Friday and further unsettled weather over the weekend.

Up to four inches of rain fell in 12 to 18 hours, said the Environment Agency. Many businesses and homes were left under water.

The floods in Mytholmroyd, West Yorkshire, come after more than £30million was spent on defences in the village following flooding on Boxing Day in 2015. Part of the scheme was completed last year with the rest still under construction.

Wardens were yesterday assessing the damage and in neighbouring Hebden Bridge. In Elland Bridge, a bridge was closed for inspection after a shipping container hit it.

■ AT LEAST five people were killed as hurricane force winds and heavy rain battered Europe. A man died in Slovenia when his car was hit by a falling tree. Another driver died in Hesse state, southern Germany, when his truck crashed into a static trailer on a motorway. A woman and her daughter, 15, were killed when the roof ripped off a building landed near a ski lift in Bukowina Tatrzanska, Poland. In Fegen, Sweden, a man died when his boat capsized. The storms left 276,000 homes without power in France, Germany and the Czech Republic. 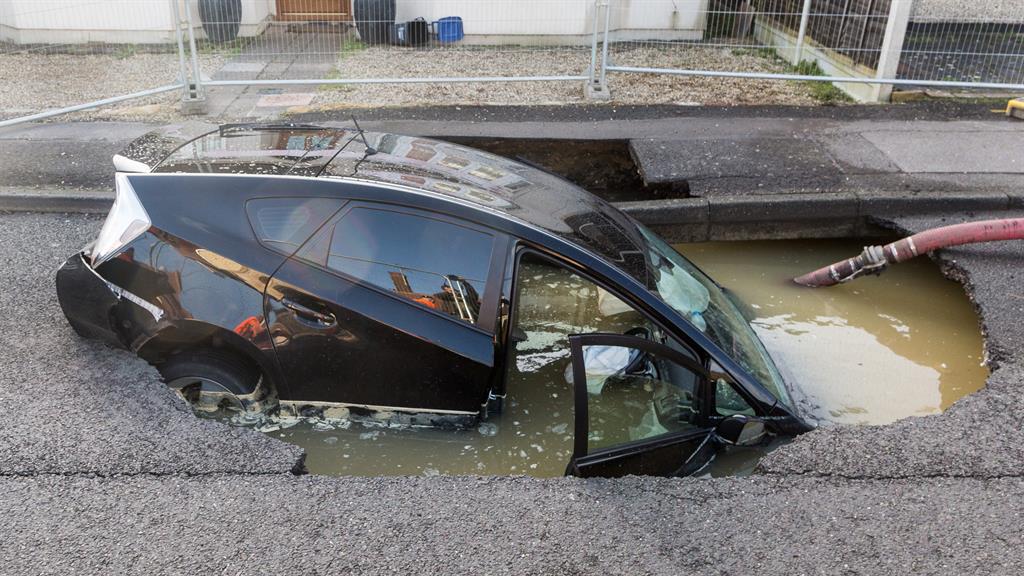 A MOTORIST escaped unhurt after his car plunged into a huge sinkhole.

Homes were evacuated along the road in Brentwood, Essex, after the 6ft-deep hole opened up following reports a sewer had collapsed.

The Toyota became trapped nose-first, with pictures showing the driver and passenger doors wide open and both airbags inflated.

Resident Gordon Humphrey said his wife heard a bang and thought it was a fence panel. ‘Then we saw a car in the hole,’ he said.