The Denmark international (pictured), who is out of contract at the end of the season, has been linked with a move to Inter Milan this month as Spurs look to offload a player who will not commit to a new deal.

Eriksen’s situation at the club has rankled with fans and he was booed off against Liverpool on Saturday.

After the 1-0 loss he was seen waving to fans, leading to suggestions that he might have played his last game at the club. 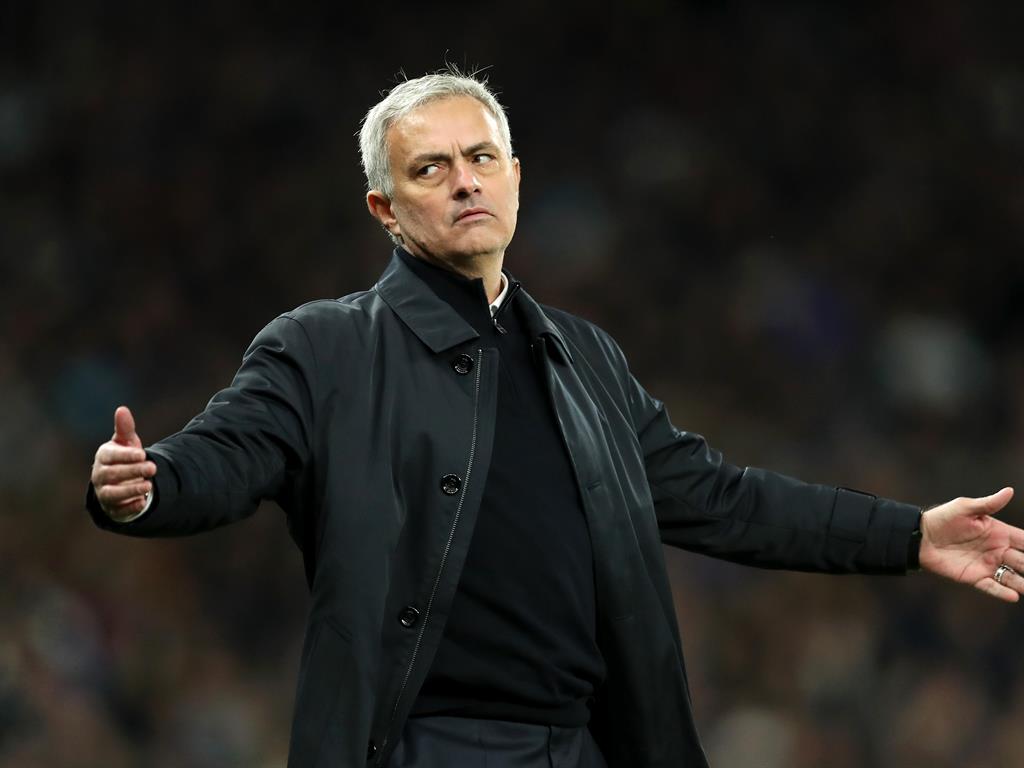 But Mourinho (above) insists that, so stretched is his squad, he has no choice but to select Eriksen against the Championship side tomorrow night.

‘He plays tomorrow,’ Mourinho revealed. ‘After that I have a match on Saturday and maybe he plays Saturday, again I cannot tell you much more than that.

‘We are in our limits, we have very important injuries and every player we have is a player that has to be ready to help the team. We are not in conditions to think anything other than that.’

Eriksen has given a lot to Spurs over the past six-and-a-half-years, but his contract issue has coincided with a distinct dip in form.

Mourinho, who admitted his midfielder was poor against Liverpool, can understand the predicament Eriksen has found himself in.

‘If you ask me if I think this is the best Christian, I have to be honest and say no,’ Mourinho said.

‘If you ask me if I know the reasons, I am not an idiot, I am in football for many years…

‘I am not blaming or criticising the player, I am just saying it is normal a player in this situation doesn’t perform at the highest level.

‘But I can also say that he is helping us in matches.’

Whether or not Eriksen leaves before the end of the month, Spurs are set to sign Benfica midfielder Gedson Fernandes on an 18-month loan.

The 21-year-old was understood to be having a medical at the club today, but Mourinho was in no mood to give anything away.

‘I am waiting for news, but when I say I am waiting, news can come or not,’ he said. ‘I’m more worried about Middlesbrough than the market.’