The five-hour procedure, carried out in a negative pressure operating theatre by medics in protective suits, has been hailed a success and could give hope to other victims.

The 59-year-old patient was diagnosed with Covid-19 on January 26 and underwent treatment. But the disease caused irreparable damage to his lungs and his condition was said to be life-threatening.

Lungs from a donor declared brain dead were taken on a seven-hour train journey to the People’s Hospital of Wuxi, eastern China. Lead surgeon Dr Chen Jingyu said the surgery was highly risky, even though the patient had tested negative for five days consecutively before the operation to ensure it was unlikely that surgeons would be infected. ‘It was a big gamble because we were not sure if there was still any virus left in the patient’s lung, or if it was infectious,’ added Dr Chen. ‘But it was for all patients in critical condition, to give them hope.’

After Saturday’s surgery the lungs are reported to be working well and the patient’s vital signs are good. Dr Chen said: ‘The next step is to closely observe, perform anti-rejection and anti-infection treatment, and summarise the experience for such advanced infection cases.’ 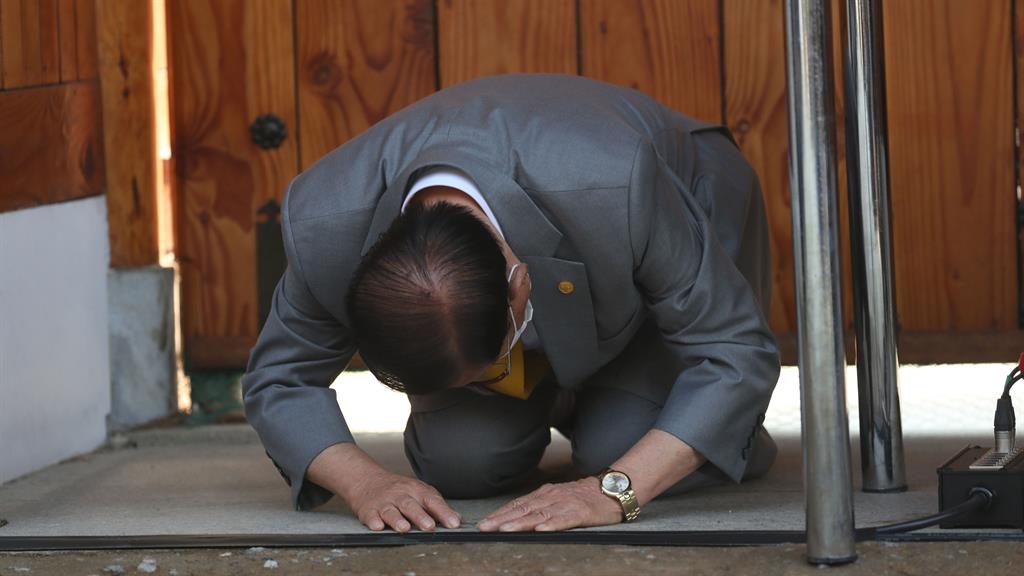 ■ THE head of the religious sect blamed for the spread of coronavirus in South Korea has apologised.

Lee Man-hee, leader of the Shincheonji Church of Jesus, fell to his knees and bowed as he asked for forgiveness at a news conference.

The 88-year-old (pictured above) said: ‘Although it was not intentional, many people have been infected. We put our utmost efforts, but were unable to prevent it all.’

He is being investigated for gross negligence.