CHINA has allowed meat markets of the kind blamed for the coronavirus crisis to open up again — with bats and scorpions on sale along with frightened dogs and cats.

The country has begun lifting the restrictions on gatherings that have helped it reduce the Covid-19 infection rate there to near-zero after more than 3,000 deaths.

And thousands of shoppers marked the return to normality by flocking to a market in south-western city Guilin. 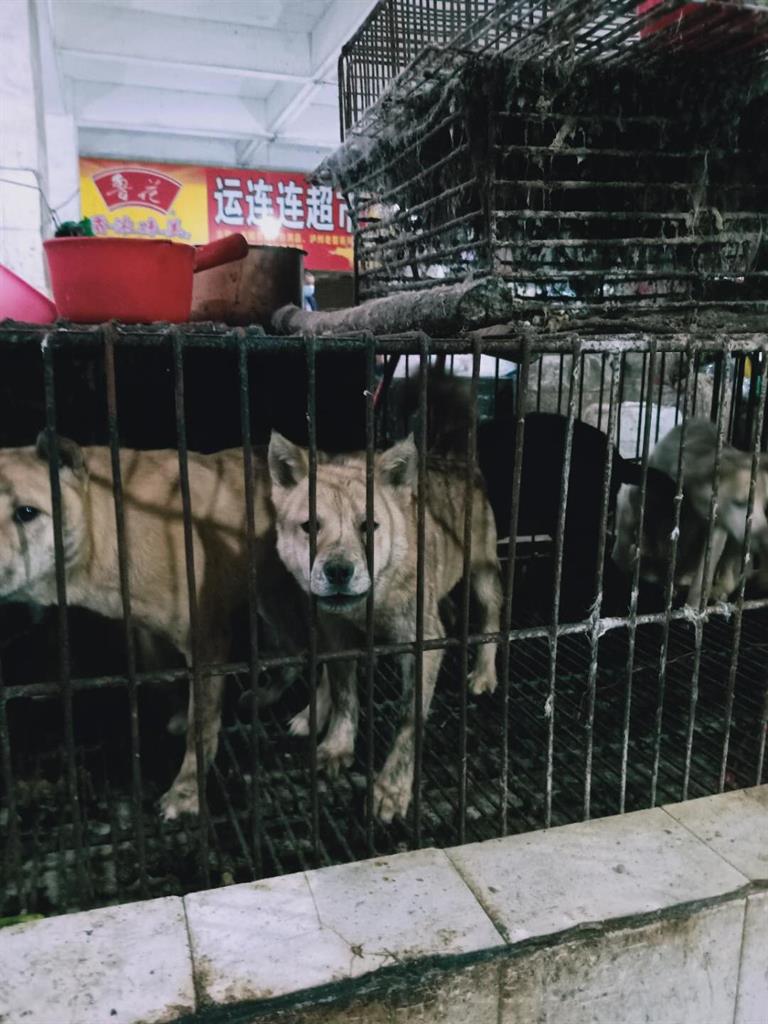 Wild animals were on sale there as traditional medicine, an investigation by The Mail On Sunday revealed.

Rabbits and ducks were being slaughtered on a dirty stone floor while dogs and cats waited in cages to be sold as food.

In another meat market in the southern city of Dongguan, a medicine seller returned to business with a billboard advertising bats.

Covid-19 is believed to have transferred to humans from bats and the first cases involved people who had been at a market in Wuhan.

Cabinet minister Michael Gove criticised China when he was asked on the BBC’s Andrew Marr Show yesterday why Britain had failed to put mass testing for Covid-19 in place.

He acknowledged that the pandemic began months ago but said the communist country had not been ‘clear about the scale, the nature, the infectiousness’.