A ‘PUBLICITY shy’ chemicals entrepreneur is now Britain’s richest person after seeing his fortune grow £15.3billion in a year, while those of retail boss Sir Philip Green and TV chef Jamie Oliver plummeted.

Ineos boss Jim Ratcliffe, 65, jumped from 18th place last year to top the Sunday Times Rich List with £21.05billion. He emerged in pole position after additional details led to a ‘substantial revaluation’ of his assets.

Knocked down to second place were the Hinduja brothers Sri and Gopi, who own car maker Ashok Leyland and IndusInd Bank. Their fortune has jumped by £4.44billion to £20.64billion. 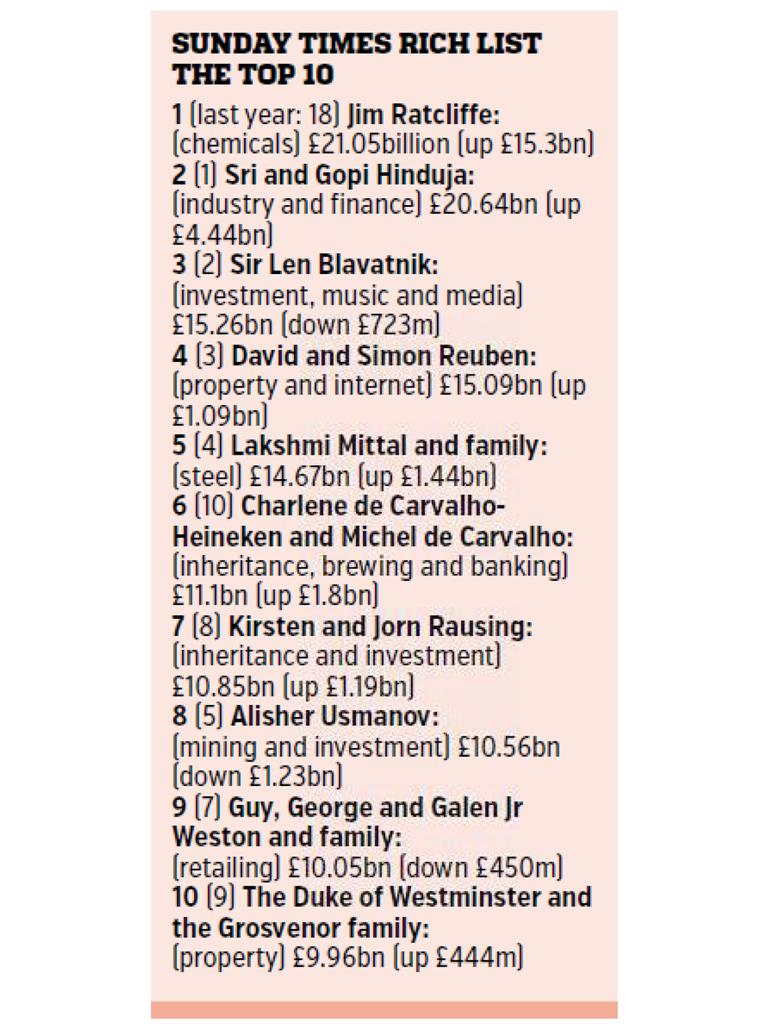 Sir Philip Green’s fortune took a tumble after the collapse of BHS, which he sold for £1. Falling sales at Topshop and Miss Selfridge — along with his pledge to give £363million to BHS’s £571million pensions shortfall — saw his wealth drop by £787million to £2billion.

Jamie Oliver dropped off the list completely after a rocky year for his restaurants, which have debts of more than £70million.

Aristocrat Hugh Grosvenor, 27, is still the UK’s youngest billionaire after inheriting his fortune and title — the 7th duke of Westminster — following his father’s death in 2016. His wealth grew by £444million to £9.96billion.

Robert Watts, who compiled the list, said: ‘Aristocrats and inherited wealth have been elbowed out by an army of self-made entrepreneurs. ‘Today’s super rich include people who have set up businesses selling chocolate, sushi, pet food and eggs.’