MERCIFULLY, the title race is not yet decided on Twitter. Which is just as well, because if perceived success in the transfer market and the resultant reaction on social media dictated where the silverware went this season then Chelsea would emerge from the tunnel for their opening game on Monday night with opponents Brighton already formed up in a guard of honour.

While Manchesters City and United have both made major signings and the likes of Leicester, Tottenham and Wolves have also dipped into their wallets, no other Premier League club has bought the same quality or quantity as Chelsea this summer.

Around £50million has been spent on Timo Werner, Kai Havertz cost £70m, £45m for Ben Chilwell and the free but no doubt highly paid Thiago Silva have all arrived at Stamford Bridge, to join Hakim Ziyech, whose own £36m switch from Ajax was agreed back in February.

Manchester United have spent £40m on Donny van de Beek, City paid the same for Nathan Ake plus £20m on Ferran Torres, while Wolves invested £35m in teenage sensation Fabio Silva. But no club in the top flight has invested anywhere near as heavily as Chelsea in a close season that was delayed, truncated and affected by the financial implications of the coronavirus pandemic.

With a new season about to begin in the manner that the last one finished — behind closed doors with clubs denied valuable gate receipts and hospitality revenue — many, including even champions Liverpool, are relying on their existing squads.

In any year, signing Werner, Havertz, Chilwell (pictured), Thiago and Ziyech would make a splash, but in this Covid-dominated landscape their impact on the outcome of the Premier League could be even greater.

So, suggestions that Abramovich’s love affair with Chelsea is over appear to be wide of the mark. But with the renewed investment surely comes increased expectation. It is fair to assume the Stamford Bridge sugar daddy expects more than last season’s fourth-place finish, FA Cup final defeat and Champions League thrashing at the hands of Bayern Munich. Which means the spotlight is on Chelsea’s manager, Frank Lampard, as much as his expensive new toys.

Lampard is a verified club legend — Chelsea’s all-time leading scorer no less — and his appointment in the summer of 2019, after just one year’s managerial experience in the Championship with Derby, was a philosophical departure from a club previously so wedded to the idea of a superstar manager.

But while Lampard (pictured top) may not have the managerial CV of Jose Mourinho, Carlo Ancelotti, Luiz Felipe Scolari, Guus Hiddink or Antonio Conte, you would expect him to suffer the same fate as those greats if he fails to mould superstar signings into a trophy-winning team.

It is a prospect not lost on the 42-year-old, who admitted this week his job this season is about managing Abramovich as well as the players at his disposal. 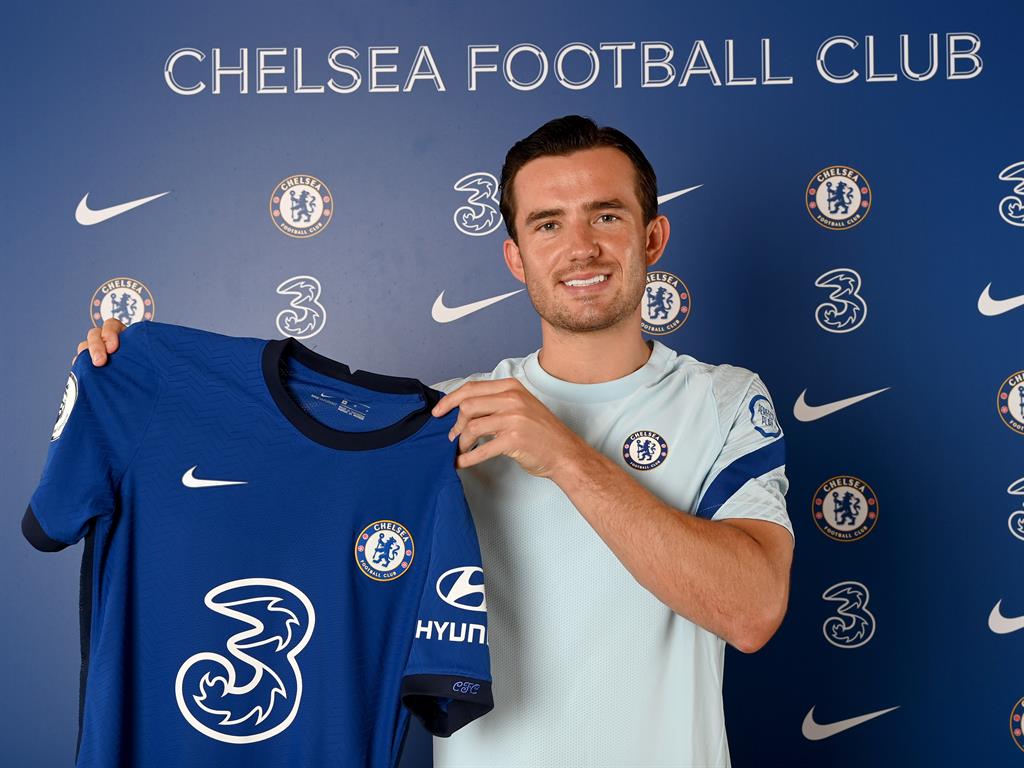 ‘I’m very aware that a club like Chelsea, even though we had a transfer ban, even though the year was difficult, expectations are going to go up hugely,’ Lampard told The High Performance Podcast.

‘And I just have to accept that as part of the job, and try and go about my job as well as I can.

‘And then if I am having relationships, between managing up (to Abramovich and the board) or managing around me, I have to be as good as I can with those, because they’re really important.

‘Because the tough times will come, and I’ll rely on those, all of those little ones.

‘Because I’ve seen how the dominoes can fall very quickly. And I think if you isolate yourself as a manager, or you don’t want to open yourself up to all of those relationships along the way, I think they fall much quicker.’

Ultimately, though, Lampard’s fate will be decided on the pitch.

Chelsea have invested more than anyone else in world-class players so far during the current window and if they don’t believe Lampard is the right man to manage them, then no amount of club records or interpersonal relationships will save him.

Elsewhere among the elite, efforts to close the gap to Liverpool have largely been piecemeal.

City have lost Leroy Sane but signed Torres and Ake — the latter to plug a gap which had been there since last summer.

In Pierre-Emile Hojbjerg, Matt Doherty and Joe Hart, Tottenham have opted for proven Premier League quality without significantly raising the ceiling of their potential.

Arsenal have pinched Willian from Chelsea and signed another centre-half who may or may not be the answer to a long-standing problem.

Everton have spent ambitiously — on Allan, James Rodriguez and Abdoulaye Doucoure — but finding money to spend has not been an issue at Goodison Park recently, spending it wisely has been — and their ambitions are surely limited to a crack at the top six.

Across Stanley Park, the chequebook has only been out once, with Kostas Tsimikas arriving from Olympiakos to provide competition at left-back.

Reds boss Klopp has pointed out he has a big squad, bolstered by the emergence of a number of promising youngsters like Curtis Jones and Neco Williams, but has not ruled out further signings with the transfer window remaining open until October 5.

The German, though, has pointed out the continued uncertainty, both financial and otherwise, in football and wider society has to be taken into account when entering the transfer market.

The problem for Liverpool is Chelsea have brought him in, and him, and him.

While improving a title-winning squad via the transfer market is not always possible, Klopp must hope Liverpool are not left counting a different kind of cost when the next chapter of the Premier League is over.