Forces nationwide got tough on unnecessary journeys as the UK’s Covid-19 death toll leapt by 115 to 578.

Derbyshire officers shared drone footage of people strolling in the Peak District — with a warning that daily exercise should not involve long trips. 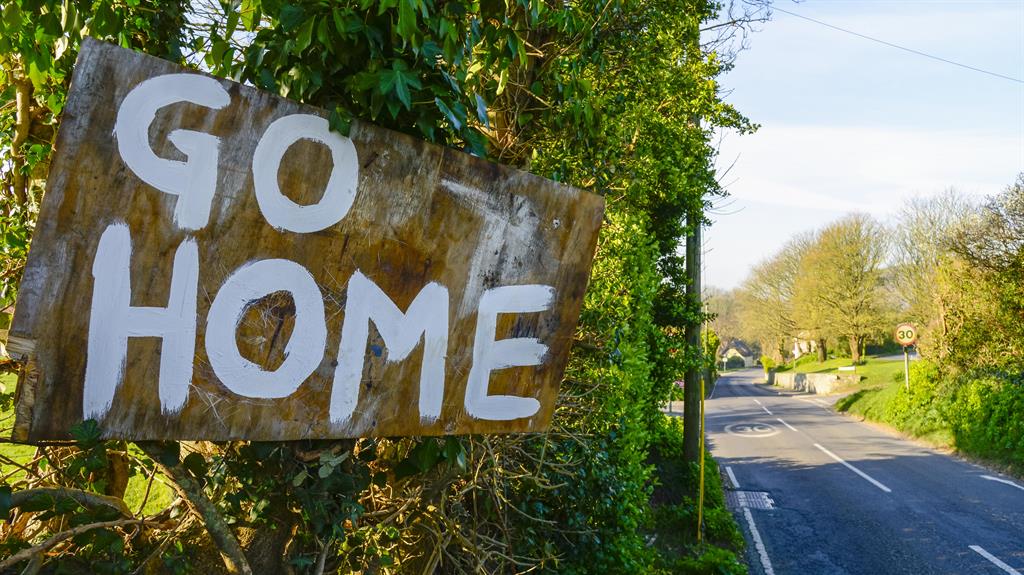 Checkpoints were set up in northern England, the West Country, Scotland and Wales. And home secretary Priti Patel handed police powers to issue fines of £60 — potentially rising to £960 — for gathering in groups.

Meanwhile, chancellor Rishi Sunak offered a carrot to go with the stick, vowing to cover 80 per cent of profits for many self-employed people stopped from working by the lockdown. The rise in deaths was the highest daily increase since the outbreak began.

There has been a switch to measuring deaths from 5pm to 5pm, and the figure of just 43 announced on Wednesday was a blip linked to the transition.

The number of confirmed cases went up from 9,529 on Wednesday to 11,658 last night. And there is concern about the restrictions put in place to control the spread of infection being ignored.

Outdoor travel has been limited to essential work, a brief spell of exercise and shopping for essentials.

But Derbyshire Police said it had checked the number plates of cars in the Peaks and found many had come from 15 miles away in Sheffield.

They said some visitors had tampered with a bag of stones in use as a road block. Drone footage put on social media was captioned: ‘Heading to the Peaks to watch the sunset — not essential.’ 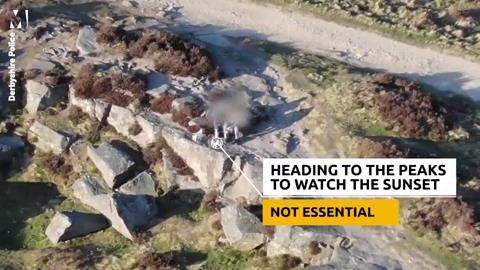 Among the forces introducing checkpoints was North Yorkshire Police, which warned drivers to expect to be stopped anywhere without warning.

Asst Ch Con Mike Walker said: ‘The message is clear and the warning stark — stay at home, save lives.’

Devon and Cornwall Police were setting up roadblocks and questioning drivers in Plymouth and holiday spots Penzance, Newquay and St Ives. And home-made signs have appeared beside roads across the country, urging drivers to keep out of popular scenic areas and to stay home instead.

Under the new powers announced by Ms Patel, people making non-essential journeys or gathering together could be fined £60 on the spot.

The fixed penalty will double for every repeat offence, potentially rising to £960. And failure to pay or give a name and address could lead to prosecution.

Ms Patel urged the public: ‘The prime minister has been clear on what we need to do: stay at home to protect our NHS and save lives.’

‘Arbitrary policing will not help the country to fight this pandemic.’

In a separate development, the Crown Prosecution Service announced people deliberately coughing in the faces of emergency services and essential workers could face up to two years in prison.

New instructions to treat the behaviour as common assault was approved yesterday by the director of public prosecutions, Max Hill.

He said he had been ‘appalled’ by a spate of such behaviour towards paramedics, shop workers and others across the country. In one of the latest incidents, a group of five teenagers in Hull spat in the face of RSPCA officer Leanne Honess-Heather as she was trying to save a trapped swan, telling her: ‘Have corona, bitch.’