■ The celebrity hairdresser recalls parties and some understanding neighbours…

HAIRDRESSING legend Charles Worthington originally trained to be an architect 30 years ago, before deciding to join a London salon where he swept floors. Quickly, he learned the skills required to become an award-winning stylist. With celebrity clients including Jerry Hall and Sharon Stone, Charles has opened three successful London salons, with his Percy Street flagship recently celebrating its 20th anniversary.

Where did you buy your first place?

I was 23 and we [with partner Allan] found a Victorian terraced cottage called Rose Cottage in Norbiton at the bottom of Kingston Hill and very close to Richmond Park, so ideal for long walks with our American cocker spaniel, Sammy. It had already been renovated with walls knocked through inside, so had a spacious living area leading onto a tiny private courtyard, and beyond was a small garden.

Where were you in your career?

It was early on, in the 1980s, and before we had opened our first CW salon. It was an exciting step to own your first property and felt very grown up. It was also at a time when property prices were rising at a fast rate so it was equally exciting to see we had made a sound investment. This also gave us the financial confidence when we eventually decided to open our first CW salon in Charlotte Place in Fitzrovia.

It was a very charming, three-bed Victorian cottage and it was full of atmosphere. The main living room, which would originally have been two rooms, had been opened up from front to back so it had two working fireplaces, adding to the cosy atmosphere. The wooden staircase led up to a large, open landing that previously had been a bedroom so the space made a perfect dining room.

Did you have any celeb parties?

We had many parties with fun friends and family and, luckily, we had very understanding neighbours. It’s amazing how a bottle of champagne and a thoughtful note does the trick.

Do you take risks with buying?

When I’m looking for a property, I am uncompromising. I have to be sure to tick all the boxes on my wishlist. I have to feel confident every element works, whether it is the location, the property itself, the approach to the property, or the layout. I am lucky to be able to easily visualise how any changes could look. It takes out the risk factor. If I am reassured that it ticks all my wishlist boxes, it will make the resale easier. Buying property is like a business. Buy well and don’t be ruled by your heart, because in time you can end up with an asset worth a lot more than you paid for it.

When did you sell the first property?

We lived there for five years, in which time it had more than doubled in value. We wanted to live closer to town as we had opened our first salon, so wanted less time travelling and more time concentrating on building the business. We moved to a large, airy garden apartment in Parsons Green.

Where do you live these days?

I live between my homes in London and Kent. Both have their own unique style. I feel it’s important to design homes according to their surroundings.

Has your style evolved?

My home style changes constantly. It started off with a passion for antiques and slowly moved away from that look to cleaner lines and a more contemporary feel. I would describe my style as classic with a twist. I prefer simplicity — so nothing too over-designed or extreme. I like to reevaluate a space and change the look after a period of time to always keep things fresh and inspired. 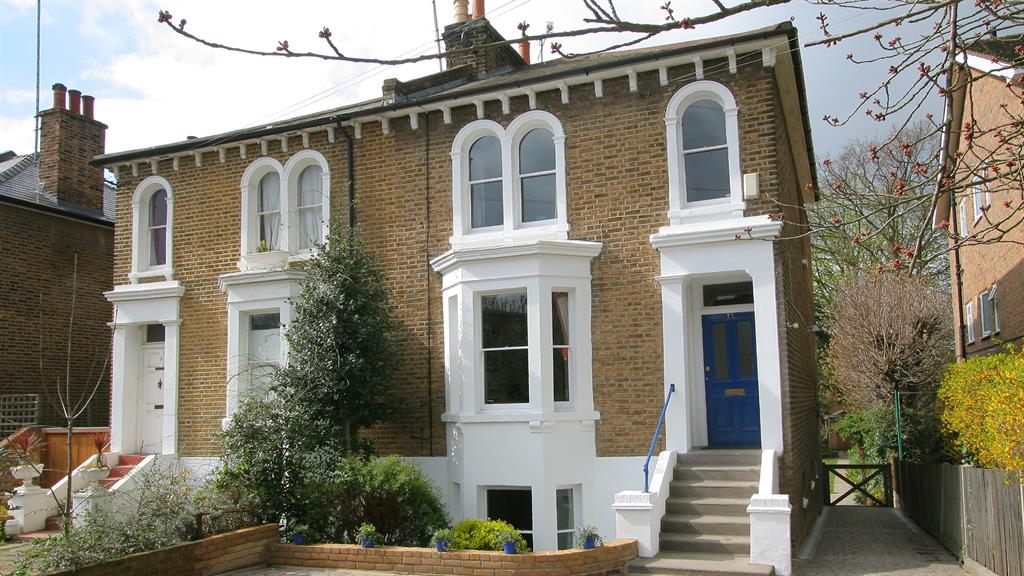 Norbiton is usefully one mile from the hubbub of Kingston upon Thames, which means that, while it is quieter, you have easy access to both excellent transport links and some of the best shopping outside central London. The housing stock is a mixture of Edwardian, Victorian, and 1920s houses, and a lot of it has been smartly redeveloped and refurbished. This means Norbiton is not as cheap as its humdrum name might suggest — prices have gone up considerably in recent years. The majority of sales in Norbiton during the last year were semi-detached properties, selling for an average price of £606,250. Flats sold for an average of £332,337, with terraced properties fetching £497,711. Norbiton has an overall average price of £508,719, rightmove.co.uk