BILLIONAIRE Sir Frederick Barclay has released a video allegedly showing one of his nephews planting an electronic bug in The Ritz hotel.

The 85-year-old businessman is locked in a High Court battle with three sons of his twin brother David (pictured below left with Sir Frederick) over 94 hours of secret recordings his lawyers call ‘commercial espionage on a vast scale’.

The video footage appears to show Sir Frederick’s nephew Alistair handling a listening device in the conservatory of the famous London hotel on January 13 this year. It was said to have captured more than 1,000 conversations. 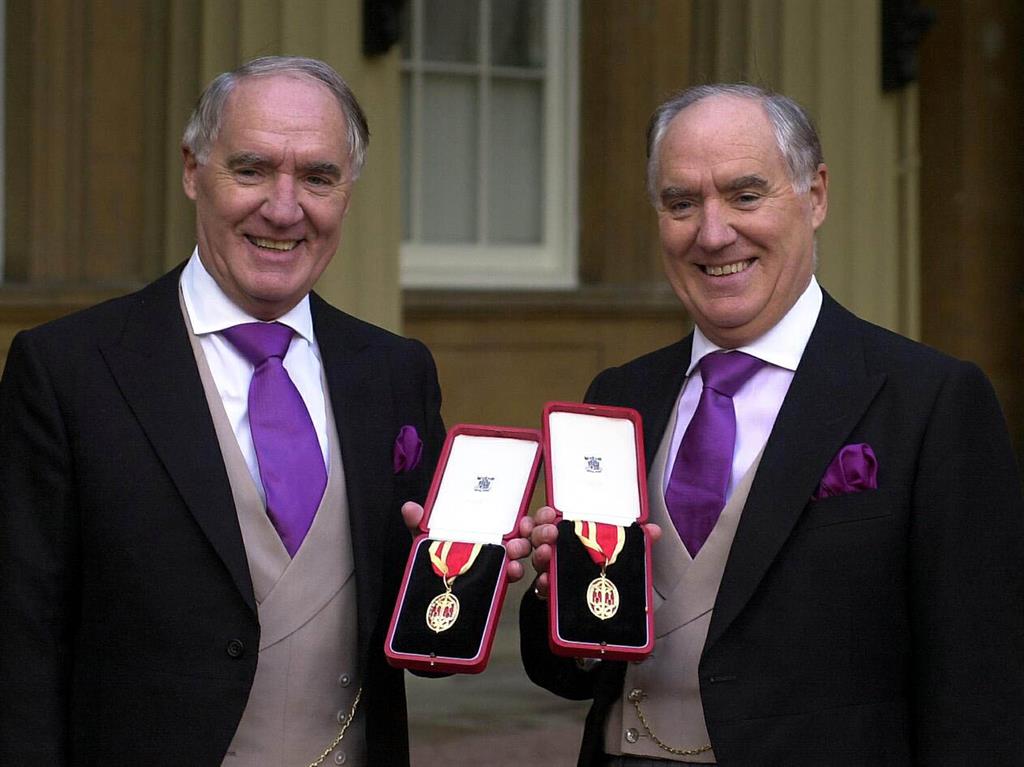 Sir Frederick, who has called it a ‘deliberate and premeditated invasion’ of his privacy, said: ‘I do not want anyone else to go through the awful experience of having their personal and private conversations listened to by scores of strangers.’

Calling for new laws, he said he released the video ‘as a graphic demonstration of how easy it is to spy on people in public places’.

Sir Frederick and his daughter Amanda are suing Alistair, Aidan and Howard Barclay, Aidan’s son Andrew and Philip Peters — a director of a number of family companies — over the alleged ‘elaborate system of covert recording’.
Their lawyers have claimed The Ritz was sold for ‘half the market price’ in March after conversations between Sir Frederick and a Saudi investor, who was offering £1.3billion, were recorded.

The court heard Sir Frederick, who had ‘placed great trust’ in Aidan and Howard Barclay to run the Barclays business empire, was ‘now left to contemplate his nephews’ betrayal’.

A formal defence has not yet been filed and a trial is due at a later date.