BRITAIN has joined the US and Canada in recognising Venezuela’s opposition leader as its legitimate president.

‘It is clear that Nicolás Maduro is not the legitimate leader of Venezuela,’ said Jeremy Hunt. ‘This regime has done untold damage to the people of Venezuela — ten per cent of the population have left, such is the misery they are suffering.

‘So the United Kingdom believes Juan Guaidó is the right person to take Venezuela forward. We are supporting the US, Canada, Brazil and Argentina to make that happen.’

The foreign secretary’s comments came as unrest continued across Venezuela yesterday, with at least 12 people killed in clashes between the military and protesters.

Mr Guaidó, leader of the National Assembly, declared himself interim president on Wednesday in front of thousands of supporters in the capital Caracas. He was immediately recognised by Donald Trump.

Mr Maduro (below) responded by breaking off ties with the US and giving its diplomats 72 hours to quit the country. 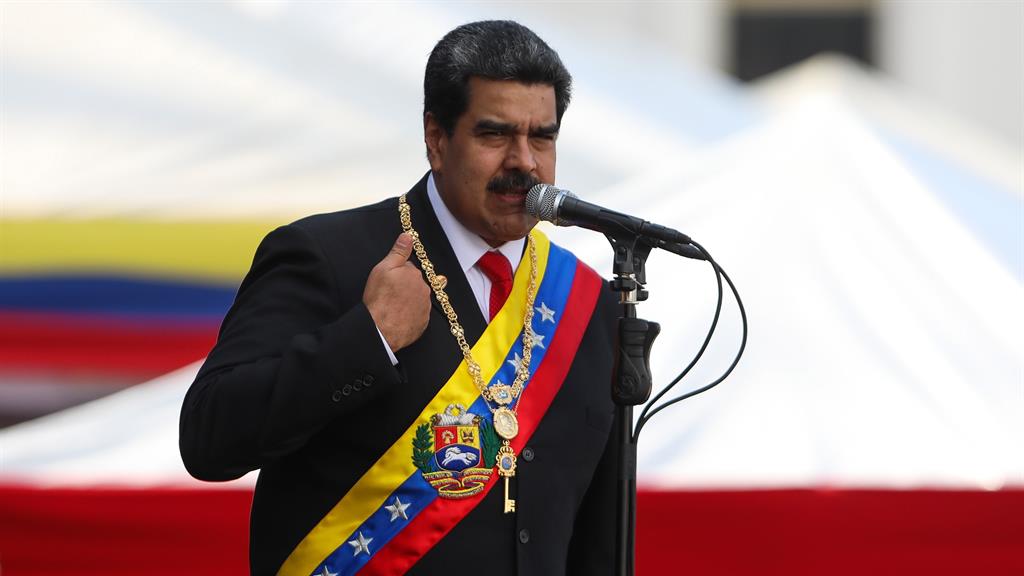 Mr Trump has vowed to use the ‘full weight’ of US economic and diplomatic power against socialist Mr Maduro’s regime, which is in turmoil with severe shortages of food and medicine and hyper-inflation. The US state department said it would not remove its diplomats.

Mr Maduro rallied red-shirted supporters gathering at the presidential palace, telling them: ‘Don’t trust the gringos — they don’t have friends or loyalties.’ He is backed by long-term supporters Russia, China, Turkey, Iran and Cuba.