TWO men were fighting for their lives in hospital last night after being struck by a car during a mass brawl on Brighton seafront.

A third man was also injured when the vehicle was reportedly driven into a crowd of people in Marine Parade early yesterday morning.

Part of the seafront was on lockdown for several hours as forensic officers examined a car and searched the street. Police arrested a 32-year-old man who is being questioned on suspicion of causing grievous bodily harm.

Officers were called to the scene at around 5.20am after a report that there was a large group of people fighting with weapons. 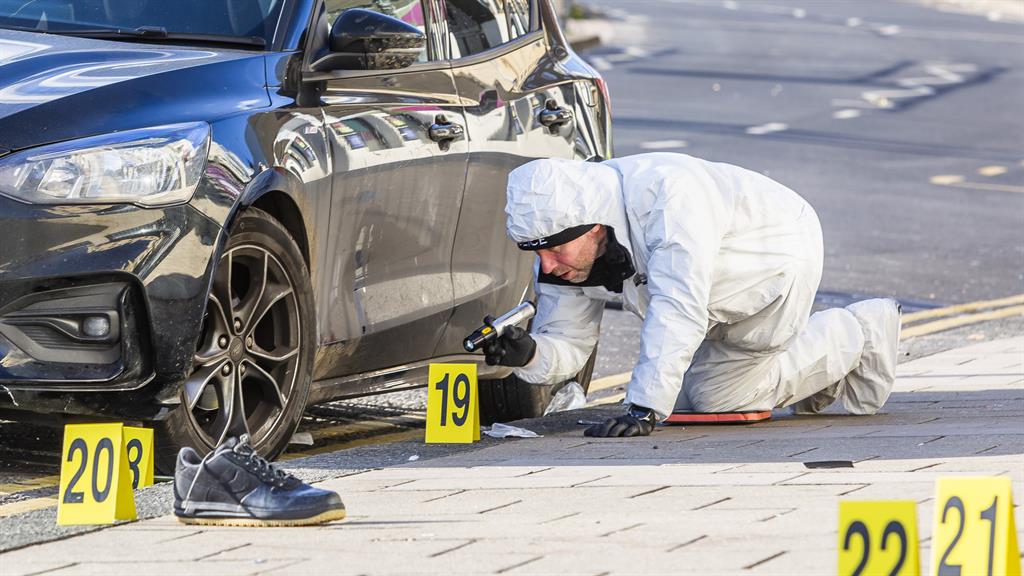 While police were responding to the incident, some of the group are thought to have got into a vehicle which then hit three men reported to have been involved in the fight.

The injured men were taken to the city’s Royal Sussex County Hospital, two with serious head injuries. The vehicle was later found abandoned.

Sussex Police have said the incident was not terror-related and are appealing for information from witnesses.

Det Insp Chris Thompson said: ‘This is a fast-moving investigation and we are appealing for anyone who may have seen the incident or has any information about it to come forward.’

Marine Parade was closed between the Palace Pier roundabout and Camelford Street while scenes of crime officers carried out investigations. Anyone with information is asked to ring 101 and quote Operation Danebridge.

■ FIVE men suspected of fatally stabbing Jack Donoghue, 21, in Solihull on Saturday have been told to ‘do the right thing and hand themselves in’. West Midlands Police said none of the gang was known to their victim, whose family are ‘distraught’.