A BREXIT activist who branded Anna Soubry a ‘traitor’ and is standing against her in the election has been banned from entering the constituency.

Amy Dalla Mura, 56, was found guilty at Westminster magistrates’ court yesterday of harassing Ms Soubry and was warned she could face jail, but will be sentenced after the election so she can contest the Broxtowe seat in Nottinghamshire. She was also banned from contacting Ms Soubry (pictured below). 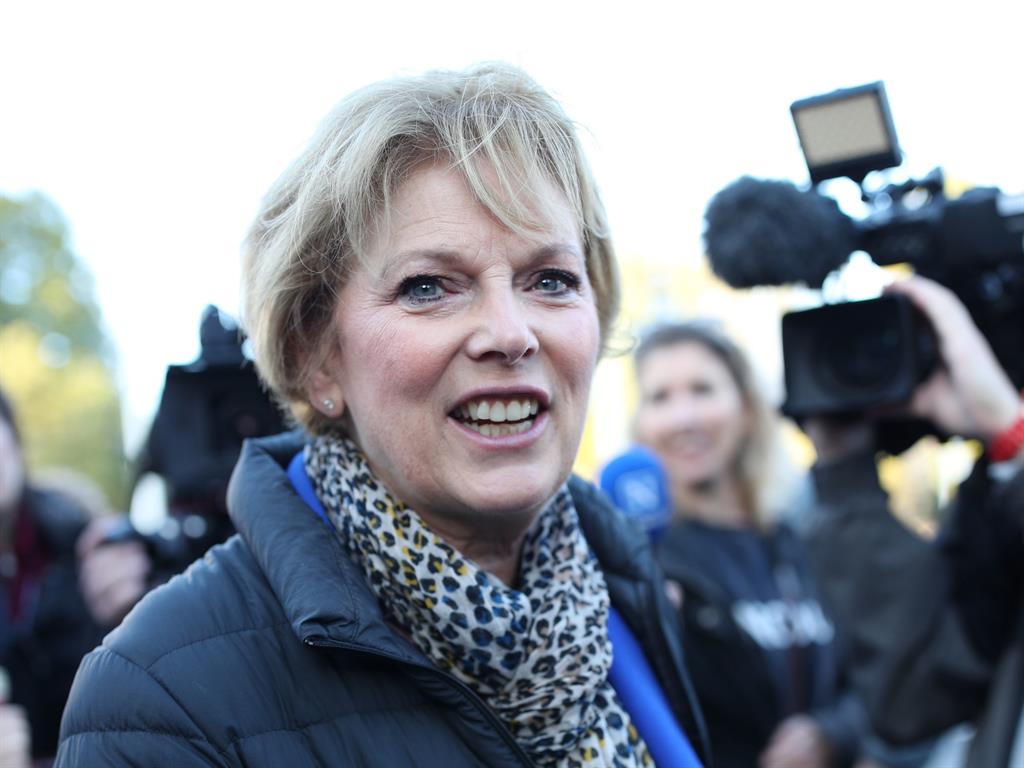 Dalla Mura, who is contesting the seat for the English Democrats, lives 200 miles from it. She targeted the former Tory, 62, between January and March, accusing her of not respecting the referendum result.

Ms Soubry said it left her ‘afraid to be alone in public’.

Magistrate Lady Emma Arbuthnot said Dalla Mura’s behaviour was ‘unacceptable’. She said: ‘I am not sending her to prison today, though I am thinking of that.’

■ MORE than 1,000 youngsters have been wrongly registered to vote in the General Election after a council IT blunder. Some 247 under-18s were mistakenly sent polling cards by Plymouth city council, while 850 students and young adults were incorrectly registered. The council, attacked for making similar errors in May, blamed ‘tagging issues’.

■ A CONSERVATIVE candidate, who claimed British Jews returning from Israel returned ‘brainwashed’, has been suspended from the party. Amjad Bashir, who is standing in Leeds North East, has apologised but will be investigated for comments made while he was a Ukip MEP in 2014, a Tory party spokesman said.