Sarah Thomas, 37, said she felt ‘really tired’ after completing the epic challenge in just over 54 hours. The swimmer, from Colorado, was cheered and handed champagne and chocolates as she swam ashore at Dover, Kent, at 6.30am.

Just a year ago Ms Thomas completed treatment for breast cancer. She dedicated the swim ‘to all the survivors out there’. 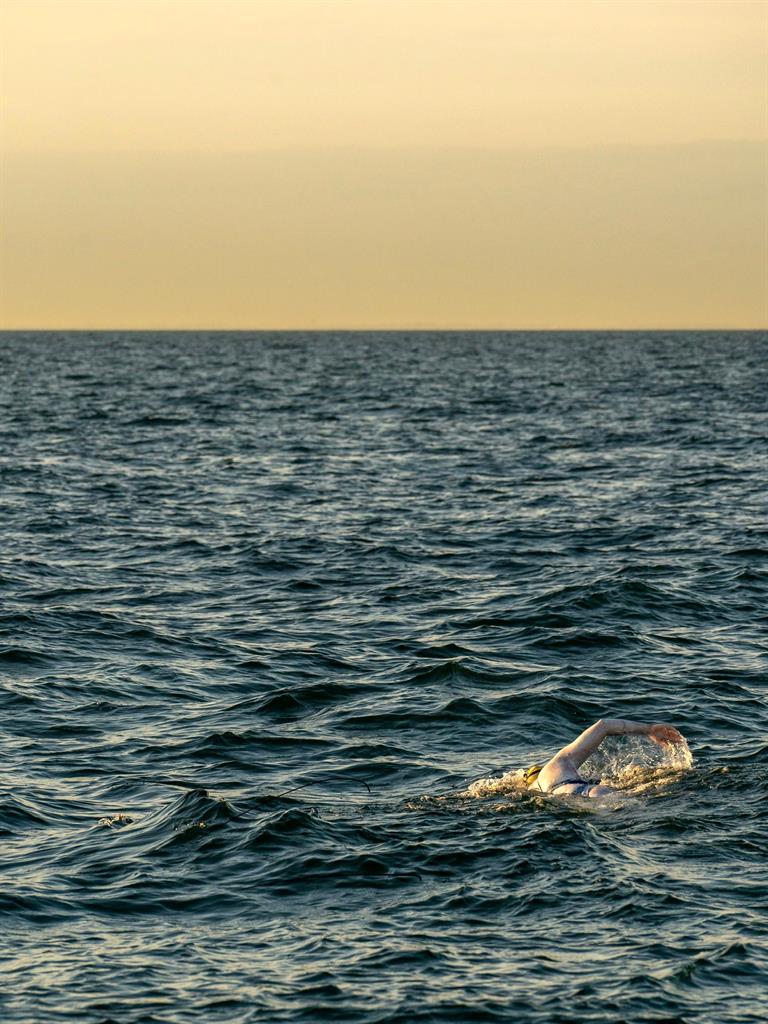 Afterwards, a hoarse-sounding Ms Thomas told BBC Breakfast she felt ‘stunned’ and ‘numb’. Asked what the worst part of the swim was, she said: ‘Probably dealing with the saltwater — it really hurts your throat, your mouth and your tongue.’

Ms Thomas said she was kept fuelled by caffeine-filled drinks as she navigated past ‘a lot of jellyfish’ during her swim. The official distance was 84 miles but she actually swam much further.

She admitted to feeling ‘pretty out of it’ and was hoping to ‘sleep the rest of the day’.