CAMERON DIAZ says she needed to jack in Hollywood to finally find her happily ever after.

The Something About Mary star finally achieved her motherhood dream at the age of 47 last year with the arrival of daughter Raddix. But she says it took turning her back on her movie career to find the life she craved with rockstar hubby Benji Madden.

The Charlie’s Angels star was last on screen six years ago in Annie, but realised she’d have to jack in her 12 hour days on set to find personal happiness.

‘You’re there 12 hours a day for months on end. You have no time for anything else,’ said Diaz, who tried out romances with Justin Timberlake and Jared Leto before finding the one in the 41-year-old Good Charlotte rocker (pictured below). 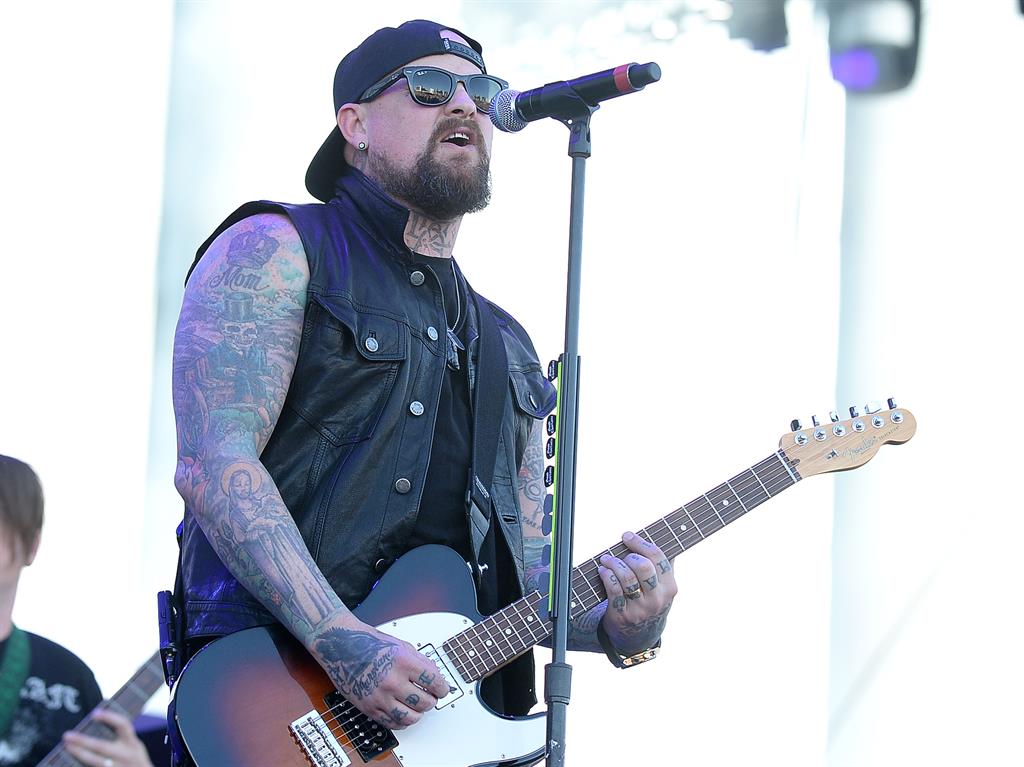 ‘I realised that I’d handed off parts of my life to all these other people… and I had basically to take it back,’ she told fellow Hollywood part-timer Gwyneth Paltrow.

She said waving farewell to her A-list movie career brought her ‘a peace.’

‘A peace in my soul because I was finally taking care of myself. It’s so intense to work at that level and be that public. There’s a lot of energy coming at you at all times when you’re really visible as an actor and doing press and putting yourself out there.’

Diaz admitted, ‘I do get the overwhelming energy of the attention that’s being put toward me. I really looked at my life and I saw that… when you’re making a movie, it’s a perfect excuse, they own you.’

Meanwhile, Diaz has spread the importance of love over fame when match making at Hollywood haunts.

Robbie Williams confirmed it was her who urged him to give his wife Ayda Field another try over a drink with her at Hollywood’s famous Chateau Marmont.

The Angels singer said on his (Staying) at Home with the Williamses podcast: ‘Cameron Diaz said “It doesn’t sound like that one’s over” and in that moment the universe went “go to Ayda, be with her, marry her”.’