IN A world of cookie-cutter pop stars and revered celebrities too frightened to cause offence, the image of Billie Trix snorting copious amounts of cocaine off a tambourine is a sight for sore eyes (or ‘a zeitgeist for sore eyes,’ as she would say).

In this West End transfer of the latest collaboration between Jonathan Harvey and the Pet Shop Boys, which premiered at the Edinburgh Festival in August, Frances Barber (above and below) reprises her role as Billie Trix, a caricatured pop icon who first appeared in Harvey’s and the Pet Shop Boys’ 2001 musical Closer To Heaven, and who prowls the stage settling scores in this one-woman cabaret about her eventful life. 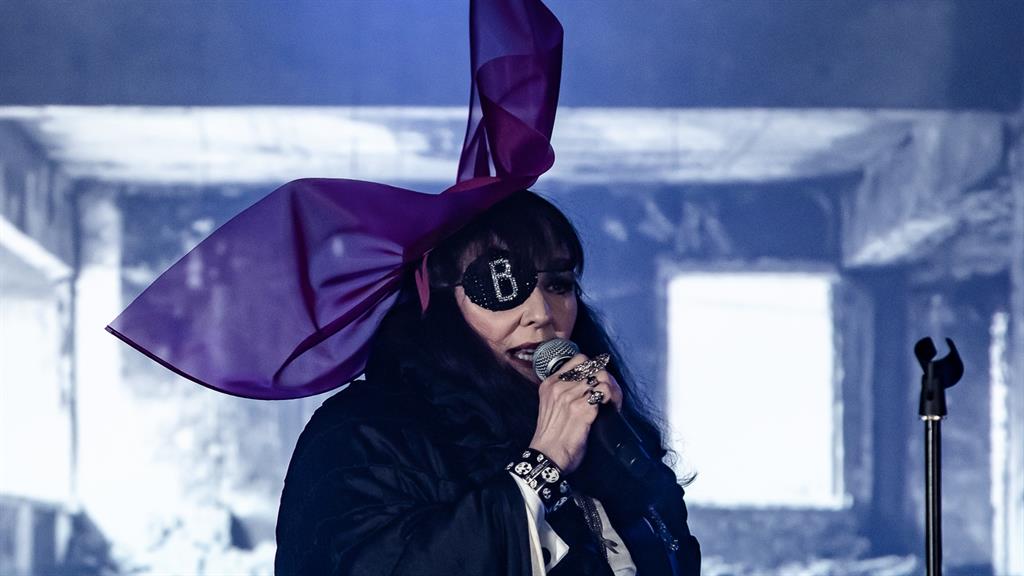 With a Forrest Gump-like habit of being in the right place at the right time, Trix recounts her run-ins with a series of famous names she encountered after emigrating from Cold War-ETA Berlin; we hear how she inspired Andy Warhol with a can of soup (which gives rise to the show’s most ridiculous song), gave Donald Trump the idea for his border wall and recounts the time Tracey Emin p***ed on the phone box she lived in while she was homeless in London as Damien Hirst tried to hold her back.

When it comes to the vacuity of celebrity, it’s all very knowing — at times overly so — but there’s a frenetic, camp energy about the show, which means it never begins to feel stale and just when the joke is about to fall flat there’s a new song to perk things up. Neil Tennant and Chris Lowe of the Pet Shop Boys penned all six of the show’s songs and while none of them is an instant classic — save perhaps the disco-inspired Ich Bin Musik — they all suit Barber’s croaky delivery perfectly.

Running at a taut hour, this is a show destined to fall into cult classic status and cements Frances Barber as one of theatre’s most versatile performers. See it while you can.