SHOPPERS have left hundreds of millions of pounds in uncollected products at click-and-collect sites over the past year, a report has found.

More than seven in ten people now use the service when making online purchases, according to Barclaycard.

But many said more needs to be done to improve the process of collecting ordered goods.

Research showed 15 per cent of us are buying goods but not collecting them — leaving £228million of items behind.

Of those who failed to pick up an item, a third said collecting was a ‘hassle’ and it was easier to wait for a refund before re-ordering for home delivery.

Around 25 per cent of shoppers blamed long wait times, a similar number said collection points are poorly staffed and 17 per cent ‘struggled to find the right desk’.

Kirsty Morris, director at Barclaycard Payment Solutions, described click-and-collect as a ‘win-win’ for both retailers and consumers. ‘Enhancing the experience is a potentially lucrative way for retailers to ward off the unprecedented challenges of the high street and bridge the gap between online and in-store shopping,’ she said.

Sports retailer Decathlon said it is testing a new way for collecting goods by creating a microclimate in its Surrey Quays store in south-east London with Barclaycard, allowing shoppers to try out hiking gear in conditions similar to a windy mountainside. Head of operations Christian Baggaley said the firm is ‘constantly looking at ways to make the shopping experience better’.

Shoppers now use click and collect twice a month and almost two in five adults said they would visit shops more often if the process was improved. Around 89 per cent of retailers said footfall has increased since offering the service, but there is agreement more needs to be done, and companies should be creative.

A HORSEBOX has beaten plush restaurants to be named the top place to eat in a seaside town.

Instead of munching on fodder, customers at Cŵlbox can tuck in to delicacies such as lobster, cockles and whitebait.

It is the brainchild of Jody Bell and Rhiannon Morgan-Bell, who sold their house in Cardiff to follow their dream of converting the humble trailer into a beach cafe in Saundersfoot, south Wales. 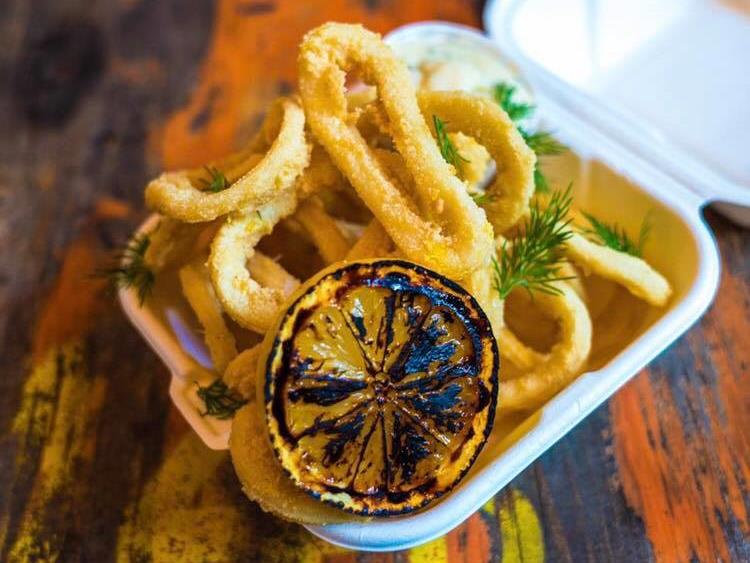 And they have been rewarded after the venue galloped past the competition to boast the best TripAdvisor customer ratings of any eatery in town. Ms Bell, 42, said: ‘We’re delighted. We feel so lucky to have had so much support from both locals and holidaymakers. It makes the long hours we’ve put in worth it.’

The Suffolk-based brewer, which has 2,700 pubs, hotels and restaurants, will be bought by CKA Group through its new Cayman Islands subsidiary CK Bidco. The sale price is 51 per cent more than the value of Greene King’s shares.

George Magnus, who will be non-executive chairman of CK Bidco, said CKA saw the brewer as a good buy because it expected pubs to remain ‘an important part of British culture’.

■ A RAILCARD giving teenagers half-price fares goes on sale today. The £30 16-17 Saver will save an average £186 a year on peak, off-peak and season tickets. It is valid for a year or until the holder is 18.

■ SAINSBURY’S has denied reports it is in talks with three internal candidates to replace its CEO Mike Coupe. The supermarket boss, 58, has been at the helm since 2014 and led the failed bid to merge with Asda.

■ SAFESTORE will enter the Dutch market after a joint venture to acquire M3 Self Storage. The self storage firm has also bought the Ready Steady Store brand’s UK freehold, which is located near Heathrow Airport.

■ THE number of leased pubs, where most of the profits come from drinks, has fallen by a quarter in five years. Landlords of brewery-owned venues tend to rely on food sales, found analysts CGA and AlixPartners.

■ NEW video game releases FIFA20 and Call Of Duty: Modern Warfare will be showcased at Gamescom in Cologne, Germany, today. Other games unveiled to 300,000 visitors will be Gears 5 and Halo Infinite.