TESCO has defended a £900million payout to investors despite securing a £585million government tax break.

Politicians and analysts branded the supermarket giant’s dividend payment ‘aggressive’ at a time when other major firms have suspended them in the face of the coronavirus outbreak.

But chief executive Dave Lewis said the shareholder bonus is ‘reflective of last year’s performance and the strength of the business’ and ordinary people with shares stand to benefit.

‘We looked at whether the business needs more liquidity even in the most stressed scenario and it was decided we do not,’ he said.

Investors will receive 9.15p per share in the retailer’s first shareholder dividend in five years. It has said it would receive £585million worth of relief as part of the business rates holiday for the current financial year announced as part of measures to support companies impacted by coronavirus.

Rushanara Ali, Labour MP for Bethnal Green and Bow, said: ‘It’s an absolute scandal the government is providing this tax break to Tesco while millions of self-employed and freelance workers, even those who qualify, cannot get any money until June.’ Joe Healey, an analyst at The Share Centre, described it as ‘a somewhat aggressive move by a company who has openly announced a significant uptick in costs associated with the pandemic, defying similar companies such as Morrisons which has deferred dividends’.

Tesco predicts operating costs will rise by £650million to £925million due to the virus, but has also seen sales jump by 30 per cent in recent weeks.

■ SAINSBURY’S has lifted buying restrictions on thousands of products to help customers shop for vulnerable people unable to leave their homes. The supermarket is also offering an additional 150,000 elderly and vulnerable shoppers a priority delivery slot. Restrictions will remain in place for items such as pasta and long-life milk, which are limited to two per customer. 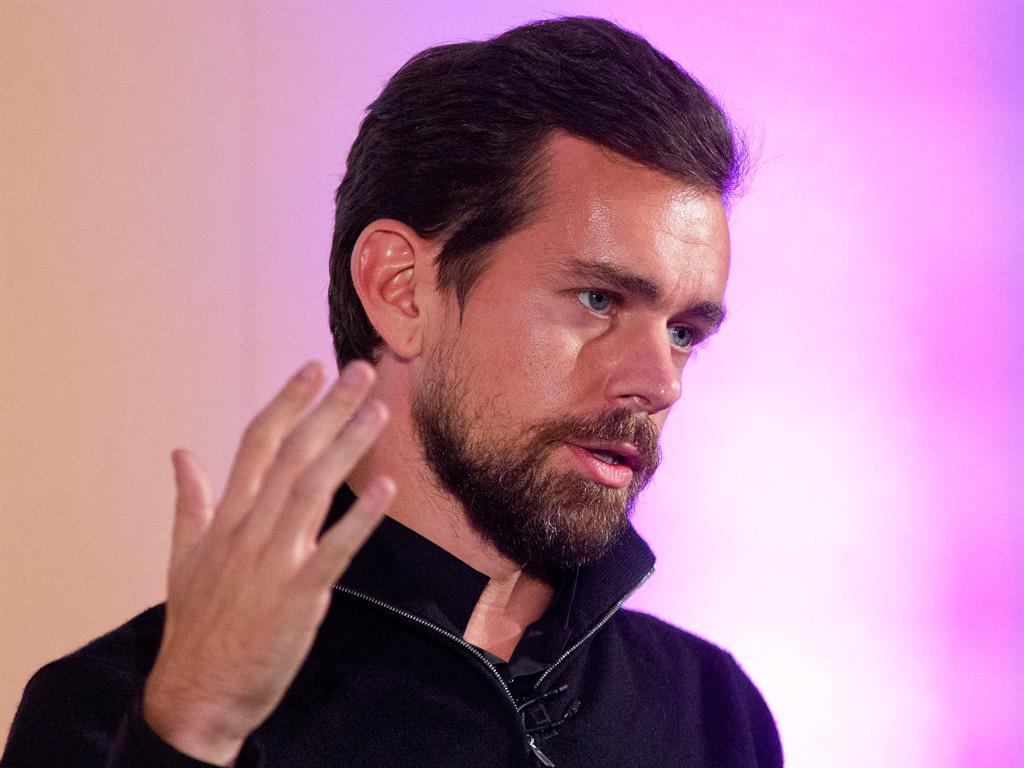 The social media boss will raise the cash by gradually selling shares in his financial services company Square.

Revealing the new venture Start Small in a series of tweets, he did not say how he intended to use the money in the fight against Covid-19.

But he said all the organisation’s spending would be disclosed on a public Google Doc spreadsheet. He added that ‘once we have disarmed this pandemic’, Start Small’s focus would switch to girls’ health and education.

It will also fund research into the potential benefits of universal basic income — governments giving money to every citizen.

Dorsey’s company Square offers services such as enabling small traders to use a mobile phone as a card machine to take payments.

The 43-year-old (above) said the $1billion (£790million) of shares he is selling represented 28 per cent of his fortune.

THREE of the UK’s biggest insurance companies have said they will scrap planned dividends this year due to the pandemic. Aviva, Direct Line and RSA Group have all said they will not be paying out to shareholders, following advice from regulators calling for insurers to preserve their cash because of the uncertainty. But rival Legal & General said it would continue paying its dividend, despite the request. Banks have already been ordered to ban dividends and bonuses.

TUI has suspended its beach holidays for the next five weeks. The travel firm cancelled all trips until May 15, while its Marella Cruises sailings were axed until at least June. ‘We will start taking people on holiday again as soon as we are able to do so,’ said a spokeswoman, adding those with cancelled bookings ‘will be able to amend their holiday to any other Tui package on sale’. The firm did not say that customers would be entitled to a refund. Under EU law, travel companies must offer refunds within 14 days.