TESCO has announced 16,000 new permanent jobs thanks to ‘exceptional growth’ in its online business.

It comes after the supermarket chain revealed the number of home delivery customers has more than doubled to 1.5million since the start of March.

The recruitment drive will include jobs for 10,000 pickers, who select items for orders, and 3,000 drivers.

The company will also hire staff for a variety of other roles across its stores and distribution centres in the coming weeks and months.

The new jobs are in addition to around 4,000 permanent positions that have been created since the start of the pandemic, Tesco said.

It expects most to be filled by staff who joined the company on a temporary basis in recent months. Around 47,000 were hired by Tesco as the virus crisis reached a peak, although it is understood most of these jobs have since ended. The firm said the new roles will be offered first to temporary staff still with the business. Remaining vacancies will be filled externally.

Chief executive Jason Tarry said: ‘Since the start of the pandemic, our colleagues have helped us to more than double our online capacity, safely serving nearly 1.5million customers every week and prioritising vulnerable customers.

‘These new roles will help us continue to meet online demand for the long term.’

■ ALDI has been rated the cheapest supermarket, with a basket of everyday staples costing £40.85, £5.07 cheaper than at runner-up Asda. The discounter was included as a ‘guest’ by trade magazine The Grocer in its weekly comparison of prices at Tesco, Asda, Sainsbury’s, Waitrose and Morrisons. Waitrose came out most expensive at £59.71.

Ashley to save ‘some jobs’ at collapsed DW Sports

MIKE ASHLEY’S Frasers Group has promised to save ‘a number of jobs’ after buying parts of DW Sports for £37million. The company behind Sports Direct and House of Fraser has snapped up assets from its former rival’s gym and fitness club portfolio, along with some of its stock. About 1,700 jobs were put at risk when DW went into administration at the start of the month. 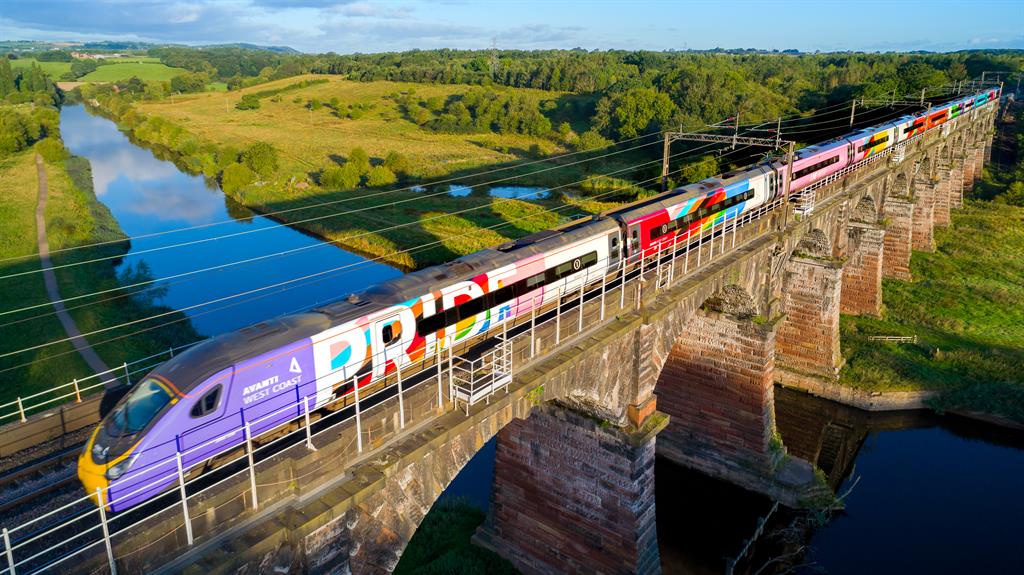 BRITAIN’S first train fully wrapped in Pride colours and staffed by an LGBTQ+ crew is on the move. Avanti yesterday launched the service, which will be filled with LGBTQ+ educational literature and posters, and will run on the West Coast Main Line. As it crossed the Dutton Viaduct in Cheshire, train manager Paul Austin said: ‘This is about being accepted for who I am and representing the LGBTQ+ community.’

RAIL passengers will be able to travel directly from London to Amsterdam and back from October 26, Eurostar has confirmed.

The firm already offers the outward journey non-stop but there is a change of trains at Brussels on the return leg. The new service will cut the length of the trip to London St Pancras from five hours to four hours and nine minutes.

Tickets go on sale next Tuesday, from £40 each way. Travellers will also be able to go to London direct from Rotterdam in three hours 29 minutes.

Corner shop sales dip by 12% on Eat Out deal days

CONVENIENCE stores and corner shops have seen sales fall 12 per cent on the days when the chancellor’s Eat Out to Help Out scheme is on, industry data shows.

Retailers are reporting ‘dents in footfall’ as consumers are ‘lured’ away by the half-price meal deal on Mondays to Wednesdays, said trade journal The Grocer.

Meanwhile, pub and restaurant staff have cashed in on bigger tips from diners enjoying the discount meals. QR-coded platform TiPJAR said tip transactions were up 145 per cent over three days at the start of August when the scheme began.