Andrew Bailey, head of the Financial Conduct Authority (FCA), said that Mr Woodford should ‘consider his position’ on charging an estimated £100,000 in daily fees.

It comes after the Woodford Equity Income Fund blocked investors from taking their money out last week.

Mr Bailey said he agreed with calls by Nicky Morgan, chair of the Treasury parliamentary select committee, who called for the fees to be set aside.

‘However, from our point of view, we need him to manage these assets more than ever because his job now is to get this fund back into a position where there can be orderly trading. So he has his work cut out now.’

Mr Woodford (pictured) suspended the fund ‘to protect the interests’ of investors after they withdrew around £560million over the previous four weeks. Its reported value of £3.7billion was down heavily on the £6.8billion recorded a year ago.

It emerged last week that the FCA was demanding answers from Mr Woodford and his brokers over their decision to invest heavily in unlisted companies based offshore in Guernsey.

TED BAKER’S value plunged by more than a quarter yesterday after a profit warning.

Shares in the fashion brand — whose founder, Ray Kelvin (below), left in March following allegations of harassment — fell 29 per cent as it laid bare the impact of falling sales in tough retail conditions.

The firm warned annual pre-tax profits this year could be £50million-£60million — well below the £70million forecast. It also reported a 2.6 per cent fall in like-for-like retail sales in the 19 weeks to June 8. The group blamed ‘difficult and unpredictable’ conditions, unseasonable weather in the US and intense global discounting. 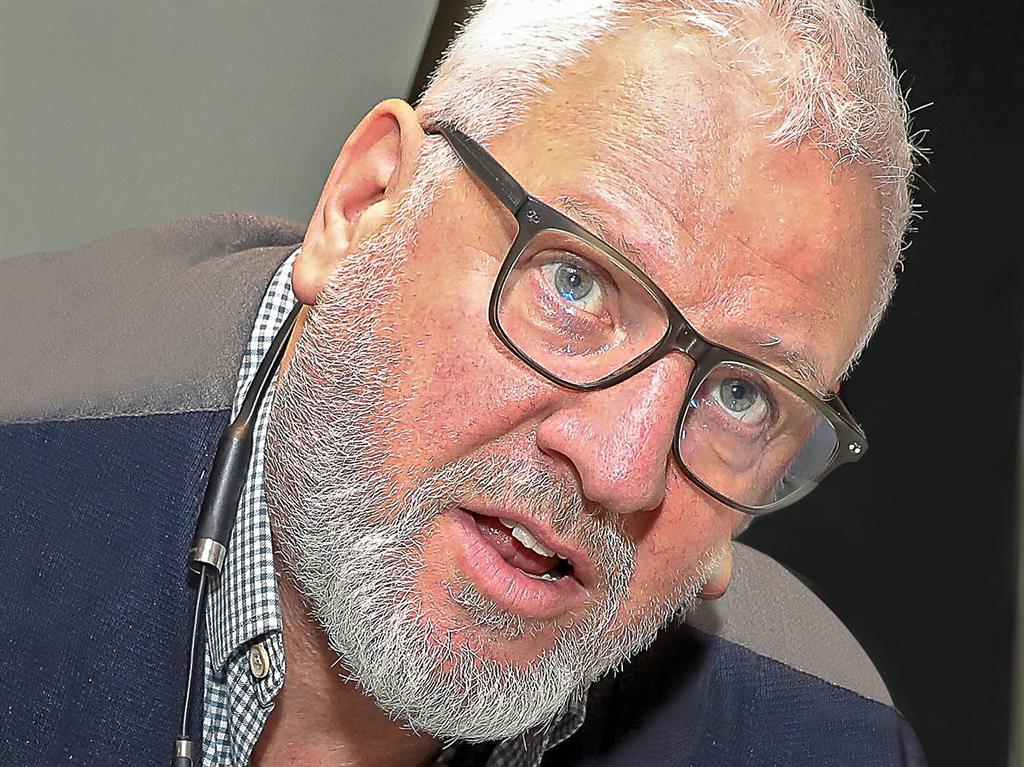 New boss Lindsay Page said they were ‘relentlessly focused’ on cutting costs to offset the difficulties. He said: ‘We are proactively addressing the challenges we face. We’re confident in our collections for the coming season.’

MORE than eight in ten homeowners expect house prices to grow in the next six months — but there is a clear north-south divide in confidence, a survey finds. About nine in ten in Yorkshire and the Humber, the north-west of England and Scotland expect increases. In London, two out of three are optimistic about rises, making it the least confident area in the UK. Laura Howard, of Zoopla, which polled 2,000 people, said: ‘Consumer sentiment plays a crucial role in the health of the housing market.’

■ HUAWEI says it would have become the world’s No.1 smartphone maker by the end of the year if it were not for ‘unexpected’ circumstances — a veiled reference to the US blacklisting the firm as part of its trade war with China.

■ EMPLOYMENT remains at an all-time high, with the rate for women the highest on record. The Office for National Statistics said there were 32.7million people in work in April compared to 1.3million jobless.

■ ONE in seven people were unable to use their payment card due to IT glitches in the past year, a Which? survey found — equating to 7.3million people if applied across the UK. One in 20 experienced it more than once.

■ SPORTS Direct has made a last-ditch legal bid to stop a rescue deal between Debenhams and creditors that would see 50 stores close. The Mike Ashley firm took a £150million hit when the store chain collapsed.

■ TECH jobs are booming outside London with a record 1.7million openings last year. More than ten per cent of people in Oxford, Cambridge, Reading, Belfast and Newcastle now work in the sector, figures show.