ROYAL MAIL says 28 areas are receiving limited delivery services because of the effects of Covid-19. The ‘blacklist’ zones, 27 in England and one in Northern Ireland, are no longer receiving regular post due to growing numbers of staff off sick or self-isolating. The affected areas include 13 in or near London, with some people saying they have not received any mail since December 12. Unions have urged the government to prioritise postal workers for vaccinations.

Today’s shopping ‘being paid for by tomorrow’s taxpayers’

RESILIENT retail spending has been ‘funded by tomorrow’s taxpayers’, the Bank of England’s deputy governor has warned.

The furlough scheme has been the ‘single most important factor’ in preventing the worst recession on record from forcing households to cut back, Ben Broadbent said.

But he added: ‘This isn’t a free lunch — higher government debt has to be paid for eventually.’

The economy is expected to contract in the first quarter of the year, pushing Britain into a double-dip recession, Mr Broadbent said. He said last year’s fall in output was on track to be the biggest since quarterly records began in 1920.

But shoppers splashed out more cash, not less, helping to prevent the decline in prices that might have been expected.

‘GDP growth may have been the weakest on record but retail spending growth is just about the strongest,’ Mr Broadbent added.

Chancellor Rishi Sunak warned yesterday that the public finances ‘have been badly damaged’. 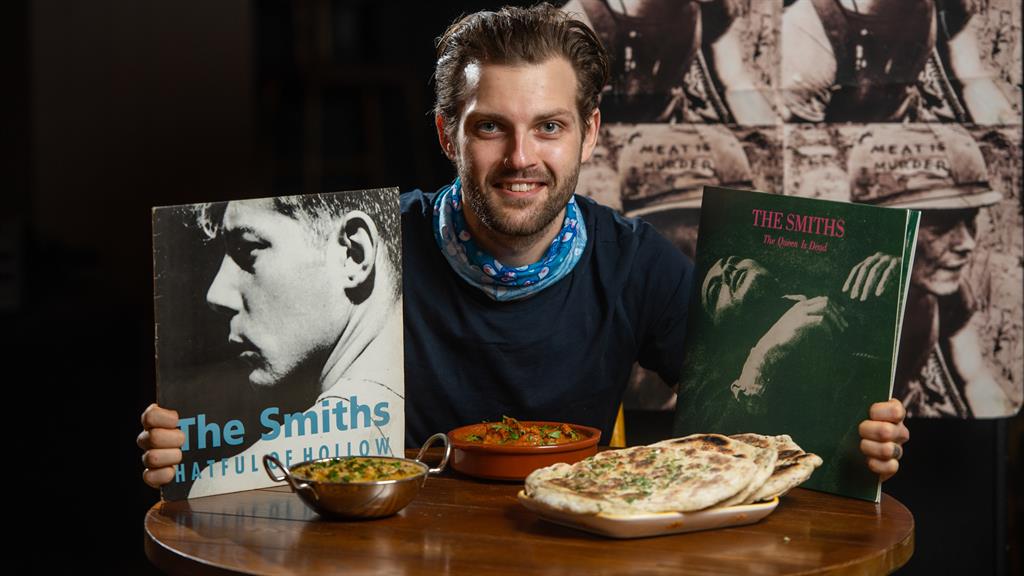 THE SMITHS fan Max Paley (pictured), 25, has opened a Manchester curry house called This Charming Naan in honour of his favourite band — with dishes Girlfriend In A Korma and Last Night I Dreamt That Some Bhaji Loved Me, named by Smiths drummer Mike Joyce. And frontman Morrissey, who sang Meat Is Murder, would be proud, as the takeaway is vegan. PICTURE: SWNS

B&Q and Screwfix’s owner has seen a surge in sales as the DIY boom continues. Kingfisher saw a 16.9 per cent rise in the ten weeks to January 9 — backed by online growth of more than 150 per cent on 2020. The retailer, which has enjoyed ‘essential’ status in the pandemic, is benefiting from bored householders looking to update their homes and expects annual profits to be around £742million.

■ ONLINE greeting cards and gifts retailer Moonpig is to be floated on the stock market for more than £1billion after sales boomed during the pandemic. The group boasts a 60 per cent share of the UK’s online cards market and saw sales soar 135 per cent to £155.9million in the half-year to October 31, said boss Nickyl Raithatha.