THE cost of going into the red in an arranged overdraft with the Nationwide Building Society is set to double.

A single rate of 39.9 per cent will come in across all adult current accounts.

It follows a Financial Conduct Authority clampdown on overdraft charges, which, from next April, will force lenders to show a simple annual rate.

Martin Lewis (above), founder of MoneySavingExpert.com, said: ‘On the surface, Nationwide’s new standard overdraft rate is shocking — far more than a high street credit card.’ But he said overdraft costs have been ‘hideous’ for some time.

‘Nationwide currently charges 50p a day on major accounts, and per day charges — especially for those with smaller overdrafts — can have effective equivalent APRs higher even than the scourge that is payday loans.’

Urging hard-hit customers to consider other accounts, he added: ‘The shock is more that the costs are more transparent and easier to compare.’

Around 800,000 Nationwide customers typically use their overdraft each month.

The new rate will apply across its FlexDirect, FlexPlus and FlexAccount products. FlexAccount customers have been able to get an 18.9 per cent rate.

But customers will have some relief as all unarranged borrowing charges as well as paid and unpaid transaction fees will also be removed.

SAMSUNG is ‘ready’ to release its £1,800 Galaxy Fold smartphone after making ‘necessary improvements’.

The South Korean tech giant was forced to delay its first foldable phone after a number of early testers reported issues with the screen.

It had been due to launch in the UK on May 3 but it will now go on sale in September in ‘selected markets’. 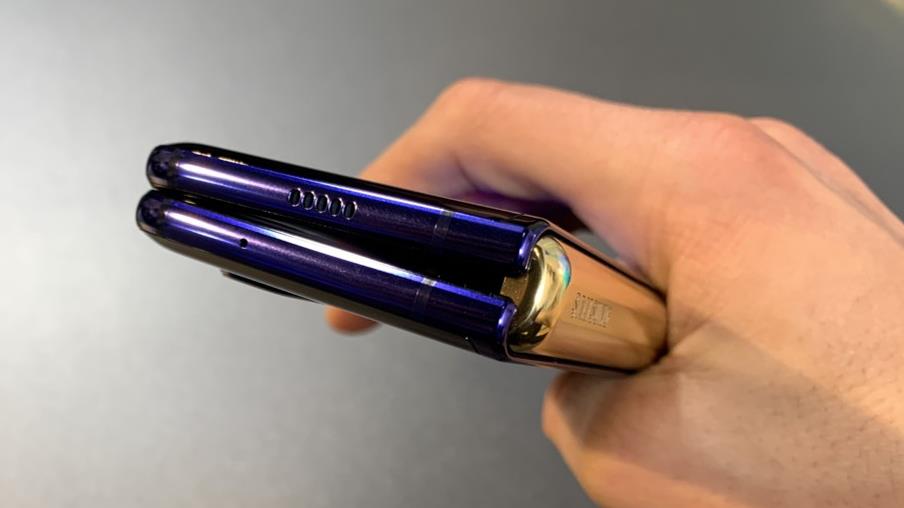 The Galaxy Fold has a single screen, like that of a traditional smartphone, which can then be unfolded to reveal a larger, tablet-sized screen inside the device.

Samsung said it had ‘taken the time to fully evaluate the product design’ and run ‘rigorous tests to validate the changes we made’.

A number of other smartphone makers are also said to be working on foldable phones.

One in four workers running a ‘side hustle’

MILLIONS of workers have a ‘side hustle’ to boost their income and pursue their passions, a study finds.

One in four adults in full-time employment has after-hours jobs that bring in an extra £6,600 a year. Fifteen per cent earn an extra £12,000.

Simon Braier, of Vistaprint, which is behind the study, said employees ‘look for financial, professional and personal fulfilment that may not be present in their main job’.

■ NISSAN is expected to spare the UK when it axes 12,500 jobs globally. The Japanese firm, which will cut 6,400 jobs this year, makes the Leaf electric car in Sunderland, where the new Qashqai and Juke will also be made.

■ DRUGS giant AstraZeneca’s market value was boosted by more than £4billion yesterday after it posted its fourth straight quarterly sales rise. The Anglo-Swedish firm’s sales leapt 14 per cent to £4.6billion.

■ THE European Central Bank has approved International Monetary Fund chief Christine Lagarde as its next head, confirming she is ‘of recognised standing’. The European Council must also confirm the role.

■ A PIZZA firm is catching customers’ noses instead of their eyes by using menus that smell of its Italian offerings. Pizza Boys, in Bicester, Oxfordshire, has coated its menus with varnish smelling of margherita pizza topped with oregano.