SHARES in Sports Direct plunged to an eight-year low as investors reacted to the farcical scenes on Friday when Mike Ashley’s company delayed its results until after the stock market closed.

In early trading yesterday, shares plummeted as much as 27 per cent, before recovering to be down nine per cent, or 21p off at 208.8p.

It came after a shock revelation that Belgian authorities are chasing Sports Direct for a £605million tax bill.

The company said it would challenge the demand, adding it was ‘less than probable’ that VAT and penalties would be due in Belgium as a result of the tax audit.

On top of that came a warning that the group’s House of Fraser chain has ‘terminal’ problems. Sports Direct admitted it would have reconsidered its decision to buy the department store a year ago. Independent retail analyst Nick Bubb said: ‘The admission that the self-inflicted problems of House of Fraser make it impossible to provide any earnings growth target this year was unsettling, as was the news that brand relationships with Nike and Adidas have deteriorated again.’

Jonathan Pritchard and John Stevenson, at Peel Hunt, added: ‘Friday’s delays and general nonsense weren’t maverick or slapstick, they were an exasperating and rude means of avoiding analytical questioning on a very disappointing 2019.’

The company said chief finance officer Jon Kempster will step down in September — following head of retail Karen Byers and company secretary Cameron Olsen out of the door.

Only 149 days to go so Selfridges opens its Christmas shop

JUST days after record-breaking heat, Selfridges has ushered in a new season of wintry cheer by opening its Christmas shop.

The department store claims it is the first in the world to unveil its festive wares — starting 149 days ahead of the special December date.

Shelves in London are already heaving with Christmas baubles ranging from a £6 glass style to David Bowie’s face or a £45 Santa on a motorcycle. Shoppers can also buy a £100 12in Santa Yoga figurine, but will have to wait until September to snap up a £2,000 pre-lit Bedminster fake Christmas tree or a £95 tree topper in gold velvet. 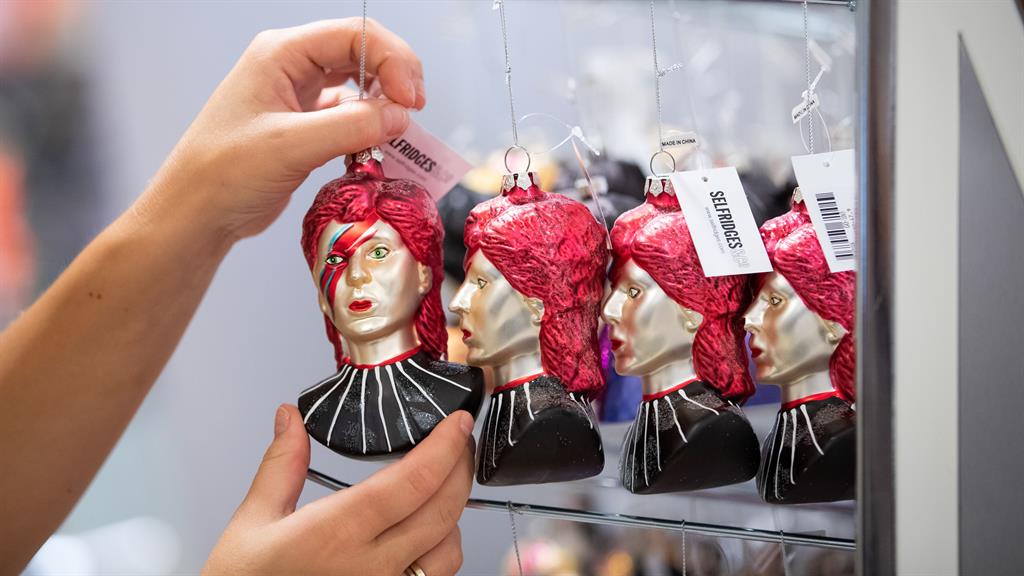 Eleanor Gregory, of Selfridges, said the summer shop addresses growing demand from customers who shop early ‘to get it wrapped and taken off their to-do list’.

Boeing jet ‘made with insufficient resources’

A FORMER Boeing engineer says there was a ‘lack of sufficient resources’ to properly make the 737 Max plane that was involved in two disasters.

Adam Dickson led a team of engineers on the plane, which was grounded in March after 346 people died in crashes in Ethiopia and Indonesia.

He also told BBC’s Panorama ‘the culture was very cost-centred’ with engineers given targets. ‘My family won’t fly on a 737 Max,’ he added.

Boeing said its ex-employee’s comments were not correct and is devising a software patch to avoid future disasters.

■ INSURER Hiscox has seen a 3.3 per cent rise in pre-tax profits, despite disasters such as Florida’s Hurricane Michael prompting an increase in claims. The firm made £135.8million in the six months to June 30.

■ JUST Eat and Dutch rival Takeaway.com have agreed a £9billion merger, to create one of the world’s biggest online food delivery firms. Both boards backed the deal but there was talk Delivery Hero may make a rival offer.

■ VIAGRA maker Pfizer is set to buy EpiPen producer Mylan and create a group with up to £16billion annual revenues. Michael Goettler, president of Upjohn, the branch that makes the little blue pill, will lead the new firm.

■ RYANAIR saw its profits fall 21 per cent to £219million in the three months to the end of June, citing lower fares and higher fuel and staff costs. The airline said average fares fell six per cent year on year.

■ THE Shetland Isles is enjoying a boom in knitting tourism. Shetland Wool Adventures, which offers hiking and lessons in the craft for £1,790 a week, has hosted visitors from Japan, Texas and Tasmania.