THOSE behind the murders of Saudi journalist Jamal Khashoggi (below) and Russian lawyer Sergei Magnitsky will be among the first to face UK sanctions for human rights abuses. Foreign secretary Dominic Raab told the Commons that two senior Myanmar generals involved in the brutal suppression of the minority Rohingya population and two organisations linked with North Korea’s gulags will also be subject to asset freezes and travel bans. 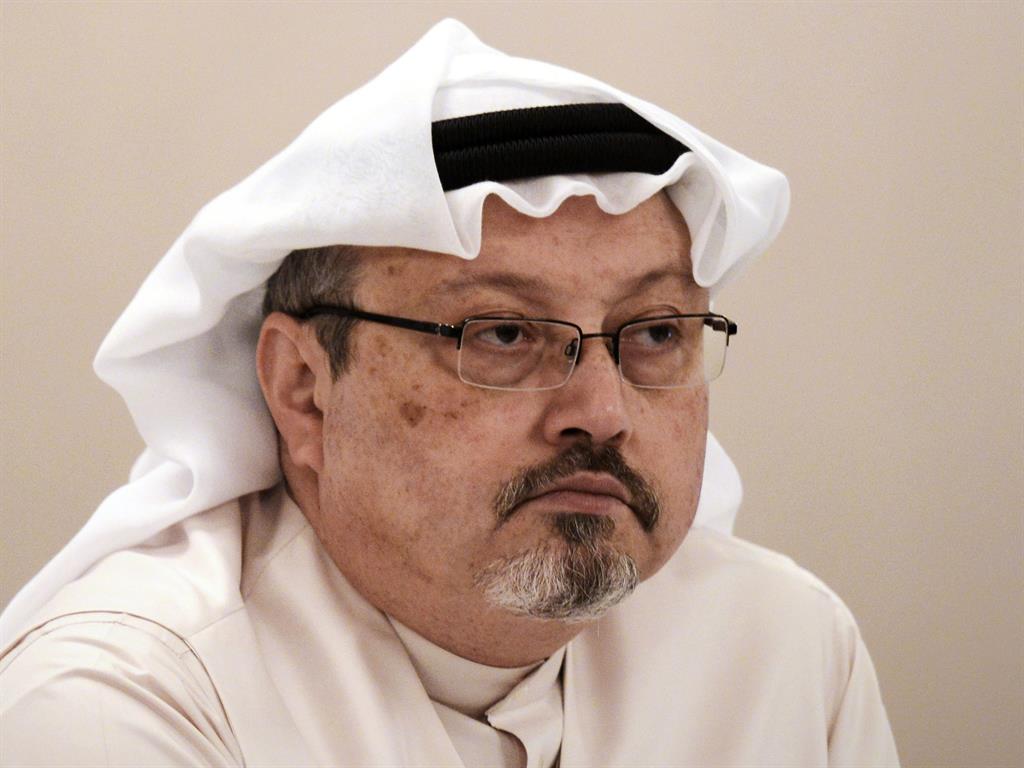 Mr Raab told MPs the sanctions were aimed at 49 perpetrators of the ‘worst human rights abuses’, with the list made up of ‘the thugs of despots, the henchmen of dictators’, all of whom had ‘blood on their hands’. The move marks the first time the UK has imposed its own human rights sanctions since Brexit.

AT LEAST 1,000 jobs are at risk after Pret A Manger announced it is to permanently shut 30 of its 300 stores and cut staff numbers at many remaining outlets. The sandwich chain said sales have fallen by 74 per cent compared with the same period last year — and blamed it on more people working from home. Pret said it had faced ‘significant operating losses’ and will soon start consultations with staff. It also hopes to sell the lease at its main support office near London’s Victoria station. Chief executive Pano Christou said: ‘It’s a sad day for the whole Pret family, and I’m devastated we will be losing so many employees. These decisions are not a reflection on anyone’s work or commitment but we must make changes to succeed in the new retail environment.’

Lloyds boss Horta-Osorio to step down in shake-up

THE chief executive who steered Lloyds Bank through the financial crisis and the PPI mis-selling scandal is to step down next year in a shake-up at the top. Antonio Horta-Osorio will leave at the end of June after a decade in charge. Chairman Lord Blackwell will also step down early next year to be replaced by Robin Budenberg, who will retain his role as chairman of the Crown Estate.

BRITISH AIRWAYS is under increasing pressure to halt proposed job cuts amid claims the airline is damaging its brand. The Unite union said a survey of 2,000 members of the public found that seven in ten believed BA was wrong to be proposing to axe thousands of staff. Three out of five agreed the airline was ‘taking advantage of a national crisis to boost shareholder profits’. Unite’s Sharon Graham branded the plans ‘disgraceful’. BA said it was in a period of consultation and that no decisions had been taken regarding redundancies.

AT LEAST 2.2million people will be unemployed by Christmas 2021 unless the government takes urgent action to support the economy, a think-tank has said. The New Economics Foundation (NEF) has called for £28.3billion to be spent on ‘quick-to-deploy green infrastructure projects’. It claims the move could create more than 400,000 full-time jobs in areas such as home insulation and new training and skills initiatives. NEF economist Lukasz Krebel said the economy was ‘not about to bounce back of its own accord’. He said by Christmas 2021, there could be ‘almost 1million more people unable to find work’ than last December, adding: ‘We cannot return to business as usual. That means not only creating jobs as fast as possible but doing so in a way that tackles long-term challenges.’

■ THE Royal Mail is to trial the use of electric vans for parcel and letter deliveries in a bid to reduce carbon emissions. The company is teaming up with the London Electric Vehicle Company to trial its new VN5 vehicles, based on a London taxi cab. Trials will be held over the next six months in Birmingham, Derby, Leeds, Edinburgh and Bristol.

■ THE ‘Big Four’ auditors — EY, Deloitte, KPMG and Grant Thornton — will be forced to build a ‘Chinese wall’ between their audit arms and consulting departments after a series of high-profile failures. The Financial Reporting Council wants no ‘cross-contamination’ between the companies’ auditors and other parts of the business that may influence the quality of their work.