DETTOL sales have surged amid demand for hygiene products as the coronavirus outbreak continues to spread.

Pictures of the disinfectant’s label went viral recently because of claims it can kill the Covid-19 virus.

It is seen as providing protection against the spread of the disease, although maker Reckitt Benckiser (RB) said its effectiveness had not been scientifically proven.

The company said it was working alongside public health authorities across the world to provide people in affected areas with more information about the necessary hygiene measures to take.

The healthcare giant added the outbreak had resulted in ‘increased online activity’ for its customers in China.

However, it was seeing some disruption to offline retailers, distribution channels and the supply chain connected to China.

RB said it was currently ‘too early’ to assess the impact of coronavirus on the operational and financial performance of the group.

It comes as the London-listed company posted a £1.9billion operating loss for the year after taking a £5billion hit on its purchase of the Mead Johnson nutrition business.

The write-down overshadowed a two per cent sales rise to £12.8billion for the year to December.

Chief executive Laxman Narasimhan said: ‘We ended 2019 broadly in line with our expectations for net revenue growth and adjusted operating profit from October, as our hygiene business delivered another stable performance.’

GREAT British Bake Off winner Candice Brown just can’t beer a tax on ale… even climbing inside a pint glass outside parliament to prove her point.

The pub owner joined the Long Live The Local campaign to call for a cut in beer duty yesterday. 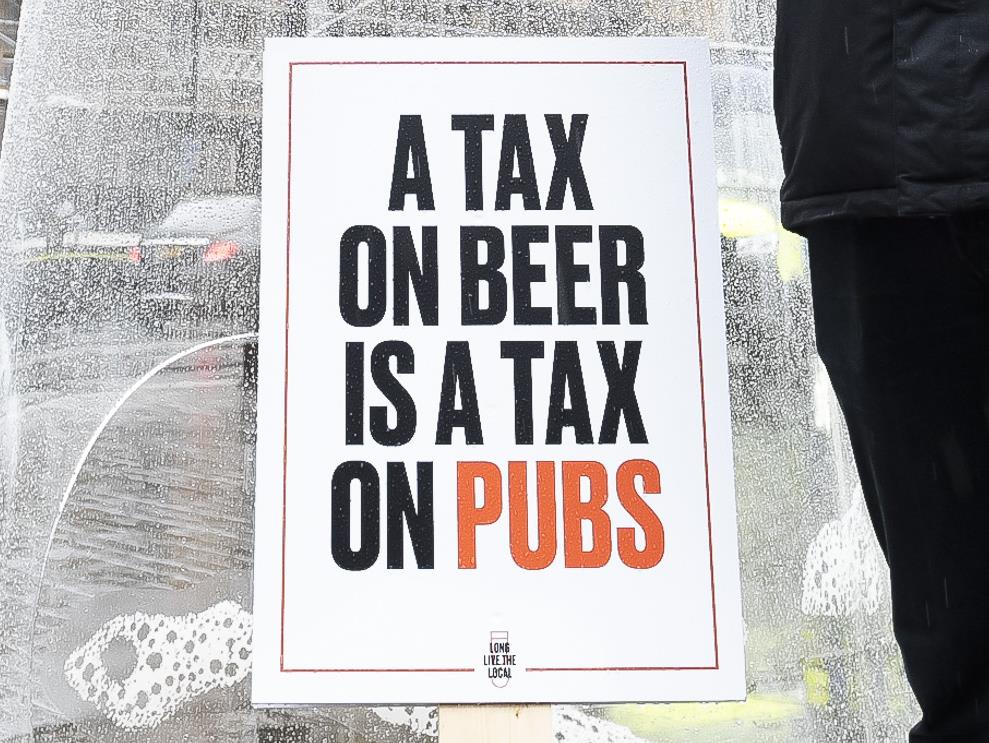 ‘Pubs are the beating heart of cities, towns and villages,’ said Brown, who was ‘trapped’ under the glass to represent the pressure on landlords. ‘They not only provide jobs but a place where everyone and anyone can socialise.’

The campaign urged chancellor Rishi Sunak to take action, warning that the tax causes local pubs to close and ‘damages communities’. UK drinkers paid as much so far this year as Germans will for all of 2020, it added.

Chief executives put in the most unpaid hours — 12 a week — with teachers not far behind.

The TUC said today is Work Your Proper Hours Day — the date when the average person working unpaid hours starts earning money for themselves.

■ ONE of Europe’s biggest coal-fired power stations will phase out the fuel from next year. Drax will close coal units at Selby, North Yorkshire, in efforts to become ‘a world-leading carbon negative company by 2030’.

■ NATIONAL EXPRESS has pledged to make its fleet emissions-free by 2035. The firm has stopped buying diesel vehicles and is to launch its first electric coach service — between London and Stansted airport.

■ HOUSEBUILDER Persimmon’s boss David Jenkinson is quitting after just 15 months on the back of a profit dip amid concerns over build quality. Sales of new homes fell four per cent to 15,855 in 2019.

■ TOPPS TILES has issued a profits warning as customers rein in DIY spending. The retailer’s share price fell a quarter after it revealed a 5.5 per cent drop in like-for-like sales for the eight weeks to last Saturday.

■ WPP has seen pre-tax profits fall 22 per cent to £982million for 2019. It was the first year of the advertising giant’s turnaround plan after founder Sir Martin Sorrell had stepped down as chief executive and left the company.